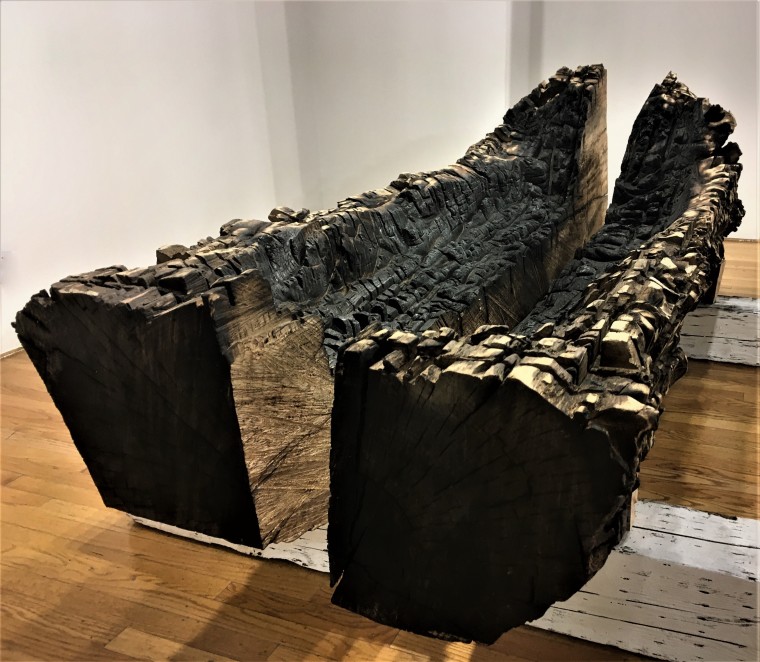 THE SHAPE OF SILENCE

We pass the silence back and forth
like a conversation
or a cellar of salt
only the clink of a fork on a chipped plate
a swallow from the glass of white wine
the scrape of a chair pushed back
only an occasional question
is the rice too salty?
any mail?
did you water the roses?
is our love tired and old, sleeping most of the day
bored out of its metaphorical mind
should we sail to the Galapagos, spend a weekend
in Paris, hoping to reignite the gone-ago blaze
or is this the silence after years of sharing
children, chicken pox, summers on Cape Cod,
cancer, arthritis, shingles and grandchildren
winning soccer trophies, riding two wheelers
and falling asleep in our arms
the silence of lamplight
the flight of a swallow
the silence of apricots in a crystal bowl
and footsteps fading on a winter’s walk

The questions at the beginning of the poem feel like enough, though we know where we’re going, and then the weight toward the end begins to crush us.  The conclusion is an ambiguity where we, like the speaker, are both afraid and relieved to be beyond some work but worried yet about what happens next?

Delightfully deceptive:  its prosaic bits, its unwieldy form, its logic losing itself in imagery – all prove part and parcel of the poem’s meaning.  The intrusion of tropes of contemporary romance into the domestic scene seems forced – but that’s the point; it is forced, the speaker seeming to feel an obligation to pay lip service to outside ideas of what ‘love’ means, which ideas seem no more than whimsy against the sharing of the weighty and fulfilling business of raising generations of children, and of the accumulated sufferings of long life.  The poem’s question is finally answered in the sense of contentment evoked by the closing series of images, with their quiet, humble beauty.  (Editorial suggestion:  how about ‘Cape Cod summers’?)