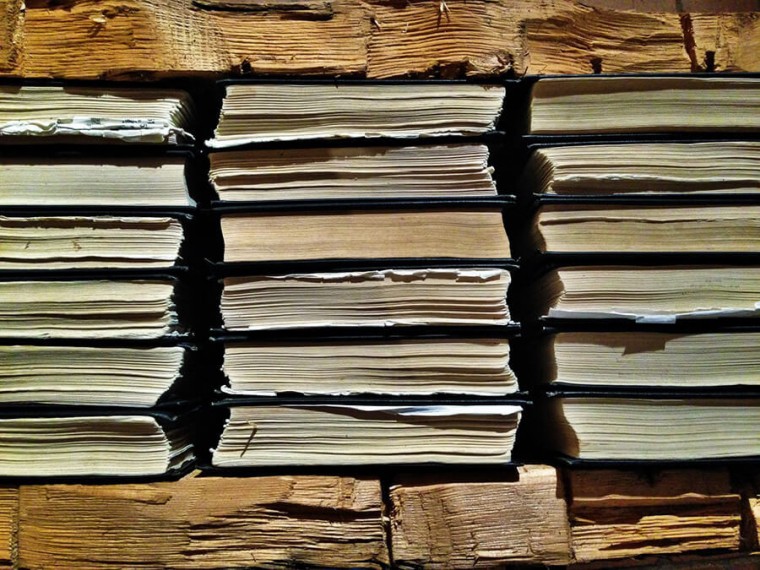 offering concerts I am writing to you

at a general email address the only one

in several plausible searches hoping this

with an open heart with curiosity and

{me} for your concert series

converse with me and ultimately

invite me to perform for you as part of

understand the numbers are against me

the odds are against me

but I hold out this flower

to you hoping you will accept

this long-stemmed flower and

grant me a few words and

not let the hope you give to me

be a vain hope

What impresses me most in poetry is when I see someone try something I’ve seen be tried often before, but then succeed where others failed through the addition of one or two new elements. Originality in execution is far more impressive than originality in concept – it’s the reason so much shape poetry fails to connect emotionally when compared with straightforward free verse. A poem offering a take on the cynicism of the form letter is something that I think a lot of poets attempt and give up on (I know I have), and those that do manage to put together a completed version generally then have the good sense not to send it out, given the obvious danger it will come across as something of an insult to the editors that read it – “wait, so when you said you were an admirer of the great work we have done, that was something you say to everyone??”.

It’s to Oni Buchanan’s credit then that not only did she ignore common sense and submitted this poem for publication, but also that she managed to pull off such a spectacular version of what a lot of other poets have tried only in a half-assed way. Generally, when people try to write poems like this, I think the instinct is to find some second tone to balance the cynicism of the already flippant admission of the “form cover letter”, either by adding some lyrical flair to soften the sales pitch, or else to refuse all lyricality and write purely in clinical language, in the hope that the bullheaded humour is enough to push it through.

Buchanan’s trick (which is one of those that seems obvious only after you see someone else do it) is to marry the two, dotting the poem with notes about the percentages of success that different phrases will have, and then following these with an impressive slide from salespitch to poetry at the end. It’s a delicate balancing act, a daring one and one that’s bothered me since I read it, in the “why didn’t I think of that?” sense.

A candid, almost confessional and intimate composition on a subject that I feel very few of us would be comfortable and confident enough to tackle: the doors, the system of vetting that we regularly encounter, the process of self-marketing (when not plain competition) that we put our work and ourselves routinely through.

Winnicott talks about artists as people who are drawn between the desire to communicate and the desire to hide. Whilst hiding it’s easily done (for some of us at least), talking and expecting answers from a brick wall it’s proved to be more challenging.

In a world where every type of demand is submerged by a surplus of offer and every type of offer is met with a surplus of demand, in a world seemingly capable of satisfying every need and vanity, we find ourselves realizing the odds are against us as we try to find an interlocutor who will listen with an open heart with curiosity.

The veils are off in this poem. There’s a sort of a countdown that should leave us with the bitter aftertaste of a reality-check: if in the exercise of our art/passion/hobby we are after some genuine communication and reciprocity then yes, undoubtedly, the numbers are against.

We are stripped bare to face the essential point of our work: to create is not enough. What to do with our creations and how to address ourselves? I’d hate to exaggerate but it becomes almost a question of identity: when do you start calling yourself a poet/musician? Is there a threshold of publications, hours spent or followers, passed which you are authorized to call yourself an artist? And how does it even work in practical terms? Although I’m sure all of us have resolved these issues in the corduroy privacy of our study-rooms and trained ourselves to be good sports in the face of rejection, the sincerity and strength behind this poem are the real hopes we should count as our treasure.

Personally, I grew to like and nurture the locked doors I’ve encountered so far: not as a character-building exercise, but as a source of direction and pace of travel. I believe that without brick walls and rejections we won’t be able to orienteer ourselves or even entertain the desire to move.

I’m left however with one question: having always addressed the recipients of my covering letters using their {First_Name} I now wonder, is that where I went wrong?

A really terrific poem! I love how you moved from 50% to practically no chance at all. You have great humor here, but also show the anguish of the artist wanting acceptance. I especially like “hoping you might then read it/with an open heart with curiosity.” Yes! That’s what we hope for. Just a chance. I am not sure what the underscore is between “Last” and “Name” in the title. But I love the title. I also like the generic aspect of the poem. The parentheses are great. How many letters has this writer sent? My only questions are about the ending. Would it work to give more detail about the flower? What about changing the last line to “be in vain.” Thanks for such a good poem.

For me the tension between the line breaks that work against a fluid, coherent paragraphing a letter should demonstrate, and the hope that drives the speaker to create the letter in the first place is quite wonderful.  For example, the first line, “I found your name on a website” is straightforward, but the second line creates a tension with both the first line and the overall typical method of a submission cover letter, “offering concerts I am writing to you.”  In this way the speaker’s attempt to engage the addressee, all the while noting an evaporating chance of success, also breaks while it builds the attempt, the letter itself, which builds a very fun comment on how we go about seeking an audience for art.

This poem reminds us that anything can be the stuff of art, even email. Although it projects a loneliness and frustration, a wry, self-deprecating humor surfaces in almost every line, as the speaker, a musician, presents their case for an audition, a case they simultaneously undercut with a naïve self-awareness that they are actually writing a mass email template.

Although the email is crafted to sound personal, the poem’s title, “Dear {Salutation} {Last_Name},” declares it to be a template that will substitute mailing list data for the variables inside the curly brackets, a trope repeated at key points in the poem, even going so far as to render the musician’s own identity as the variable {me}.

The impersonality of the mail template is contrasted with the intimacy of “I hold out this flower / to you hoping you will accept / this long-stemmed flower,” poignant in view of the long odds against the success of this plea. But like so much about the poem, the poignancy is ironic: aimed at thousands and doomed to failure, just one more artificially chummy email.

And yet it only takes one – one venue willing to host the musician, one recipient who believes in the intimacy of the proffered rose – to make the desperate dream come true. And so why not send as many emails as possible? It’s not so different from submitting a written piece to dozens of periodicals, in the hope that it will speak to a single editor.

The poem engages a central paradox of the internet, the longing for connection versus depersonalization. At the same time, it begs the question of how things might have been different in pre-internet days. Thirty, forty, fifty years ago, earlier versions of the musician were struggling with similar dreams, frustrations, and desires.

In this sense the poem is perhaps a commentary on the shifting means of reaching for dreams, rather than on the dreams themselves. Whether the proffered rose is real or virtual, the frustration and loneliness remain the same.