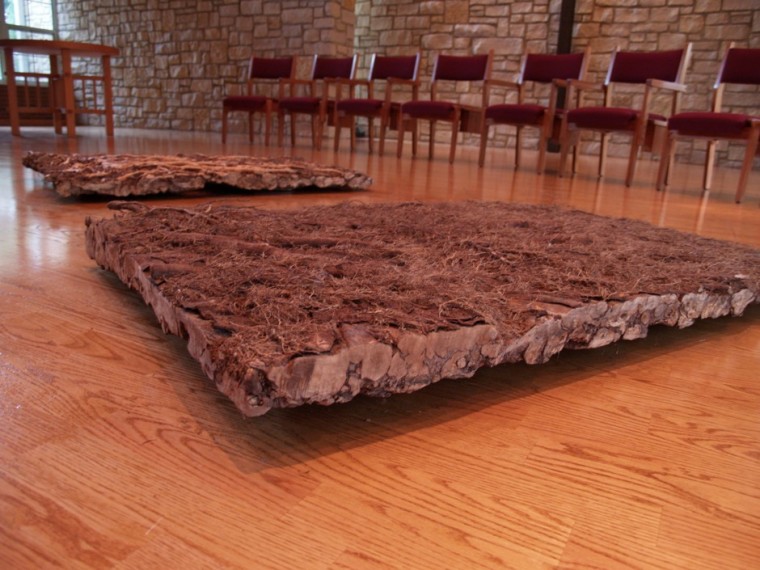 life in the cave

(In Movile Cave, in Romania, which has been hermetically sealed off for 5 million years, scientists have found nearly 50 species of living creatures, most of which have only been found in that cave. They have adapted to a lightless environment and a toxic atmosphere. In their fashion, they have thrived.)

Skittering in darkness, outsized limbs and antennae measuring the world for food and danger, the hunters seek the smaller hunters, that feed off bacteria bred in poison. Everything eats and is eaten. There are no shadows. Or, everything is shadow.

In the cave, small sounds like the insides of a dying clock that will not die, yet cannot measure seconds and minutes and hours accurately, but sputters them out in spasmodic, irregular sequences. These are the languages of desperation and indolence. Still, there is a regularity to everything, if the units of time are eat, breed and kill. But only if.

The darkness waits for the one big pallid thing, blobular and many-limbed, spidery and crude, to deliver all that lives there up into the world, to devour the light and all evil shining things ablaze with what is wrong. Each thing in the darkness waits, eats and breeds and dies waiting for the thing of things to come, to fix what is wrong, to tell them the darkness has meaning, that they have meaning, that the universe is theirs. The cave is the womb of some monstrous future, and the clocks up in the light have started to sputter.

Believe in the shadow that ever spreads.
Believe what we believe.

I wonder how many of those fifty species are already extinct thanks to the merging of their habitat with ours. Leaving history lessons of genocides and extinctions aside, here we gather – a fellowship of troglodytes/poets – around the system of erroneous beliefs we call Language: here we are, welcome to our page and outpost.

And it’s not like we haven’t faced these limitations before:

So the man gave names to all the livestock, the birds in the sky and all the wild animals. But for Adam no suitable helper was found. (Genesis 2:20.) Far from being enough, the exercise of naming has always had little to do with understanding, let alone owning.

This poem helped me a great deal, reminding me how little we know/little we are and, consequentially, even smaller we speak – as we speak – placing all our bets on a language that in essence is unable to cut through the reality of the living world, a language that tricks us in believing that it can deliver on our primordial instinct of manipulation/ownership of our habitat.

In my opinion, the greatest merit this poem has is to make us face The Other – the genetically and evolutionary different from us. The alien, the alienated.

As it often happens in these cases and thankful of the great lessons of the XX century, we come out at the other end of the process stunned and unsteady on our feet, not quite sure anymore on who the real alienated are.

Allegory of everything that is different and unfamiliar to us (a different evolutionary path, a different upbringing and cultural/economic background but also a different/hidden part of our own consciousness), when faced with Movile Cave and its millennia-long lockdown we realize that the words and the notions in our possession are simply insufficient distant approximations – when not plain patronising inaccuracies. Can we reject our past conjectures and even our own five senses? Can we suspend judgement on what’s clearly bigger than us and be receptive to new learning?

Ours is the language of desperation and indolence, by definition centred on the observer, a language that cannot portrait nor explain reality from a diverse point of view no matter the goodwill of the speaker. In this poem I feel all the desperation of a system of formalized syntaxes and semantics that is trying to grasp what is well out of its reach, all the posturing of a ludicrous and bullish attempt, all the indolence of not wanting to come to terms with what is right in front of us: a close cave.

Movile Cave thrived unaware of the dichotomies we base our existence on. By entering it, our language has introduced there the notion of darkness; by examining its pools, we have hinted at the possibility of poison and toxicity: it’s our darkness, our poison.

Movile Cave is another place where semioticians and existentialists can’t agree nor found an equivalent for their idea of half-full/half-empty puddle of whatever pap should be on the menu.

As far as I’m concerned, even though now open for business, Movile Cave carries on keeping all its secrets hidden from us. And that is just right.

Buck Mulligan peeped an instant under the mirror and then covered the bowl smartly.
– Back to barracks, he said sternly.
He added in a preacher’s tone:
– For this, O dearly beloved, is the genuine Christine: body and soul and blood and ouns. Slow music, please. Shut your eyes, gents. One moment. A little trouble about those white corpuscles. Silence, all. (James Joyce, Ulysses.)