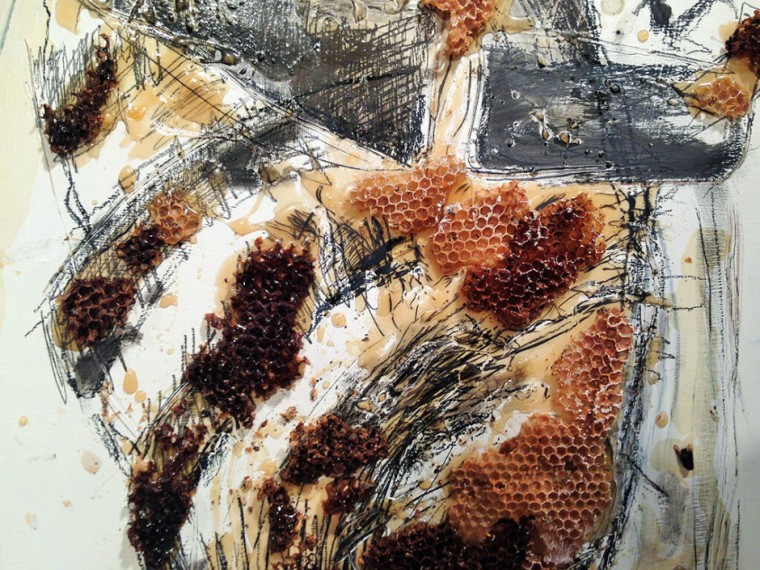 When out of long habit I wake at 3:30 a.m. and I find
myself stuck on one side of a fence and my right mind
stuck on the other—it’s time!—it’s time to get the bread
started to allow it a double rise and bake before dawn,
time to sign for the flour delivery and shine the display
cases and get the coffee on, will you help me out of bed
and down the long hallway to the sterile kitchen, past
the doors of so many others sleepless from old age,
and when we get there will you lift down one bag of flour?
Then I can do the rest; memory isn’t needed to turn and press,
turn and press what is sticky and jagged into something warm
and smooth. Then I might forgive myself: as long as the ink
on my shoulder reads ora et labora and as long as my mouth
can say I never missed a day of work in my life.

Note: These poems were inspired by a Radiolab podcast episode called A Bus To Nowhere

My early suspicion that these two poems might too closely touch each other was quickly smashed.  While each poem relies on the same strategy of working itself into specific details of each patient so as to support the reader’s reflection of life, living, deterioration, and death, the variety of the details and specific attention to images particular to each character keep the poems together as set without readers feeling like they’ve watched the same show twice.

The repetition of It’s time–it’s time in this sonnet echoes, I think, the refrain HURRY UP PLEASE ITS TIME from section II of The Wasteland. This poem holds a more redemptive curve than Eliot’s, from the speaker’s point of view and situation in which few can really imagine redemption: the dissolution of memory, personality and identity. I have an Orthodox friend, who in regards to his mother who’s been degenerating for the last seventeen years, refers to it as the Great Silence. For Edward, apparently, there is muscle memory that helps him to lean into identity after memory has departed, and also the mental habits of liturgy? Perhaps after my mind is gone I’ll still circle the landfill whispering ora et labora (work and pray) to myself, or like character from Memento, I’ll get it tattooed on my right shoulder in case I should forget and a mirror remind me?