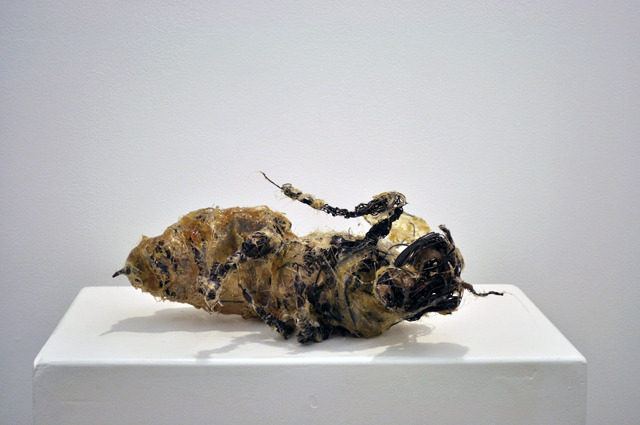 They were chugging to work. December. Mankato.
The rails of their thoughts invisible deep below zero.

He thinks back. Well it might. The little clouds
passed behind them as they breathed. There is always

something occurring but harder to find in the ice months.
Should have been gin in their tanks for antifreeze.

Could have been cold sun held up in the elm fingers.
A waiter’s tray. Stuff like that. Not like here. September.

A month with an “R”so Michael can eat right from the pilings.
Oysters clustered worse than grapes. Dangerous jumble

as if an armored crowd was caught in the act escaping fire
into the dark arsenic of treated wood. Such a plethora.

And sure fish but that’s normal. We expect them as fillets.
On boxes even more than upstream. These are new times.

After the years of additives and ozone after the liberal pesticides
as if we were the pests you can expect more unusual behavior.

And we’re getting it. And not just among those for whom
a broken wing means death in the wild.