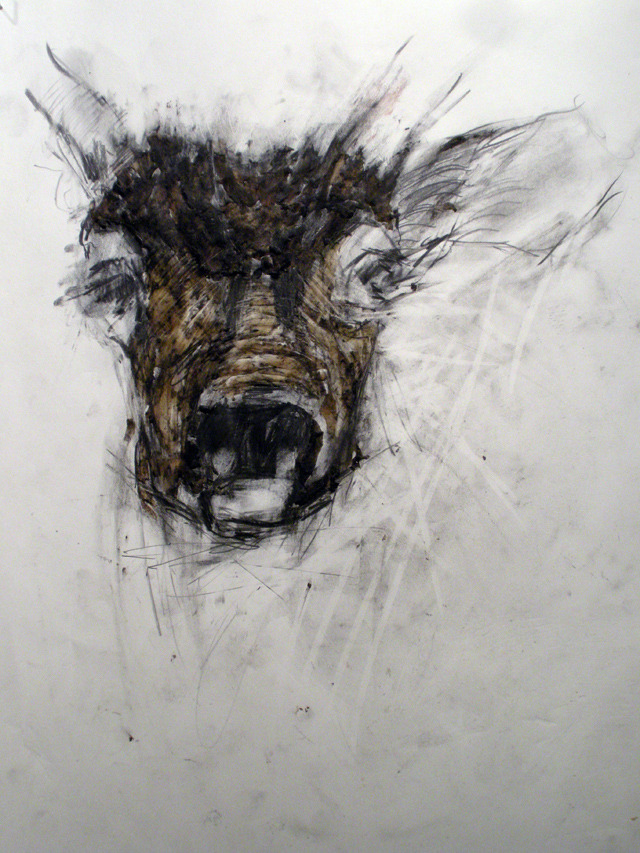 The Consolation of Geography

Though now and then, at twelve, I bored myself
(the way you do, when you’re back home from school—
from boarding school—and missing all your friends),
my Mom, a former teacher, was adept
at thinking of some things to do: some books
to read—although we only had a few,
dug out of missionary barrels, or
half-moldering in shelved humidity—
or little tasks to keep me occupied.
All books were scarce and precious things to her:
a Best Loved Poems and some Bobbsey Twins—
the Five Little Peppers and How They Grew;
Old Mother West Wind and her characters;
Smiling Hill Farm and Treasures of the Snow;
with some old Calvert correspondence books
she’d used with Sharon, Paul and Mark some years before;
The Black Stallion; even Gone With The Wind
(so packed with things I didn’t understand);
or Giants in the Earth (Mom’s favorite—hard);
and then, for endless wandering around,
our new World Book Encyclopedia.
I’d cycle to the market or take notes
to other missionaries, across town,
and wait for their replies—a break from heat.

There were no other missionary kids
around just then, or anywhere nearby.
Robby and Beth were long bus rides away,
would reappear in school again, or not—
they might be in America by then—
I didn’t know—but just too far away.
I wasn’t all that comfortable in Thai,
or not enough to make some local friends,
and anyway, I would be going back
to school in just a matter of some weeks—
and then, to top it off, I was so shy.
In spite of all that, yes, I tried, but found
I could not be the trophy kind of friend
it seemed these kids desired. I had no words
for this, but couldn’t find a way to play,
that simple way kids in their freedom do.
It was too fraught with something—I don’t know.
And Mom was busy with the language school—
new missionaries learning spoken Thai
with her and a tireless local teacher,
in long, slow, melodious morning classes.

Thai’s musical, sophisticated ways
of looking at the world, addressing it,
are challenging for Westerners to learn.
It doesn’t have the tenses we apply
in English, and is spiced with nuances
and senses—even silences—we don’t,
not readily, without some coaching, hear.
They had to learn to navigate the town,
to make some market purchases—and more:
how not to blunder, how to show respect
and how to listen, what to listen for,
when to be formal or colloquial,
and how to read the gestures that might go
along with all of it at any time.
The alphabet came much, much later on—
the rich complexities of reading it
and all the ornate rules of penmanship.
After all that, you might be ready for
the Bible, and perhaps to preach and teach.

But after all these pressures on her day,
Mom took me on long, cooling evening walks
around the old lagoon that had been dug
out to create a lake, there on the edge
of town (in those days), with a temple-like
pavilion, called a sala, floating on
an island in the middle, catching breeze.
I think they’d had some doubts about this place—
our “lake house”—it was $25
a month, much more than they’d been paying for
the haunted old hotel in town, but days
and nights were much improved without the smells
and flies around that tannery next door—
although some big mosquitoes drove us in
as soon as evening breezes dropped away.
We’d light a couple green mosquito coils
and try to focus on the click of tiles
for rounds of Scrabble, when we stayed up late.

Between Dad’s trips to Bangkok to arrange
for visas for new missionaries, or
to navigate them through bureaucracies;
between his forays out to villages
around the province in our old, green Jeep;
on days when he was home and in between
some meetings or some letters pounded out
like tattoos on some sheets of onionskin,
his Royal carriage hammering with dings—
he’d drive us up the hills to waterfalls,
where we would clamber high above the pools
and pry off boulders, watch them rumble down,
and cheer the way they cleaved the pool like bombs.
And Mark was gone, I would have liked to see
his rocky bombs, and show what I could do.
Dad said he’d done the same with Paul,
our older brother, fifteen years before.
Home in the Jeep, we sang trios against
the burning wind, and flashed across the bridge
that spanned the River Ping, in sudden rain.

I went by bicycle to fetch the mail,
taking the key to P.O. Box 15.
There would be letters, cards or packages
for us—and other missionaries, too—
and maybe even something there for me,
addressed to Master Daniel Overgaard,
PAR AVION, or FRAGILE! HANDLE WITH CARE!
Delivering the missionaries’ mail
I would be diplomatic, wait for stamps:
some brilliant ones from Germany, embossed
Elizabeths-in-silhouette from Britain,
and small, neat stamps from stamp-neat Netherlands.
I’d have a cup of tea with Uncle Jim,
cajoling him to teach me how to drum,
some of Aunt Ellen’s airmailed Scotch shortbread,
or Agnes’s fruitcake from Canada.
(Lord, I could name them all. Remember them.)
Werner would take me out to fly a kite
beside the river. After it got dark
we’d fiddle with his short-wave radio
and listen to the broadcasts from Peking—
those angry threats they hurled at running dogs—
some erudition from The B.B.C.;
or maybe, if we stayed up very late,
we’d catch the dusty, melancholy twangs
and jazzy voices of America.