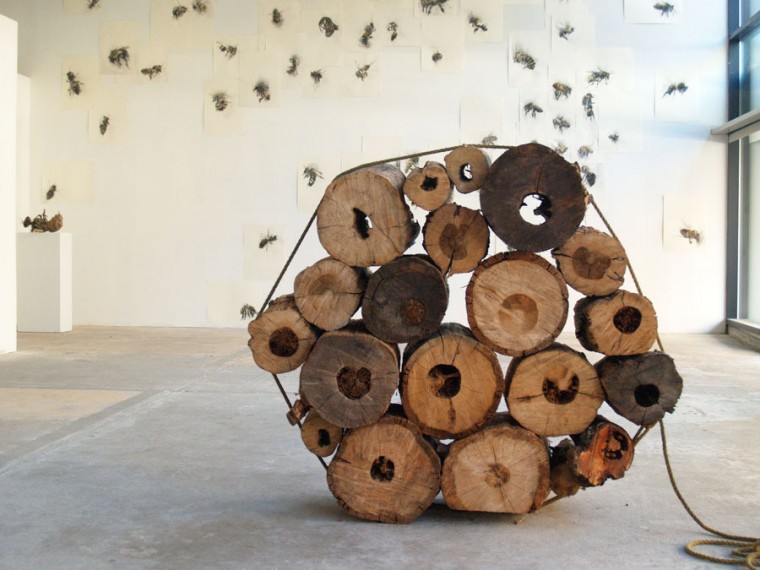 (The audio for this poem begins at 1:02–you can move the cursor ahead manually)

The angels hovered around our table,
Breaking bread with my missionary father.
Between bites of buffalo pounded to a state of grace
They described celestial wonders.
Reflective chaff dropped along the Ho Chi Minh trail
Letting them hear the smallest footfall from on high.
Enough bombs in their base to end the war overnight
If the politicians would only let them.

On fundraising sorties my father often described his radio ministry
As “God’s air force”
Softening the ground in preparation
For the occupying force to come.

Today he seemed transfigured
Sitting elbow to elbow with the power and the glory
As returning Thunderchiefs flew overhead
Rattling our windows with their
Song of praise.

Alan Gold exposes the deranged communion of military might and the Christian Right in “Sunday dinner with U.S. bombing pilots.”  The poet’s father, a radio missionary in Thailand during the Vietnam War, is saturated with virtue when he hosts Thunderchief pilots to a meal of buffalo “pounded to a state of grace.” The company of the Air Force’s avenging angels transfigures the minister. In his exaltation, he might as well turn blinding white as Christ does in the Gospels when God authenticates Jesus “as my Son, my Chosen One.” Throughout the poem, Gold incisively equates bombing raids and evangelical “sorties.”

When the father sits “elbow to elbow with the power and the glory,” I recalled The Lord’s Prayer and Graham Greene’s novel The Power and the Glory in which the Whiskey Priest earns his salvation through suffering, not by rubbing shoulders with lords of the high and mighty.  That association sped me to Greene’s masterpiece, The Quiet American, and a scene in an opium den contrasting with Gold’s depiction of the sacramental meal. During the First Indochina War, a French pilot says about his initiation into napalming civilians: “I thought, ‘This is the village where I was born. This is where Monsieur Dubois, my father’s old friend, lives. The baker—I was very fond of the baker when I was a child—is running away down there in the flames I’ve thrown.”

The Thunderchiefs at Gold’s table, possessing no such scruples, are eager to wreak the apocalypse on Southeast Asia. They are blind to the bonds between themselves and their victims. Of course, I’ve drawn an example from fiction, not history, but the pilot’s qualms seem plausible and the Thunderchiefs’ craving invokes the rhetoric of Pentagon brass during the incendiary Vietnam era, especially General Curtis LeMay who, in his autobiography, declares, “Let’s bomb them back to the Stone Age.”