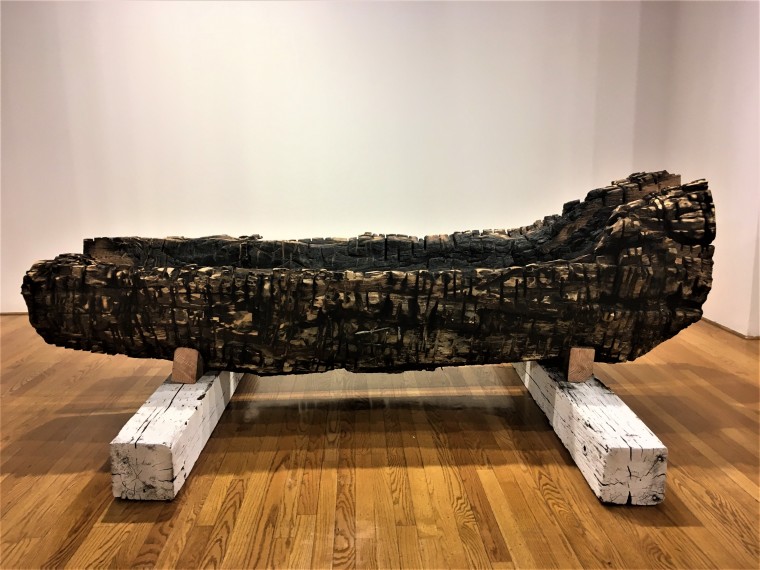 Lights out, no radar.

Judy: target in sight, locked on, got it.

Lake pipes: out the side, low, modified, improved.

Between the six: three pallbearers each side—carried out drunk. Also, to die.

Throw a seven: to vomit. Also, to die.

Sierra Hotel: shit-hot pilot, right stuff, doing it (at least until no longer doing it).

Cargo 200: zinc-lined coffins loaded at night and flown back home.

Thank you for your service.

There’s a lot to like about this poem, and I do love it, though I recognize not everybody would–the audience for it might even be narrow, though I would never go so far as to admit this, but let’s just state that some poems, while accomplished or even brilliant (say Eliot’s Four Quartets?) will have specialized or restricted audiences due to subject or style and will not be everybody’s or many’s cup of tea. I don’t personally see this as a problem for anybody but the poet perhaps. This poem, for example, is kind of a dark, masculine poem (meaning it contains a certain kind of bravado and attitude, a wry, sardonic humor in the face of death having to do with flying military planes)–the last thing it will concern itself with is being politically correct or attentive or empathetic to the needs of an audience that enjoys Mary Oliver’s worst poems. I.E., we are not talking about merely flying planes and hauling passengers or freight during peacetime, which certainly qualifies as dangerous enough, but flying planes during wartime when folks are actively trying to shoot you out of the sky and your job includes the added risk of bombing targets, or shooting others out of the sky, and routinely committing feats involving irregular levels of danger, craziness, and risk to the equipment and others. Perhaps, as it was for Capt. Nguyen Quy An, including acts of heroism and personal sacrifice that might involve piloting a King Bee called in after two previously failed attempts at extracting troops calling for air support and airlift while surrounded by Viet Cong and artillery whose sole aim and intention is to eradicate them and anyone aiding them, at enormous expense to themselves. This military context would be one’s duty and ‘day’ job that no other context explains or makes sense of and by which the danger to normal domestic and recreational flying (while real) pales in comparison. Therefore the officers and crew have come up with their own modified slang/jargon which offers shorthand for some of these exploits and situations which are so common and regularly occurring as to have inspired and warranted their own specialized terms.

Other contexts in which I’m aware of this same kind of inventive code of linguistic expression are trucking, and through rap, hip-hop and other venues of entertainment I am aware that urban gangs and drug culture create their own private language of colorful expressions and idioms. I’m sure there are more. In fact, I suspect any sub-culture that regularly deals in danger, violence and death involving some shared brotherhood, is necessary for survival as coded language, or provides a coping method against physical, mental and spiritual oppression (slaves in pre-Civil War America or the Resistance in WWII France or the Kulaks in Russian Gulags) would qualify. But especially soldiers facing mortality who must follow orders and deal with other debasements including facing their own evil and depravity daily. Even the Nazis, as the oppressors, did this very same thing–to survive in the midst of their own dehumanizing and spirit-killing devices?

Hood, I believe (based on two poems in this issue) is working on a series of ‘homage’ poems? He is celebrating something here. I think I know, and I’ve been dancing around it–whether ethically grounded and moral–dare we say good–or evil (the Nazis) there is a need in us to create specialized language utilizing black humor as a coping device demanded in certain situations. I will just say it’s a spiritual need in us when in contexts of debasement, deprivation, risk of death, while working toward some collective purpose or goal be it survival, sanity or victory during conflict. This is a list poem, and satirical like Ambrose Bierce’s Devil’s Dictionary. Hood may be a pacifist and anti-war? He may be celebrating the singular heroism of the few men who face death routinely (either unwittingly and drafted,  or career patriots who enlisted to serve for a complex variety of possible reasons including: love for country, it’s what one does as a male in my family for the last four generations, a great option vocationally, or lack of other better options, but not least of which could be a protective instinct to provide peace, liberty and justice for the majority of the nation even if it involves one’s own personal sacrifice of a normal life and family)? I’m not sure he’s taking a side, because the jargon in the poem doesn’t make direct moral judgements but is ethically neutral involving playful use of call signs and military alphabet.

Two last points: the list poem actually descends a track of intensity, beginning with the meaning for abort using the example of leaving a bar with ‘Let’s bingo,’ toward death: Sierra Hotel: shit-hot pilot, right stuff, doing it (at least until no longer doing it). / Cargo 200: zinc-lined coffins loaded at night and flown back home.

So the parts link and lend themselves to a whole which forms a loose narrative–the lower half referring to death/dying (obviously weighting this, like the proverbial Eskimos with a hundred words for snow). Secondly, I think it’s interesting stylistically that Hood chooses not to consistently list the specialized terminology with standard punctuation, like a dash or a colon, but mixes it up even throwing in some variation on spacing. This not only enhances the poem in a theme and variation, by breaking from a glossary-like military standard as in a handbook or a cheat sheet, but lends itself to a more poetic and narrative feel, and does all this very briefly and in a riveting descent toward this conclusion: Thank you for our service. Similar to suicide, a premature death as a result of becoming a military pilot (or any military personnel) leaves a hole in the world whether lost potential of the life in question or for those left behind. Taking the poem further by varying the punctuation is a step that a less accomplished poet would not have seen to make, or might merely have settled for less, thinking the poem was done after merely providing the list.  To Charles I say, Bravo Zulu.