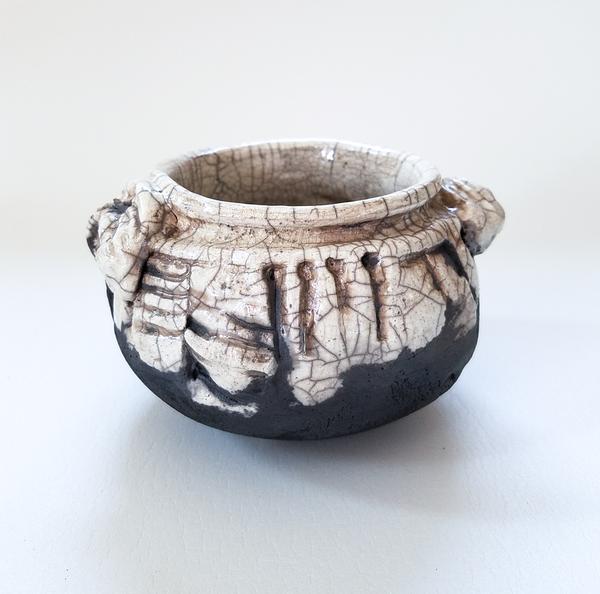 Taking the Train to Chicago in August

The specter of Pittsburgh penetrates the sleeper car,
four hundred and sixty-eight miles until Chicago.
Only my father, me, and those waiting
for the next stop remain awake.
Father and I sit in the club car eating walnuts and pistachios
while Amish families sleep on vinyl blue benches.
Across the river, neon spotlights break the outlines of skips
and furnaces and the bridges of the Golden Triangle blaze
on both the black water and sky.
The club car is no longer serving beverages and hamburgers
and we drank the last two beers from our cooler hours ago,
somewhere when the rails and the Potomac parted.
Morning, in Gary, Indiana, we sip coffee from Styrofoam cups
as the train creeps between the rusted carcasses
of U.S. Steel mills and shipment yards.
I ask him, is this industrial America?
Is this America without the Appalachians?
He says, America is the railroad
and tells me about the West, Alaska, the desert at sunrise,
riding the rails from Cumberland, Maryland
to Seattle, through California and the South,
how he saw America—places I haven’t been yet.
We watch old black men passing cards in another hand of pinochle
and skinny Japanese children tumble through the aisles.
Now I want my father and the sway of the train cars on the rails.

The rhythm of this poem is perfect for a train ride. It casts a spell. Almost a still life or a series of slides. The tone is of loss. No beverages or hamburgers, the beer gone and the “rusted carcasses.” A good build up. It seems as though the writer/speaker is observing rather than participating. I think this is a comment on his relationship with her father. My favorite line is “as the rain creeps between the rusted carcasses/of U.S. Steel mills and shipment yards.” The girl/speaker wants more from her father. The last line is terrific and ties it all together. Nostalgia for what is missing, the father’s world, and can’t be brought back. I am not sure about the “skinny Japanese children tumble through the aisles.” This seems to counter the slow rhythm of the poem. Nice work!