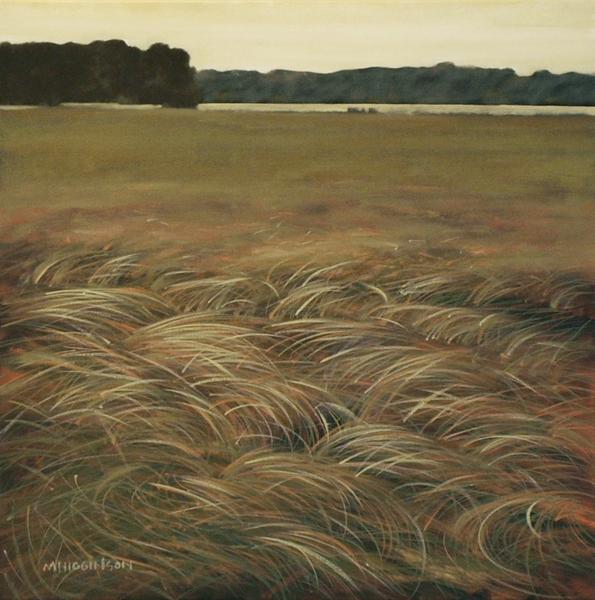 on the verge. Some of you can tell this story has no beginning, middle or end. As you can see we have entered in medias res, already unaware of the dramatis personae, their past history, their points of origin, their family relations. We’re ignorant of much else: a sense of justice, a sense of shape, not to mention what day of the week it is or even where we are. The cusp of knowing or the lip of ignorance excites us; the brain is charmed by novelty. Some in our number begin to see the light, its faint glow spread over the tops of the tulip poplars and otherwise unidentifiable trees. Are those who are coming to get us known to some or only a few? Are they able to speak without passion as Washington did facing down the Red Americans or are they about to take us over the edge where the darkness waits? In any case, the spume of illumination may only be dust kicked up by enemy hordes or hordes of mites swirling in the early falling dusk. And the edge of the cliff may be a black hole from which no illumination will escape, only continued puzzlement. If the edge is as sharp as a knife’s blade, it will cut and knowledge will be accompanied by blood. There’s a border between knowing and the known too exciting to think about, a demarcation between knowing and the unknown that we dare not cross. We remain