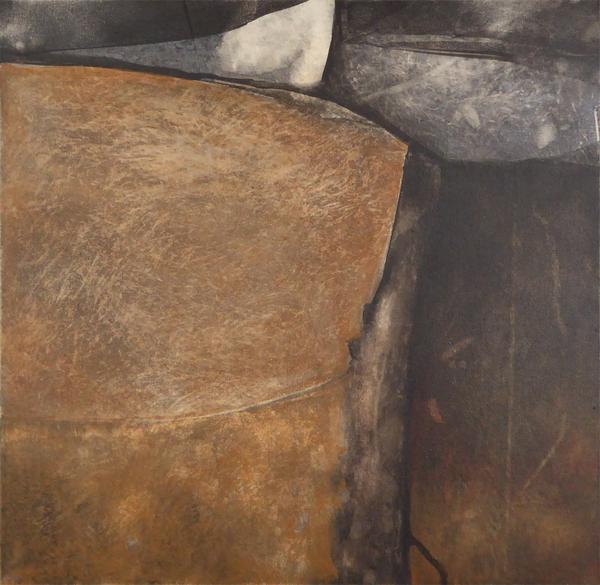 Those of us who have been true readers all our life seldom fully realise the enormous extension of our being which we owe to authors. We realise it best when we talk with an unliterary friend. He may be full of goodness and good sense but he inhabits a tiny world. In it, we should be suffocated. The man who is contented to be only himself, and therefore less a self, is in prison. My own eyes are not enough for me, I will see through those of others. Reality, even seen through those of many, is not enough. I will see what others have invented. Even the eyes of all humanity are not enough. I regret that the brutes cannot write books. Very gladly would I learn what face things present to a mouse or a bee; more gladly still would I perceive the olfactory world charged with all the information and emotion it carries for a dog.

Literary experience heals the wound, without undermining the privilege, of individuality. There are mass emotions which heal the wound; but they destroy the privilege. In them our separate selves are pooled and we sink back into sub-individuality. But in reading great literature I become a thousand men and yet remain myself. Like the night sky in the Greek poem, I see with a myriad eyes, but it is still I who see. Here, as in worship, in love, in moral action, and in knowing, I transcend myself; and am never more myself than when I do.

–C.S. Lewis, from the conclusion of An Experiment in Criticism

Selections from the short story collection, The Pacific, Mark Helprin:

Sanderson had been in the mountains for a year or more before Cameron had encountered him on the ridge, mending the fence. Cameron rode up, dismounted, and watched in silence. No matter that for ten miles in any direction they were the only two beings that could talk. Neither spoke.

Every now and then, the recently arrived Scotsman looked up at the man on the other side of the fence, who stared at him in unexplained amusement. But he would be damned before he would speak first to an uncivil Canadian who had lived in the wilderness since birth and probably had little more in his head than would a bear or a wild ram.

This work the size of an encyclopedia would never be read, and it proceeded according to its own strategy, as if it were alive. But nonetheless the two clerks—one who excited men like a drug, the other almost invisible to men—labored to make their writing beautiful. After all, not that far back in their families were scribes like those of Sfat and Jerusalem who worked not to make something permanent, or vainly so, like stone, but who labored because, as they did, nearly motionless, eyes riveted, thoughts disciplined, pen tip rolling on the page like a boat on the waves, they felt the presence of God.

–Mark Helprin, from Last Tea with the Armorers

He was now close enough to the end to sense the all-forgiving grace in which enemies no longer exist. In the eternal quiet that lay perhaps minutes away, the noise, exertion, and passions of the moment—all hatred, ambition, and the divisions among men—would be left behind as if from a fast express rocketing from a crowded station into the open countryside. In whatever might lay ahead, the fact that he died in an elevated water tank, high on a ridge, during a battle by the sea, would be something to just note, yet another of the sadnesses of the human heart, all of which, somehow, he would know.

Growing more and more content, he felt himself—and all else—slipping, but he felt something new and great, a comforting presence. How was it that, bleeding and cold, with perhaps only minutes of life left, he was painless, calm, and enfolded in all-embracing love?

–Mark Helprin, from A Brilliant Idea and His Own

Sometimes, though, the cracked plate has to be kept in service as a household necessity. It can never be warmed up on the stove nor shuffled with the other plates in the dishpan; it will not be brought out for company but it will do to hold crackers late at night or to go into the ice-box with the left-overs….

Of course all life is a process of breaking down, but the blows that do the dramatic side of the work—the big sudden blows that come, or seem to come, from outside—the ones you remember and blame things on and, in moments of weakness, tell your friends about, don’t show their effect all at once. There is another sort of blow that comes from within—you don’t feel until it’s too late to do anything about it, until you realize with finality that in some regard you will never be as good a man again. The first sort of breakage seems to happen quick—the second kind happens almost without your knowing it but is realized suddenly indeed.

Before I go on with this short history, let me make a general observation—the test of a first rate intelligence is the ability to hold two opposed ideas in the mind at the same time, and still retain the ability to function. One should, for example, be able to see that things are hopeless and yet be determined to make them otherwise….

–F. Scott Fitzgerald, from The Crack-Up

Yes. I remember Adlestrop—
The name, because one afternoon
Of heat the express-train drew up there
Unwontedly. It was late June.

The steam hissed. Someone cleared his throat.
No one left and no one came
On the bare platform. What I saw
Was Adlestrop—only the name

And willows, willow-herb, and grass,
And meadowsweet, and haycocks dry,
No whit less still and lonely fair
Than the high cloudlets in the sky.

And for that minute a blackbird sang
Close by, and round him, mistier,
Farther and farther, all the birds
Of Oxfordshire and Gloucestershire.

Everything became absurd and luminous in that laughter. The world was turned inside out, swept away, and then immediately reborn as a kind of metaphysical jest. There was no room in that world for a man who did not have a sense of his own ridiculousness.

–Paul Auster, from The Invention of Solitude

I realized that I needed an agent, someone to shop the novel around for me while I took care of more pressing matters. The rub was that I didn’t have the first idea how to find one. Poets don’t have agents, after all. Translators don’t have agents. Book reviewers who make two or three hundred dollars per article don’t have agents. I had lived my life in the remote provinces of the literary world, far removed from the commercial center where books and money have something to say to one another, and the only people I knew were young poets whose work appeared in little magazines, publishers of small, not-for-profit presses, and various other cranks, misfits, and exiles.

–Paul Auster, from Hand to Mouth

There is, however, a bridge between time and eternity in Reznikoff’s work, a link between God and man, in the precise place where man is forced to abstain most vigorously from the demands of the self: in the idea of the Law. The Law in the Jewish sense of the word and, by extension, in the English sense. Testimony is a work in which reading has become equivalent of seeing: “Note: All that follows is based on the law reports of the several states.” What Reznikoff has observed, has brought to life, is the word, the language of men. So that the act of witness has become synonymous with the act of creation—and the shouldering of its burden. “Now suppose a court of law,” Reznikoff told Dembo in their interview, “you are testifying in a negligence case. You cannot get up on the stand and say, ‘The man is negligent.’ That’s a conclusion of fact. What you’d be compelled to say is how the man acted. Did he stop before he crossed the street? Did he look? The judges of whether he is negligent or not are the jury in that case and the judges of what you say as a poet are the readers. That is, there is an analogy between testimony in the courts and the testimony of a poet.”

The important thing is readiness: you cannot walk out into the street with the expectation of writing a poem or taking a picture, and yet you must be prepared to do so whenever the opportunity presents itself. Because the ‘work’ can come into being only when it has been given to you by the world, you must be constantly looking at the world, constantly doing the work that will lead to a poem, even if no poem comes of it.

–Paul Auster, from part one of the critical essay, Reznikoff X 2: 1. The Decisive Moment

From Bulgaria the huge wild pulse of artillery.
It beats on the mountain ridge, then hesitates and falls.
Men, animals, wagons and thoughts. They are swelling.
The road whinnies and rears up. The sky gallops.
You are permanent within me in this chaos.
Somewhere deep in my mind you shine forever, without
moving, silent, like the angel awed by death,
or like the insect burying itself
in the rotted heart of a tree.
In the mountains

I fell next to him. His body rolled over.
It was tight as a violin string before it snaps.
Shot in the back of the head–”This is how
you’ll end.” “Just lie quietly,” I said to myself.
Patience flowers into death now.
“Der springt noch auf,” I heard above me.        [they rise up]
Dark filthy blood was drying on my ear.

–Miklós Radnóti, from Clouded Sky (these two poems and three others were found in his coat pocket by his wife after his exhumation from a mass grave in Hungary)