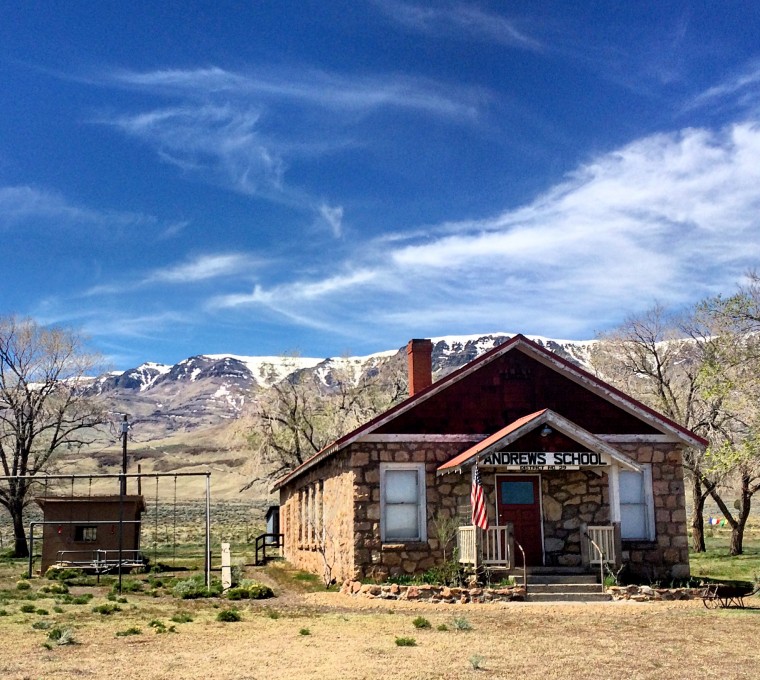 For those of you who follow the journal regularly you may remember back to Issue #16, in which we featured the artwork of Romona Youngquist. There are a couple of reasons for my fascination with this issue’s featured artist, Marilyn Higginson: First is how radically differently she paints landscapes from the same general area of Oregon as Romona (and at one point, this contrast is brought up in her interview). The difference is in her choice of focus and their different styles and how they interact with light on the canvas. Also both will allow the presence of people to be shown indirectly, while for Romona she will often permit a building to be present, whereas in Marilyn’s work all you can see is the evidence of cultivation and agriculture. Romona’s canvases portray bright sunlight, splashes of color in sky or by way of flowers or buildings.  Marilyn’s canvases often take place at the times of dusk or sunrise, or during a spring or winter storm, featuring effects of haze or fog, and the color palette is subdued, earth-toned, and subtle—usually very understated and calm. For Romona, the canvas can be a battleground, and she paints with a palette knife and gets an aggressive and painterly, rough texture on the canvas. Marilyn works hard to eradicate any evidence of a brush stroke to reduce the painterly texture and remove any incidental interference of light or reflection. So, here you have two masters of art and form, at the top of their game and both very successful artistically and commercially, representing the same geographic area, and showing in the same gallery, ART Elements Gallery, in Newberg, Oregon, but each with their own obsessions, vision and corresponding style and aesthetic choices. This reminds me of poets. 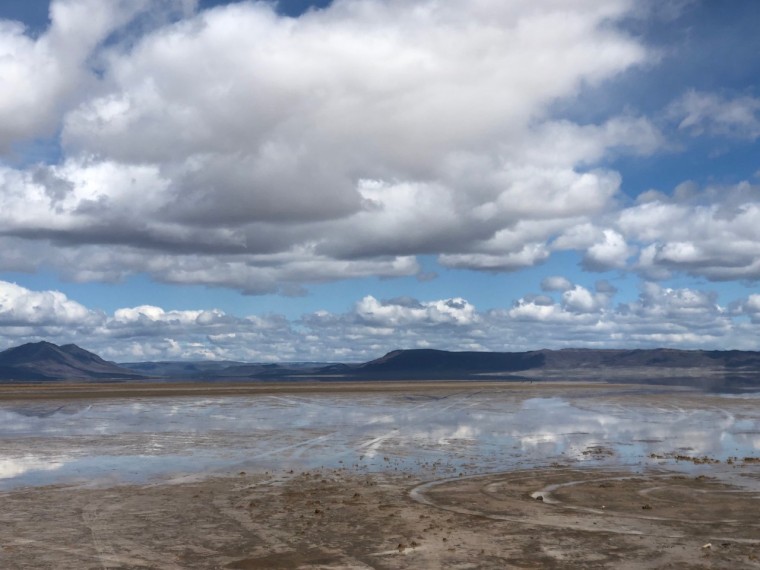 The second thing that attracts and fascinates me about Marilyn’s work is that she also paints a part of Oregon where I used to live—eastern Oregon. We lived there in the ‘ghost town’ of Andrews, where my wife taught in a one room school, K-8th. It’s a wilderness area where ranches are hundreds of thousands of acres, and one, Roaring Springs exceeds a million. Cowboys (their term for cowboy is buckeroo) still wrangle cattle, and send their children to one of two remaining boarding high schools left in the US, Crane HS. For Marilyn, this was a place where she and her dad spent time camping. For my wife and I, it was a place we experienced culture shock, and the adventure of our lives. 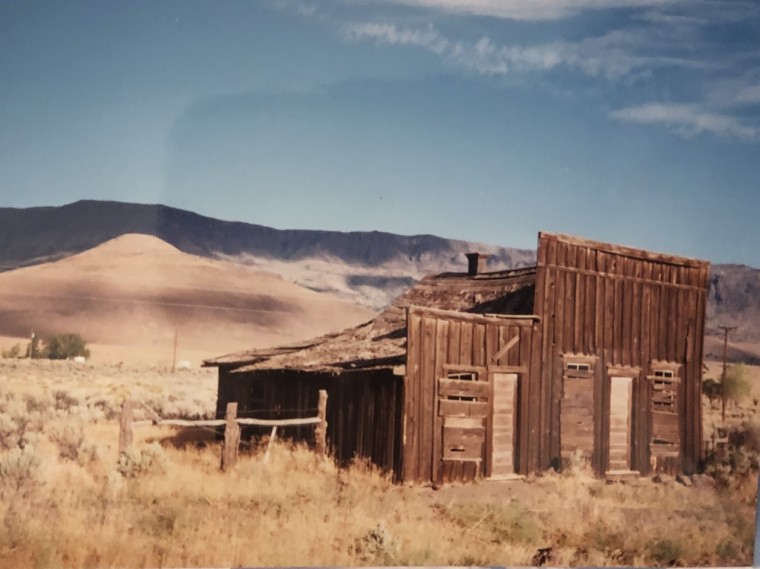 The road was graded gravel, the ghost town was composed of the school, a teacherage, next door a 100 year old wooden structure of the old saloon (which used to serve sheepherders/ranchers), and on the same property a neighbor living in a trailer named Cactus Smyth, a retired buckeroo crafting memoirs of the good old days before there was barbed wire. Cactus had somehow gathered from the rumor mill that the teacher’s husband wrote children’s books (not true) and therefore wanted to conscript me to proof and edit his sequel to his previous memoir, Footloose and Ahorseback. I didn’t, but someone must have because the book was published later in 1996, Sunshine, Shadows, and Sagebrush (we lived there at the end of the 80’s). Then across the road was an old stone house that had once been a hotel where a single parent mom and one of my wife’s students lived—Mona had heroically decided to leave the Paiute Reservation where suicide and alcoholism were the leading cause of death and to give her young son a better fighting chance at survival, so she lived there and worked in the Field’s Station, a Cafe/hotel/post office/gas station, which was 13 miles south down the gravel road toward Nevada. Her instincts were correct, but despite this her oldest son (and brother to our student) would eventually fatally shoot himself accidentally, playing Russian roulette at a drunken party on the reservation. Their dog, Pierre, a red heeler, would come over periodically and steal our kitten because of a parenting instinct. We acquired this kitten because of another student’s parent, Mike, who buckerooed for the Kueny Ranch, who, in order to make the kittens of barn cats more unique and cute, cut off their tails with a hatchet to make them manx’s and distribute to neighbors. The tails were tiny and littered the barn floor. The alternative would be killing them to be rid of excess cats since spaying and veterinary services were unavailable—he did all the large animal services on horses and cattle for the Kueny to the degree he was able. Mike and his family years later would travel to Italy to attend a roping exhibition something like a “Wild West Show,” and perform there. Another set of students whose family ranched up the other direction toward the Alvord on the Blair Ranch, whose dad later was brought up on charges for cattle rustling (rustling and wrangling are two very different words). Our oldest student, in seventh grade at the time, a few years later testified against his dad about how he would find calves on BLM land and brand them with his own brand and thus incorporate other people’s cattle into his herd. One of this student’s older sisters thought it would be really funny to turn off the power at the outside circuit box to the teacherage when we left the area for a couple weeks to visit family during Christmas. When we returned, we came back to a dark, frozen house with frozen pipes. It was never provable but the horseshoed hoof marks in the yard gave away the perpetrator. Down the road in the opposite direction from Fields is the Alvord Desert, a 12 X 7 mile or so dry lake bed where vehicle speed records are often tested and broken. Right next to the area where some of Marilyn’s paintings depict (Pike Creek) is what the locals called a bathhouse, but tourists refer to as the Alvord Hot Springs. It was basically two square concreted pools about 8 X 8 and 4 feet deep with corrugated tin surrounding one of them for privacy and riddled with bullet holes. Some of the locals lived in trailers and didn’t have a well or a spring and so used this literally as their bathhouse. Especially at night this was an incredible place to go take a soak, stars and the Milky Way overhead, and no sound—maybe coyotes. Across the gravel road from it is Pike Creek where camping and hiking is available. Chukar and geodes were prevalent, and I think, if I remember correctly, the remains of old uranium mines. I hope this gives you an idea of the way life is or was here—a glimpse behind the canvases? 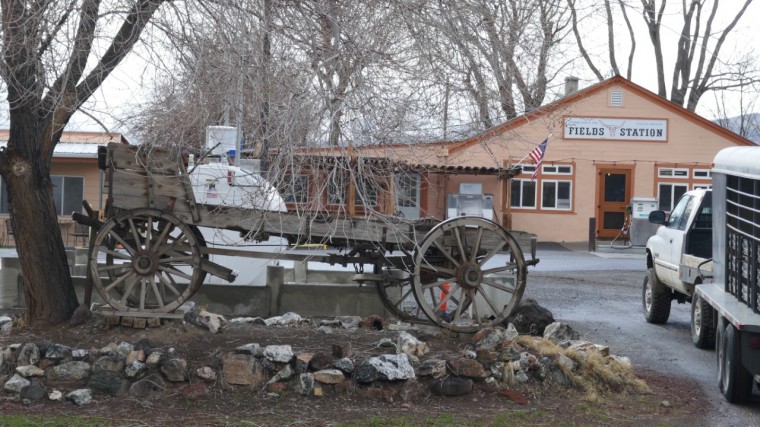 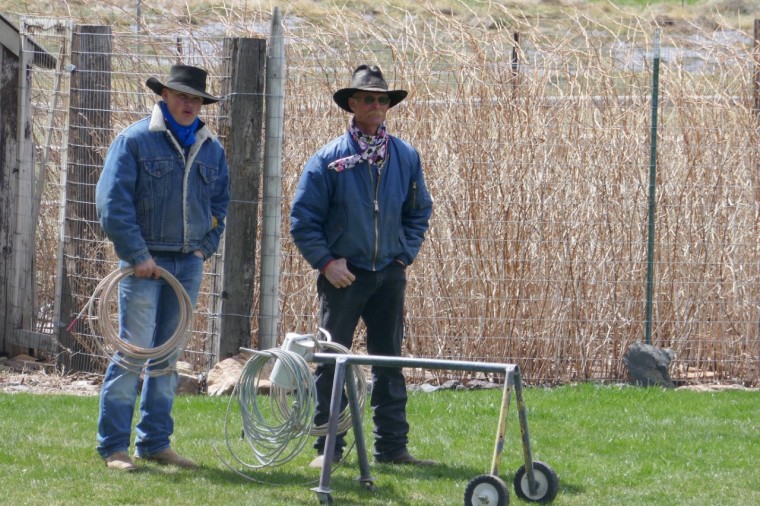 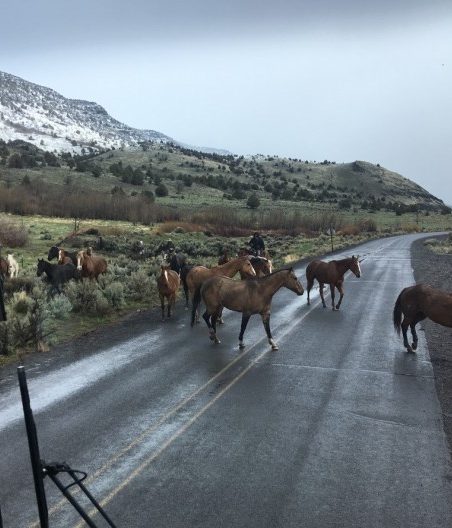 So, I feel a connection to Marilyn Higginson’s work above and beyond the beauty and quality of it. Her landscapes are related to my life now, as well as in the past. And then of course there is the understated, spiritual, ethereal quality of it even without any personal connection, which I hope you will almost certainly recognize and appreciate. I found her interview and the how and why she works particularly fascinating. Our guest interviewer Dave Hegeman asked some great questions. 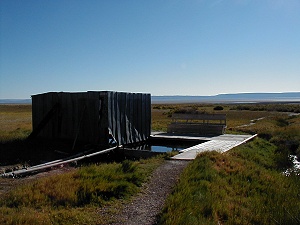 Regarding the poetry in this issue, many of you will no doubt notice a generous selection of poetry in Russian and translation and wonder how this came about. The answer is Dmitry Blizniuk, a Ukrainian poet who submitted some excellent work to us, and after acceptance of that queried us, if we might be willing to consider the work of some of his friends. The unifying thread appears to be the translator, Sergey Gerasimov. Due to the social network of Dmitry and his friend and translator Sergey we have a generous and interesting window into some contemporary Ukrainian and Russian poetry. As much as some of us may or may not despise networking, it does sometimes pay off in getting our poetry into the hands of interested readers, even internationally!

I hope you enjoy the issue and there is so much fine work in it. Please take a look at the artwork, poetry and contributor reviews and enjoy listening to some of the poets read their work aloud. We hope and trust we’ve offered you a sensual feast. 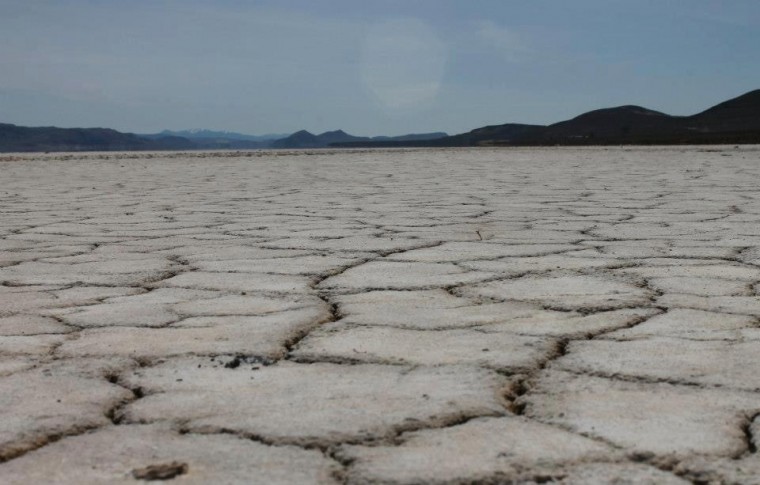 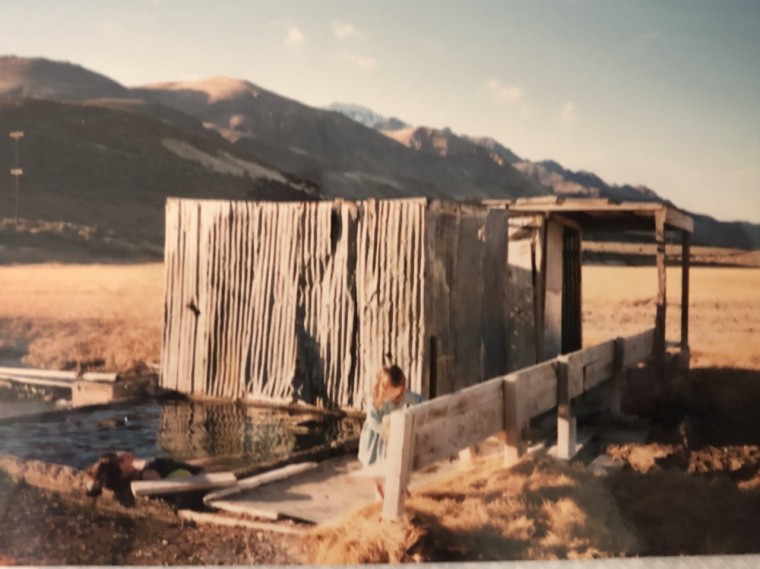