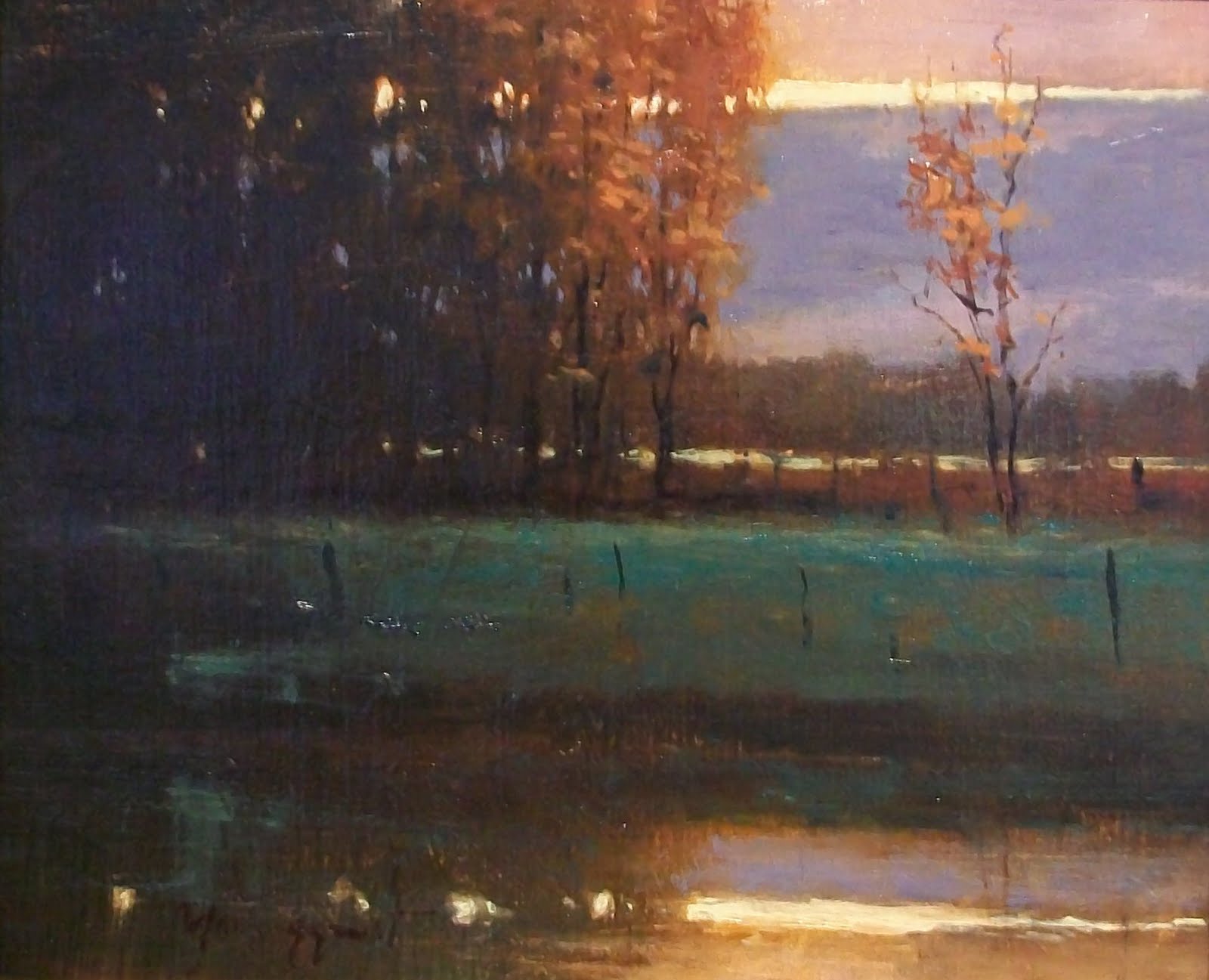 This installment will stretch my thesis a little. But only a little. The thread looks at things through the eyes of the late Joe Bageant. He argued, I think rightly, that America’s working class has been replaced by a new class of workers he called the working poor. He also argued, again I think rightly, that the working poor have been abandoned by the liberal, left-leaning side of the political spectrum. So far my focal point has centered on people I’ve met at the Waffle House, special interest given to its workers, its servers and cooks, most of whom work for $2.19 an hour plus tips. The working poor. Now for the stretch.

Last week was spent working in bee yards in eastern Montana. On the north side of the Missouri River, the river Lewis and Clark’s Corps of Discovery traveled, hoping to find a northwest water highway connecting the east to the Pacific Ocean. Landscape could not be more stark. To the north and to the south of the river brown is the dominant color. Semi-arid, terrain rolling, no trees. The river’s corridor, maybe a mile wide, is tree populated. The water loving cottonwood dominates. Willow trees as well.

To get to Wolf Point, the town out of which we worked and county seat to Roosevelt County, our crew of six flew to Houston, then to Denver, then to the closest town with an airport supporting commercial flight, Williston N.D., 73 miles to the east. The last leg flown by a regional carrier, the Great Lakes airline. Plane a turbo prop with a seating capacity for 30 or 33 passengers. There we rented two vehicles and drove the rest of the way. By the time we reached our destination we were tenuously still on the grid.

The bee yards in which we worked, there were six, are by foraging necessity within the Missouri River’s corridor. Five on the north side, one to the south. But that is not my focus, except maybe to say I discovered my 60 year-old back can still pull honey supers from colonies weighing as much as 90 lbs. My focus is the stark contrast between two towns, Wolf Point and Williston.

The town of Wolf Point has a population of less than 1,000 people. Roosevelt county, a Montana-sized county, is home to the Fort Peck tribal nations, Sioux and Assiniboine. All of the county lies within tribal boundaries, plus portions of the two adjoining counties, east and west. In size the reservation is over 3,000 square miles. The county is 53% Native American. The town itself has no extended development that has come to characterize most American towns, even smaller ones. No Walmart on city’s edge. Downtown is it. I saw only one supermarket, an Albertson’s. I could not believe how busy it was with customers, even at 10 PM. On the other hand, it seemed like every third storefront was a liquor and beer store. An exaggeration but not by much. Of course, convenience/gas pump stores sold beer as well. One morning around 8 I saw a young man, Native American, buying beer in one such store. Not a six pack but a case. Drinking in Wolf Point is a way of life. The internet tells me that over a third of the county’s population lives below the poverty line. At least one local white person told me the Indians do not want to work, don’t have to work, since, everything from food to education is free. The Indian Welfare State. And yet I saw Native Americans cleaning my motel room, serving me in cafes, on the highway driving 18-wheelers, working manual labor. Still, however, the town’s parks were populated mid-day by Native Americans. I was reminded of what I see here, in the deep south, when driving through a black neighborhood. Strong young men at home, sitting on the porch or walking the sidewalk, during regular work hours. The tell-tale sign, the unmistakable economic indicator of poverty.

Something else struck me, another indicator perhaps. It was the obesity of the majority of the people I encountered. They were not overweight. They were huge. So much so that the sight of them, in spite of the fact my body was craving protein every day, robbed me of an appetite. My habit is to have one full meal a day. It did not happen in Wolf Point. A plate of food in front of me damn near turned my stomach. In other countries I guess poverty shows itself in starvation. Not in America. Here the sure sign is obesity, starch and processed food driven. And the lack of occupation.

Wolf Point is a sad looking town, less than a square mile in size. Maybe at one time it thrived, judging from the store fronts. But that would have been decades ago. Now it has fallen in on itself and poverty is a way of life, to some extent welfare state driven. The only two major industries I could note would be county government and agriculture. But dry farming, while possible, is at best chancy, seasonally short lived. I think I saw signs of industrial size, agri-business. But agri-business is all but wholly mechanized, employing relatively few people. So what I saw is America’s hidden poor and working class poor. More effectively hidden since out in the open. Right there on U.S. Highway 2.

Now for the contrast. Williston, N.D. We would spend a full day there. Our return flight was scheduled for 8:10 AM, Friday. But the plane was broken. Some sort of electrical problem. And in Williston there are no commercial planes parked, hanging about. Nor are there other carriers. Just the Great Lakes airline. The airline did the best it could to accommodate us, pluck us out of there. This meant sending up a reserve plane from Denver, just for the six of us. It and its crew of two arrived around 6:30 PM. We were in the air by 7. For the day we re-rented the Suburban we had turned in that AM. Aside from needing to find places to eat we also needed to purchase dry ice for the bee samples we were bringing back for testing. The Avis lady was very good to us. So were the airport personnel for that matter. Even the TSA agents were friendly, conversational and nice to us. The dry ice we finally found at the local Coca Cola distribution center.

Driving around Williston and sitting in the airport. Williston is a boom town. A year ago its population was 15,000 souls. Now its population has doubled, 30,000 souls. I’ve seen boom towns before and I’ve read the many stories of such towns in America. First the resource discovery. Then the economic boom. Then the resource depletion. Then the bust. In Williston’s case the resource is oil in shale now available for extraction through hydraulic fracturing and horizontal drilling. Two relatively new technological advancements.

Everywhere there were men, not many women, who were bound to work the oil fields either directly or indirectly through some subcontractor serving the fields in one capacity or another. Every flight in was packed. So much so that weight was an issue and ticketed passengers were regularly bumped off because of it. All of those men coming in. Two weeks on the job and two weeks off, some of whom would fly back home. Motels had no vacancy. A spot in a trailer park, just the spot itself, rented for $1,000 a month. Local newspaper aired the complaint that rent in town had jumped from $700 to $1,000 a month. The elderly, being on fixed incomes, particularly hit hard. Everywhere these big men in dirty work clothes. Mostly in their thirties. Oil rig engineers, roughnecks, roustabouts, service contractors, Haliburton types. I walked the airport’s parking lot, which was all but full. License plates. New Mexico, Alaska, Illinois, Tennessee, Texas, Louisiana, California, Oklahoma, Arkansas. Many more states represented.

And the frenzy in the air. The feeding frenzy. Unlike me a colleague of mine, a scientist, is not given to hyperbole or exaggeration. But even he was taken aback by it, noted the nervousness in the air. The locals are particularly nervous. Not knowing what to expect. And the town of what once was 15,000 souls without the adequate infrastructure, what would need another 5 to 10 years to put in place. And no one actually sure for how long the fields will produce oil. Maybe 5 years, maybe 40. Nor, it seemed to me, is anyone actually sure who will foot the infrastructure bill. Likely the oil companies would not, as is their habit. Major thoroughfares and highways deeply rutted from the heavy truck traffic. Locals are nervous for even closer reasons. What will fracking do to the underground water supply? Not much rain fall in that part of the country.

Something else I noted, in the newspapers mostly. It is the debate going on about the proposed pipeline to bring down Canadian oil as far south as the refineries in Texas. What will impact the region. What will personally impact the locals. A debate in all likelihood already a foregone conclusion. This in the name of national security, helping to free America from its extreme dependence on Middle East oil. As will the Williston fields.

When I worked off-shore oil rigs in the Gulf it was also a boom time. Mid-seventies. Most of the men with whom I worked did not have a college education. Some of them did not possess a high school diploma. But the money they made was almost extravagant, except for the fact it was earned the hard way. As a roustabout I took home over $2,000 a month, working over 90 hours a week every other week. So I know well the kind of money these boys come to Williston will make. For awhile. The kind of money they cannot make anywhere else. So they will come from all over the country. They will leave their families and their homes. Every two weeks they will return home with paychecks. If they are like me they will first sleep for up to 24 hours. They will give their wives their paychecks. Then they will go out and spend their money on things neither they, their wives, or their children actually need. It is how it is with the working poor in boom times. Then comes the bust. Next year, five years from now, thirty years from now. One evolutionist calls evolution’s mechanism punctuated equilibrium. Punctuated moments of evolutionary development, leaps, followed by long, flat stretches of equilibrium. Evolutionary stasis. I cannot think of a better way to caption the economic cycle, capitalistic in drive, of the bust following on the boom.

One bee keeper told me that the Fort Peck Reservation also has oil in its shale. It makes sense. But oil companies keep clear of the reservation because its governing council insists on owning half of everything. From resource extracted to equipment. What seems logical to the council I guess seems unreasonable to the oil companies. On the strength of what I was told that is how the case seems to me.

The working poor sometimes lucking out for awhile. The welfare state poor for whom essential services are free, many of whom are so bored they pop open their first can of beer at 8 in the morning. I don’t know. At 60 I still don’t know, travel my country like the first time I hitch-hiked from one ocean to the other, age 16, shaking my head. It all must make sense to somebody. Maybe in a corporate office or to some Wall St investor. But not to me.

I was recently reminded that one of the most popular American folk songs was communist in its incitement and original conception. Woody Guthrie’s This Land is Your Land. But it is not actually true, is it? Not really. Not essentially. Except maybe on an Indian Reservation where ownership comes at the price of institutionalized poverty.