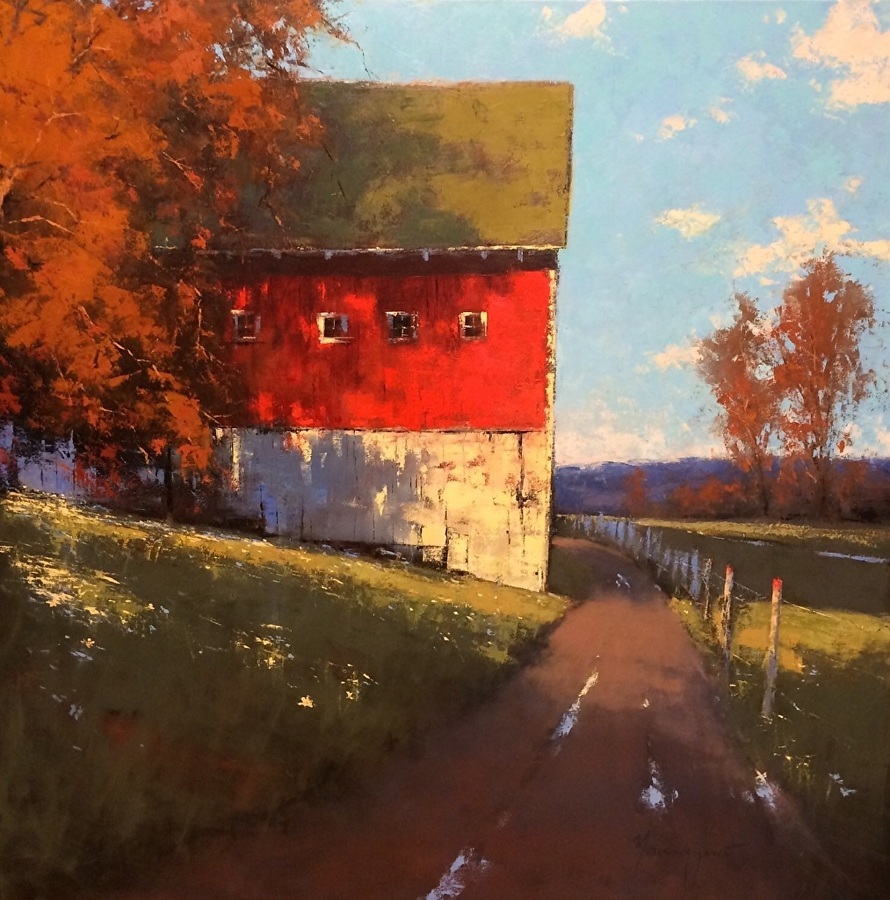 At least it stayed in the family, that squat house on the highway to town. It’s a weekend
retreat now for the older son, my cousin, who moved to the city. He and his wife garden, just
as a hobby, not like his dad and mother, who carried horse manure in buckets to pile around
onions that became as big as softballs next to the green phallic splendor of zucchini in the grass.
Okra like green stilettos. Corn stalks like a cohort of spears. Tomatoes like stop signs.

That garden fed the family, even into winter; jars of green beans and peas lined shelves.
I remember the dusty chicken house with eggs stained with shit and sawdust. Ill-tended trees
that put out apples, pears, peaches, spotted with fungus because Uncle Norman was too cheap
to spray. No, that’s not fair. It wasn’t he was cheap exactly so much as he had no money. That’s
why they lived in that squat house with two sons, one long dead now from cancer, who got away
as soon as they were old enough, one of whom finally returned, full of nostalgia, after years making
good money in town.

I liked to visit. Mama and Aunt Clara on the porch, Daddy and Norman down by the chicken
house, my cousins nowhere to be seen. I’d crack walnuts, munch on pawpaws, muscadines, and
persimmons. Norman even raised his own tobacco; I can almost see him rolling a smoke. They dug sassafras root for tea, sweetened with their own honey.

It was a grand old place. I never thought about the long years they lived there in that poverty for all those trees to grow so big; or that chicken house to start to fall in like some abandoned ruin, and those two sons, who never had the ten cents for the school lunch (it looked tacky to bring your own lunch then), so they would hang out by the smoking tree with the tough guys, hand rolls burning slowly from Elvis lips, knowing they would never have money for a class ring or graduation announcements; one of whom arrives now in a Lincoln like a squire come to inspect the estate, as I slowly drive by, and don’t stop.