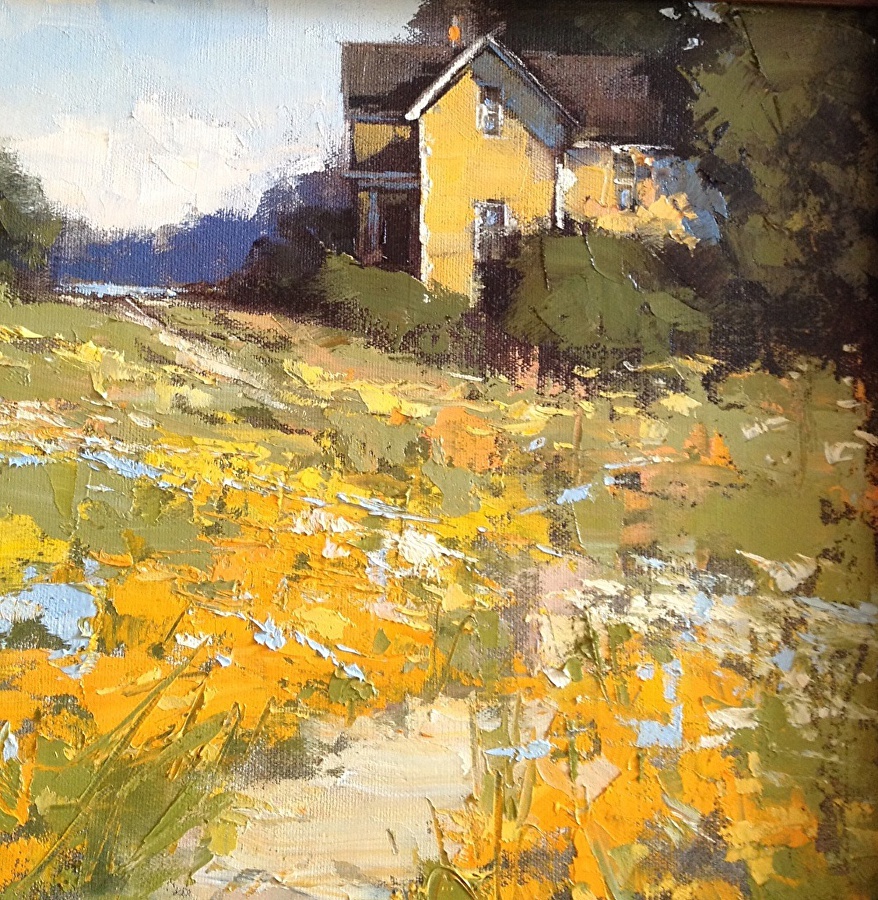 I am neither young nor old.
Plenty of my friends have died.
Some were thoughtless suicides.

Most were overdosed.
Although there were one or two
whom disease caught by surprise.

I am more cold than warm
as I stand against the wind
and stare out at the ocean,

where the titanic currents jostle
against the world that holds them close.
A submarine shelf makes the giant water stand,

witness to its own dissolution,
briny sinews corded together
unravelling on the beach,

like a furious hand
clawing at the sand
which it cannot hold.

I hope my family has pity on me
as I dive into the Atlantic,
and swim out past the swell,

where the waves that will break
upon the strand are mounting.
I enjoy the way the ocean lifts me up,

but does not release me into the air,
confident that I’ll be alright
until I lose sight of the land.

First off, nothing good ever happened in, near or around a rip tide. The best you can hope for with a rip tide is to survive it. Coupled with the references to death and suicide in first stanza, we can see where this poem is headed, and our main concern is not necessarily what happens, but how this is presented.

The speaker presents himself as existing in a liminal space between old and young, cold and warm, and between land and sea. On this verge, the wind pushes him back, though he’s “more cold than warm”; the effect is to make him seem tottering between these various sides, and ultimately, between living and dying.

In the next three stanzas, we better understand his state of mind as he projects this onto his physical environment: he sees the ocean as “titanic” and “giant” (and himself relatively small in this way), and also describes the relationship between the ocean and land as a struggle, a “jostle”–the land seeks to hold the ocean, but the ocean fights against this. However, contradictorily, the ocean is a “furious hand” that claws at the sand, but is unable to hold it.  With this description, the speaker outlines his own helplessness: he’s caught between land and sea, life and death, and there is no solution, only “dissolution.”

All that’s left is to do the deed, to join with the ocean. And, although the sea refused the embrace of the land, the ocean lifts up the speaker, but doesn’t let go–like a parent lovingly tossing up a child, confident that he’ll “be alright,” at least until the land is gone…

I would like to comment on Keith Dunlap’s poetry. In particular the two poems “The Rip Tide” and “Prisoners of Love” for these are impressive efforts to say the least. I always marvel when I read a well-crafted poem. A confident voice and sure description in a poem are massive challenges. Not overstating the message is also one of the most difficult tasks a poet faces. Then you want to add a lyrical quality to the action and just a small amount of mystery to the subject. I am very happy to say Keith has accomplished all these things in his poems. I will give examples. Consider the total package in the following lines from “The Rip tide”: “I am neither young nor old” “as I stand against the wind” “where the titanic currents jostle” “briny sinews corded together” “like a furious hand clawing at the sand” “where the waves that will break upon the strand are mounting” “until I lose sight of the land”  Then in “Prisoners of Love” we are treated to the beauty of the following lines: “There is no station, only a parking lot/next to an underused laundromat/where two men sit idly smoking” “She has seen it happen/faces bright with fake surprise” “how little anyone cares/whether she has a reason to delay” “stranded in the seething daylight” “as if her problem were someone else’s…” I cannot offer too much praise to Keith for the outstanding use of language and theme to draw a precise and moving human situation. Further, Keith easily demonstrates the art of combining language and theme in a powerful, tightly controlled vehicle. My earnest congratulations to Mr. Dunlap for giving us all a truly accomplished trio of poems. Well done and well done.