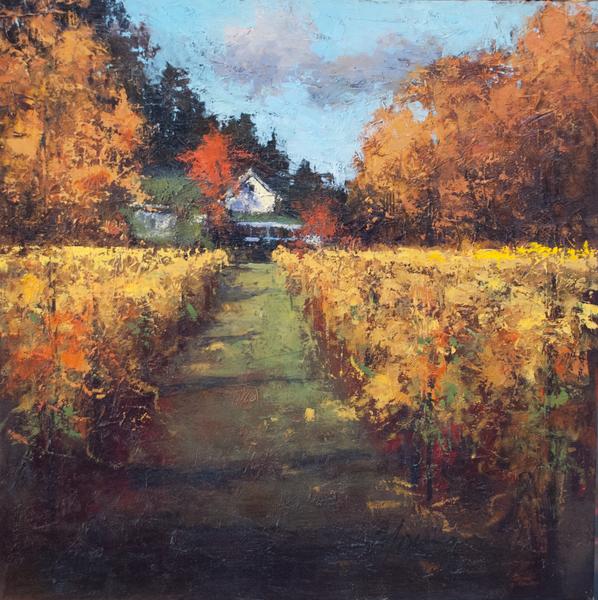 Myopia: A Parable of Sorts

I went groundhog hunting one day with Daddy,
Not long after I got my gun, a twenty gauge
From Sears; I wish I still had it.

We crept through the cane brakes by the river,
Quietly, quietly Daddy said or he’d spook.
“There he is,” he said, pointing. I knew you
Had to kill a groundhog quick or he’d
Slide back down his hole and you’d never
Get him. My nearsighted eyes saw only fuzzy brown.

I’d hidden my poor eyesight by sitting up front
At school and by hunting by movement, a blurred
Rabbit moving down a soybean row, a squirrel
Waving his tail like a flag, but this groundhog
Wasn’t moving.

“Where?” I whispered. “There,” he said. “Where?”
I repeated. He looked at me, grabbed the gun
And killed ol’ Chuck dead as a hammer.

Daddy, until the day he died, had eyes like an eagle’s.
“See that woodpecker over across the river, sitting
On a post oak limb?” I’d say “Yes” just to humor him,
But I no more saw that peckerwood than I saw
That fat, brown groundhog standing in his doorway.

His eyes were so good, in fact, I thought he could see
Into the future. He’d squint at the sky, “Snow tomorrow.”
And it would snow. “Maybe a tornado a’coming,” he’d say,
Looking to the Southwest and he’d be right more than not.

He stomped the twenty yards between us and the animal.
“Goodgodamighty!” he said, “You can’t see a damned thing.”

I finally got glasses, a pair of the big black Buddy Holly kind,
Not long after that, but they didn’t help my myopia much;
I still couldn’t see groundhogs like statues or woodpeckers,
And couldn’t tell one kind of tree from another unless it
Had pecans or hickory nuts hanging from it.

He brightened, holding our prey high. “You didn’t kill
Him, but by gawd, you’ll help me eat him with gravy
And taters, won’t you?”

I smiled happily as we strode side by side from the tangled
Blurry mass of trees, and yes, by gawd, groundhog’s
Pretty good eating.