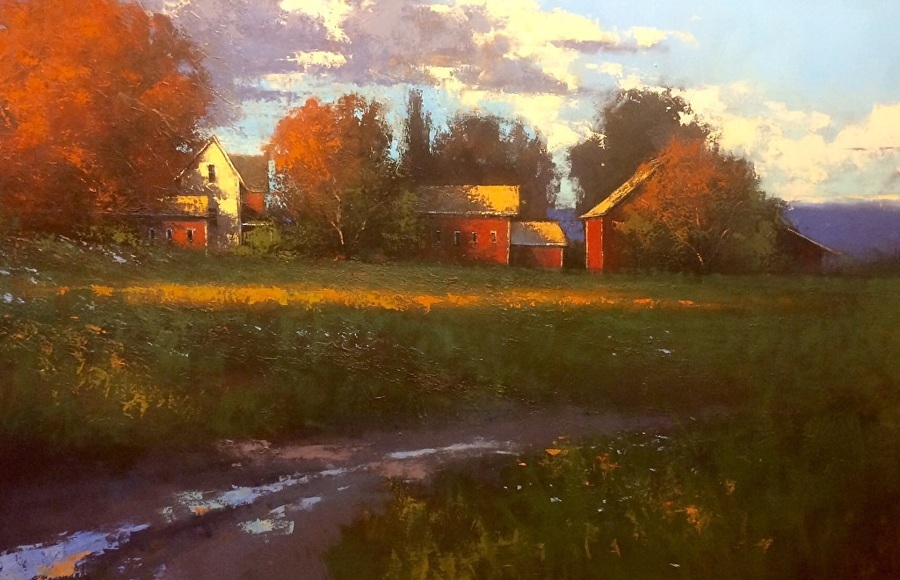 Throughout my three days in Yoshino, I enjoyed the opportunity to study cherry blossoms at various hours, predawn to dusk and past midnight when the moon was growing pale. I was too moved to write even one poem, especially when my melancholy heart remembered famous poems by Saigyo and other ancient poets. All my lofty pretenses and ambitions aside, my journey produced no poetry….I was moved nonetheless by the beauty of the natural world, rarely seen mountain vistas and coastlines. I visited the temporary hermitages of ancient sages. Even better, I met people who had given over their whole lives to the search for truth in art. With no real home of my own, I wasn’t interested in accumulating treasures. And since I traveled empty-handed, I didn’t worry much about robbers……..walked at a leisurely pace preferring my walk even to riding a palanquin, eating my fill of coarse vegetables while refusing meat. My way turned on a whim since I had no set route to follow. My only concerns were whether I’d find suitable shelter for the night or how well straw sandals fit my feet. Each twist in the road brought new sights, each dawn renewed my inspiration. Wherever I met another person with even the least appreciation for artistic excellence, I was overcome with joy. Even those I’d expected to be stubbornly old-fashioned often proved to be good companions. People often say that the greatest pleasures of traveling are finding a sage hidden behind weeds or treasures hidden in trash, gold among discarded pottery. Whenever I encountered someone of genius, I wrote about it in order to tell my friends.

—Matsuo Basho, from The Knapsack Notebook, from Narrow Road to the Interior and Other Writings, trans. by Sam Hamill

We are all the result of sexual events, and their faded heat still warms us.

—John Updike, from His Mother Inside Him, The Afterlife

And I’ve found the really tricky discipline to writing is trying to play without getting overcome by insecurity or vanity or ego. Showing the reader that you’re smart or funny or talented or whatever, trying to be liked, integrity issues aside, this stuff just doesn’t have enough motivational calories in it to carry you over the long haul. You’ve got to discipline yourself to talk of the part of you that loves the thing, loves what you’re working on. Maybe that just plain loves. (I think we might just need woodwinds for this part, L.M.) But sappy or not, it’s true. The last couple of years have been pretty arid for me good-work-wise, but the one way I’ve progressed I think is I’ve gotten convinced that there’s something timelessly vital and sacred about good writing. This doesn’t have that much to do with talent, even glittering talent…talent’s just an instrument. It’s like having a pen that works instead of one that doesn’t. I’m not saying I’m able to work consistently out of the premise, but it seems like the big distinction between good art and and so-so art lies somewhere in the art’s heart’s purpose, the agenda of the consciousness behind the text. It’s got something to do with love. With having the discipline to talk out of the part of yourself that can love instead of the part that just wants to be loved. I know this doesn’t sound hip at all. I don’t know. But it seems like one of the things really great fiction-writers do–from Carver to Chekov to Flannery O’Connor, or like the Tolstoy of The Death of Ivan Ilych or the Pynchon of Gravity’s Rainbow–is give the reader something. The reader walks away from real art heavier than she came to it. Fuller. All the attention and engagement and work you need to get from the reader can’t be for your benefit; it’s got to be for hers. What’s poisonous about the cultural environment is that it makes this so scary to try to carry out. Really good work probably comes out of a willingness to disclose yourself, open yourself up in spiritual and emotional ways that risk making you look banal or melodramatic or naive or unhip or sappy, and to ask the reader really to feel something. To be willing to sort of die in order to move the reader, somehow. Even now I’m scared about how sappy this’ll look in print, saying this. And the effort to actually do it, not just talk about it, requires a kind of courage I don’t seem to have yet.