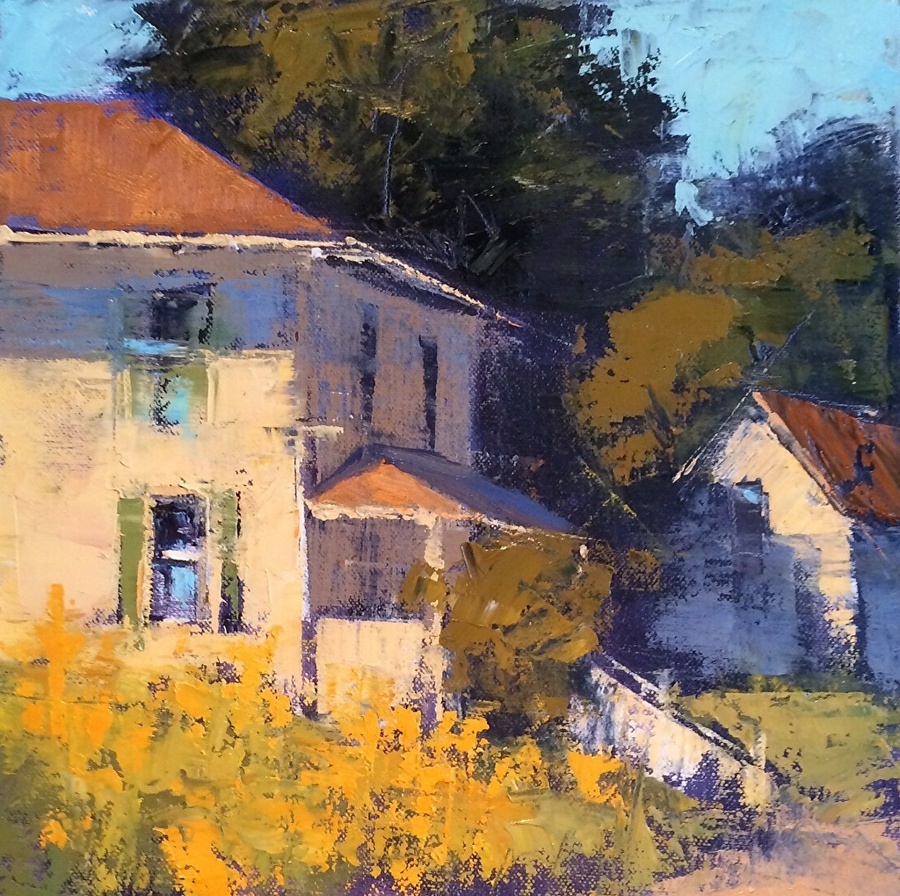 He never takes her out, she said. Drinks beer
with their son Buddy, comes home drunk and hungry
talking about trucks. Or making promises
of mountain trips they’ll never take. Or if they do
he’ll wind up hurt—his back—and lie around,
complain. She’ll have to drive the six-wheeler
back through floods or mud or windstorms
listening to him criticize the way she grinds the gears. I nod,
recount bogging down in sand so deep
I had to tear an old shed down
to build a pathway out. And tell her
that my wife’s the one who lies
around and moans, car-sick, each time we try to cross
the mountains to the coast. I guess you never win,
she says. Then adds that no one promised
that we would. But still I hear her
talking through the bathroom wall, confronting
shadows that she curses Damn you Dean!
I pause, then take the back door
past my trailer-office to the garden’s
losing quarrel with weeds and grass.
I tell tomatoes yellowing on frames
as gray as old barn braces We weren’t meant
to hold more than our hands can carry
at one time. That goes for love
and children, jobs and drinking buddies, too.
The spade, left where I’d just dug leeks,
sent its spiked shadow across a sleeping cat.
I knelt beside it, telling stories
I had thought I’d buried dozens of years since.
Then rose and walked back slowly to the house
where mom’s homemaker was telling broom and curtains,
ashtray and Mom’s blue robe
that her damned bastard of a husband
could, with her full blessing, pack his boots
and underwear and find another tit to suck.