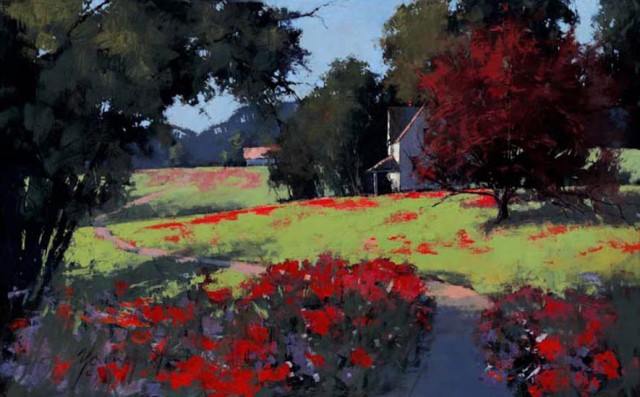 Kevin Casey: Kevin Casey’s work is forthcoming or has recently appeared in Paper Nautilus, Rust + Moth, San Pedro River Review, decomP, and other publications. His new chapbook The wind considers everything– was recently published by Flutter Press, and another from Red Dashboard is due out later this year. For more, visit andwaking.com.

Louis Del Grosso: LDG is an ordinary guy married with children. He reads whenever possible and is always ready to write. He has had work published in Straight Forward Poetry, Metazen, Foliate Oak, Mulberry Fork Review, and The Fat City Review. He is fortunate now to be appearing in Triggerfish Critical Review.

Keith Dunlap: My first collection Storyland, has just been published by Hip Pocket Press. I am a former co-editor of The Columbia Review and former co-editor of Cutbank, having received my M.F.A. from the University of Montana. My poems have been accepted for publication in Borderlands: Texas Poetry Review, The Brooklyn Review, The Carolina Quarterly, The Georgetown Review, Poet Lore, and Sou’wester, among other places. Last year my MS., “The Foot in the Elevator,” was a finalist at Brickhouse Books New Poets Series and The New Issues Poetry Prize, and a semi-finalist for Brooklyn Arts Press. I have a B.A. in English from Columbia College in New York and an M.A. in Classics from Columbia University. I live in Portland, Maine with my wife, the novelist, Jenny Siler, and my daughter, Vivica.

William Fairbrother: is a poet, playwright and novelist born April 10, 1956 in La Jolla, California.  His current whereabouts are unknown.  He submitted a 1,000 page novel to us along with the poem (as his cover letter) published in this issue.  The first 50 pages of the novel, Exister, reads well, and Penny University Press will no doubt publish it too eventually and offer as an electronic download, as soon as I (Dave) get done reading it.

Michael Fisher:  Michael Fisher holds an MFA from New England College and is an MA candidate in English at Clark University. He is the author of two chapbooks, The Wolf Spider (Plan B Press) and Five Poems (Damfino Press) as well as the full collection Libretto for the Exhaustive World (Spuyten Duyvil Press). He is a poetry editor for The Worcester Review. Currently, he lives in Barre, MA and works as an adjunct professor and a home/hospital tutor.

George Freek: George Freek is a poet/playwright living in Belvidere, IL. His poetry has recently appeared in The Missing Slate, The New Plains Review, Mud Season, The Chiron Review, The Blue Door Quarterly, The Rockhurst Review, Off Course Literary Journal, The Stillwater Review, and The Samizdat Literary Journal. His plays are published by Playscripts, Inc., Lazy Bee Scripts, and Off The Wall Plays.

R. Nemo Hill:  R. Nemo Hill is the author, in collaboration with painter Jeanne Hedstrom, of an illustrated novel, organized around the processes of Medieval alchemy, Pilgrim’s Feather (Quantuck Lane Press, 2002); a narrative poem based upon a short story by H.P. Lovecraft, The Strange Music of Erich Zann (Hippocampus Press, 2004); a chapbook in heroic couplets, Prolegomena To An Essay On Satire (Modern Metric/Exot Books, 2006); and two collections of poems, When Men Bow Down (Dos Madres Press, 2012 ) and In No Man’s Ear (Dos Madres, 2016).  His work has appeared in various online and print journals including American Arts Quarterly, Poetry, The Harlequin,  The New Criterion, Lavender Review, The Flea, and Shit Creek Review. He is editor & publisher of EXOT BOOKS, www.exot.typepad.com/exotbooks.

Dan Jacoby: Dan Jacoby is a graduate of St. Louis University, Chicago State University, and Governors State University. He lives both in Beecher and Hagaman, Illinois. He has published poetry in Arkansas Review, Belle Rev Review, Bombay Gin, Canary, Cowboy Poetry Press-Unbridled 2015(Western Writers Spur Award), Chicago Literati, Indiana Voice Journal, Deep South Magazine, Lines and Stars, Wilderness House Literary Review, Steel Toe Review, The Opiate, and Red Fez to name a few. He is a former principal, teacher, coach, counterintelligence agent, and Green Beret. He is a member of the American Academy of Poets. Nominated for a Pushcart Prize in 2015. He is currently looking for a publisher for a collection of poetry.

Bill Jansen: Bill Jansen lives in Forest Grove, Oregon. He graduated from University of Oregon in 1968 with degrees in English and Creative Writing. There he studied under
E. L. Mayo and John Haislip. Recent work has appeared in The Camel Saloon,
and other venues. Published twice before in Triggerfish.

John Johnson: John Johnson is an award-winning poet whose work has appeared in many print and online journals, including BOXCAR Poetry Review, Clade Song, Triggerfish Critical Review, and Web Conjunctions.

Loretta Marie Long: is an anxiety-ridden liberal, teaching composition classes in San Antonio, Texas. She most loves to spend time with her family and hike in Friedrich Park. She is inspired every single day by her students’ writing filled with good research and strength, hope, and courage for the future ahead.

Tamer Mostafa: Tamer Mostafa is a Stockton, California native whose work has appeared in various journals and magazines such as Confrontation, Occupoetry, Mobius: The Journal of Social Change, Carcinogenic Poetry, and Phantom Kangaroo. He is the founder and editor of Subject to Surveillance, a literary journal geared towards giving the Islamic population a voice to speak out against oppression, discrimination, and stereotyping.

Stephanie C. Smith: Stephanie C. Smith – grew up in New Orleans, LA. She’s worked most of her life as a social worker; currently as manager of the child custody mediation program for the state of North Carolina Administrative Office of the Courts. Several of her poems have been published in Pinesong – a journal of award winning poems sponsored by the N. C. Poetry Society.

Robert Stout: Robert Joe Stout is a freelance writer. His work has appeared in America, Eclectica, Conscience, Notre Dame Magazine and many other magazines and journals. His most recent novel is Where Gringos Don’t Belong from Anaphora Literary Press. A new book of poetry, Monkey Screams, was released in 2015 by FutureCycle Press. A career journalist, he now makes his home in Oaxaca, Mexico.

Daniel Sundahl: Daniel James Sundahl is Professor in English and American Studies at Hillsdale College where he has taught for thirty years.

Terreson: Terreson is a native of Florida, Old Florida before Disney world. Habit has been, remains, peripatetic, programmatically, having lived in towns and counties coast to coast. Objective has been to know America from the inside out, so to speak. Currently resides in Louisiana, become a bee keeper assisting scientists involved in honey bee research. Publication credits: contributor to the literary magazine, Fool’s Journal. One collection of poetry published, Tasty Tendrils. Awarded an honorable mention in the 2008 Tor House Foundation poetry contest. First place in the January, 2012 IBPC poetry contest. Some several articles and essays carried in magazines with names lost to memory. Owns and manages the online poetry board, Delectable Mnts.

SreedharVinnakota: Sreedhar Vinnakota is a theoretical physicist and a writer from Chennai, India.

Steve West: I teach at Martin Methodist College, Pulaski, TN, and have poems in recent issues of Avocet, Phantasmagoria, Number One, Aji Magazine, and others. My book of poems, Almost Home, came out in 2009. I was Writer in Residence at the Buffalo National River in Arkansas in 2010.

Larry Woiwode: Larry Woiwode’s first book of poetry, Even Tide, was published by Farrar, Straus & Giroux in 1977. “I’ve been working on a second one since,” he says, “but prose keeps getting in the way.” He’s published a dozen books of prose and for them received the Aga Khan Prize, the John Dos Passos Prize for a “diverse body of work,” the William Faulkner Foundation Award, and the Medal of Merit from the American Academy of Arts for “distinction in the art of the short story.” He’s the poet laureate of North Dakota. “I began wanting to be a poet,” he says, “but also wanted to make a living at writing. Is that unforgivably pragmatic? It worked for a while until the general readership fell away so precipitously I now teach all genres of writing at the University of Jamestown, Jamestown, North Dakota–bison center of the North American continent.”