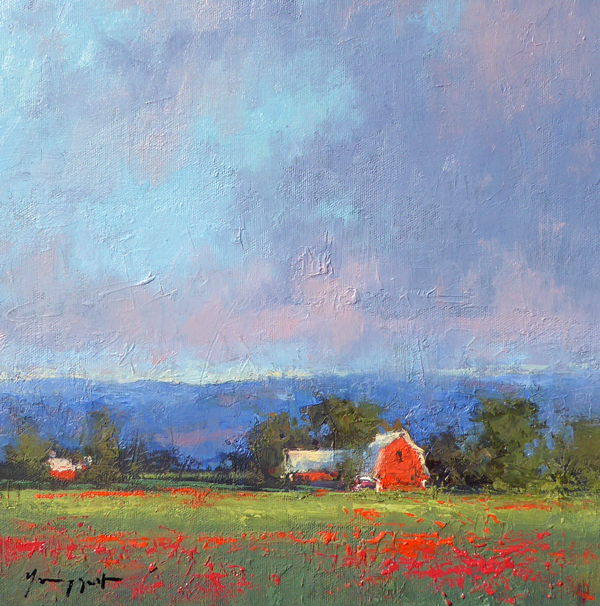 On October 24, 1654, Vieira finally set off for Lisbon aboard
an English merchant ship along with several other clerics
and a cargo comprised mostly of songbirds.
—Vincent Barletta

Our ribbed hull breathing song, a heaving lung—
each dawn the hold would spill shrill chip and trill
through every opened hatch. Fouled cages strung
from beam to beam—or slung, like ours, from wave
to wave—their choir was pitched past sailor’s tongue,
cook’s curse, and gull’s sharp screee, until it gave
the all of air what salt gives to the sea,
that constancy that drives men mad: to be.

They sang because they did not understand.
And when the tempests came, we flung aside
their song, and beat our breasts, and knelt, and cried
aloud to heaven for the sins of man.
Deck strewn with the bright feathers of bird psalm,
we woke at dawn to silence and dead calm.

*This poem first appeared in R. Nemo Hill’s book of poems, In No Man’s Ear, published by Dos Madres Press in 2016.

The rhythm and rhyming scheme of “Bird Psalm” are not the first things you notice about this poem, which modern sensibilities suggest is the way it should be with formal poetry–none of this is stilted or forced or draws immediate attention to itself. However, these patterns are especially apt for this work, since it’s a poem about song, clamor, and music.

Despite being a poem that focuses on the aural, Hill capitalizes on this unique event’s strong imagery: the ship is a lung that heaves and breathes song, and is itself a cage that swings from wave to wave like the birdcages within it. When the storm hits, there’s flinging, beating, and kneeling that accompany the cries of Vieira and the clerics, along with noise of the birds, to create a visual sense of chaos that accompanies the panicked cacophony.

In the end, however, Hill focuses on sound, and–though the storm leaves the deck littered with beautiful plumage–the psalm has moved to silence, al niente after the tempest’s crescendo, reinforcing the notion that the title “Bird Psalm” refers–not only to the noise of the birds–but to the poem itself as a musical composition.