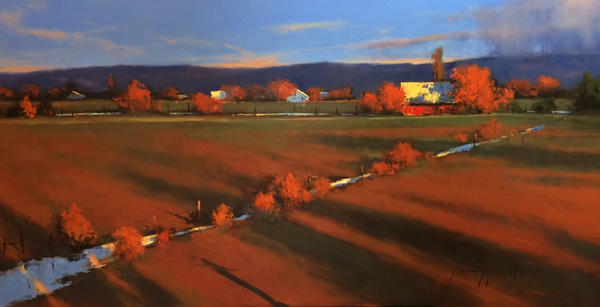 The view is the very thinnest of photographs
Probably imperceptible to go by
The thickness of the piece of glass which is
Left rough on one side, on the back; but all
This is enlarged when a more curious eye
Comes close enough for a lash briefly to touch.
(Raymond Roussel, The View)

Giordano Bruno was burned at the stake on the Campo de’Fiori, in Rome, on 17 February, 1600. Three hundred and ninety-two years later I sit in sweltering heat beneath the equator trying to harvest haiku from the triplets of image with which he filled the corners of the rooms of his castle of memory. A tree rises from the terrestrial globe and over it a sumptuous feast has been spread. In a barn fruit is smoking. In the middle of a small boat there is a writing desk which supports a throne.

It’s the twenty-eighth of February, 1992. A dragon is yoked to an infinite flame. A psalter is decorated on one side with an axe, on the other with a parrot. An old woman washes the dirt from some frogs. If one sits long enough, watching the world, the world retreats to a place beyond the reach of the senses. One can chase it—but pausing for breath one realizes that in order to go there a bear skin and some dung must lie in the snow, a cat with a hook through one paw must enter a shrine, and a square of butter must be used to oil the reins. One realizes that in order to arrive there a bundle of linen carried a long way must at last be thrown onto a pyre, a smell of sulfur must pervade a forest whose trees bend in the direction of a powerful magnet, and a dust cloud must arise from a dry well at the bottom of which a man must be digging with a spade.

There was a tremendous storm last night. People’s rooves blew off. I can’t help thinking they were the lucky ones. Lying in bed, listening at 2 AM, I was enchanted by the roar of a wall of wind approaching from the west, sweeping forward ominously until it hit with a jolt so powerful it shook the foundations of my house and taught the legs of my bed to dance. In the morning the sun was bright, shining as if nothing out of the ordinary had happened. The neighbors (the lucky ones) were gathering pieces of their shattered rooves from the high grass flattened by the storm—as a burnished green beetle landed on my book, my knee, the open shutter of my window.