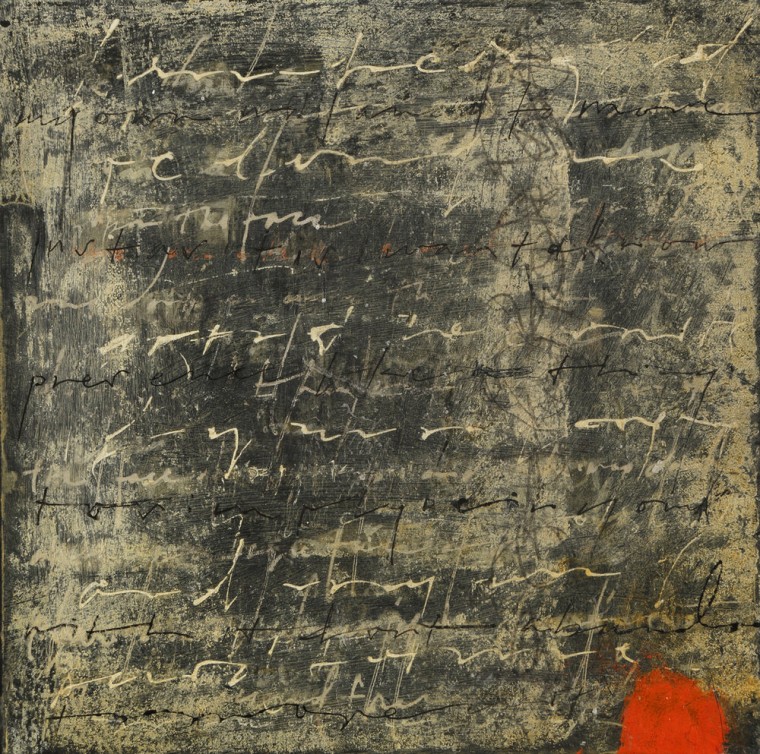 Laurie Doctor, Go to the Limits of Your Longing, Oil and Mixed Media on Wood, 5″ X 5″

I am too pure for you or anyone, apprehended
by intelligence alone and, thus, unchanging.
Far from opinion, (that doxy), I keep within myself,
echoing the earthly sphere, spinning
in solitary perfection. My soul doubles
and trebles in mathematical proportions, intervals
infinite and exhausting. What does it mean?

The telling spoils. Better to divine by observation.
If the world be fair and the artificer good,
we will apprehend. Remember—nothing is visible
where there is no fire. Thus, we burn. I love, I,
a pure Acetylene virgin attended by roses. Here
in my universal niche, my eyes receive the light
that falls on things. Where do I look but beyond?
(I think I am going up, I think I may rise—)

At night, light falls not. My eyelids lower,
banking internal coals. We require both moved
and mover as well as space wherein to locate.
Thus, the inner void, my selves dissolving.
Glowing and coming, flush on flush, I reveal
my origins—a man, cowardly and unrighteous,
become a woman this second generation, but
my womb’s hot box may yet alchemize perfection.