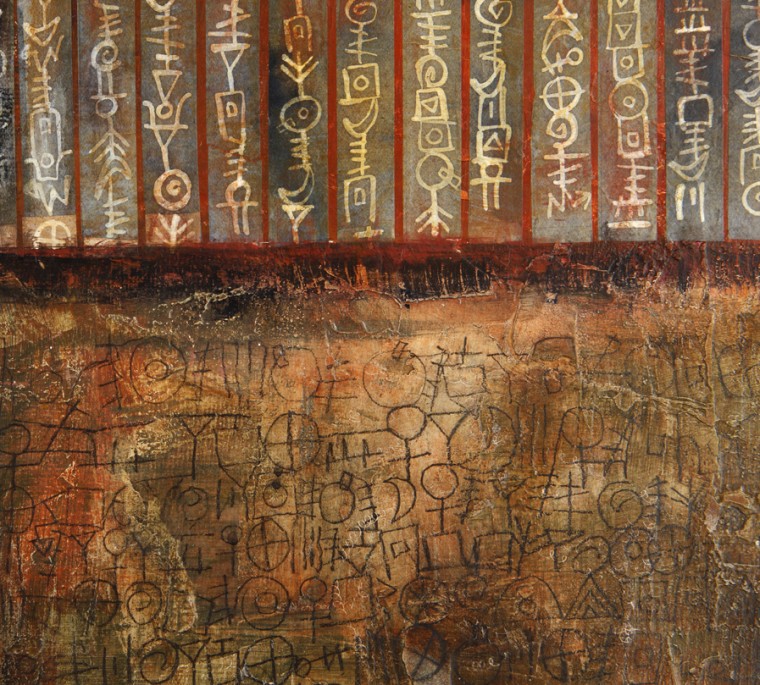 The Tibetans sent me a driver who understood, but did not speak English. Eight hours later, my contact James and I were waiting outside the Library of Tibet and Archives. “Geshe Lhakdor doesn’t give out cookies the way you say Geshe Wangyal did in New Jersey,” James warned me.

A Western woman in newish robes walked out of the door. She also wore a glow that approximated delight. As if she had opened a different door than the one she had entered. James and I were next.

Lhakdor looked as you might expect someone to look if he had spent his life as a scholar-monk. Hairless, robed in deep red with saffron trim. Sitting easily in a clubbish Western style chair, he looked like a professor-monk who might have trained Dr Strange.

He talked about the power of the texts under his watch. How they were smuggled out of the physical Tibet to Dharamsala, to Tibet-in-Exile. How a family of yak herders ate the most of one book thinking that the pages would heal them or make them invisible as they crossed the border from China. “Magic! They expect magic from the books. There is magic if you can read. If you want to understand. You work with libraries, you know that too. Do people eat your books?”

I paused for a few seconds imagining the taste that I had denied myself not eating books.

I looked at James for an acceptable answer, then said, “My son ate his favorite book when he was a toddler. He wanted it to be with him always, he told me.”

“And what do you seek to learn about our Buddhist philosophy?” he sighed and smiled as he asked.

“I know nothing of Buddhism,” I answered in the most perfect Zen student voice I could muster.

“Out! Out! Out!” He said in a raised voice. And we went out the same door we came in through.

James clapped me on the back with one hand. A loud sharp sound.