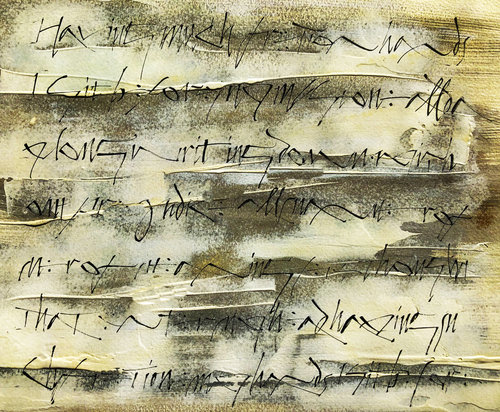 At some point, we were made aware of our sweat and the problem it posed. After a practice or game, we had to “hit the showers” as soon as possible. If someone stopped us on the way, we would apologize and quickly excuse ourselves. We kept our jackets on if we had pitted our shirts. Danny had a coach talk to him about “hygiene,” and Cathy was told ladies didn’t sweat, they glistened, but that really they shouldn’t exert themselves at all to ensure that it wouldn’t be an issue. I was taken to a Walgreens by my divorced father after a dinner, and, as I stood before shelves of antiperspirants deodorants, and colognes, he sprayed samples, so I could pick a scent. It was a solemn moment. I was selecting, not just a smell, but an adult identity. He was a Brut man. My older brother had a white porcelain bottle of Old Spice which featured an old-time sailing ship. I chose Mennen Speed Stick attracted by its modernity and ease of use. I kept it in the glove box of my Oldsmobile Vista Cruiser, and I would circle it around under my shirt before school started or I began a work shift. And then we were old enough to go clubbing, and years of education and etiquette were upended. There, to be drenched in sweat, to have a shirt darkened and pitted, showed how into the music you were, how long and hard you had been dancing, how you were liberated. It was a badge of honor, a sign of membership, an emblem of belonging. And when we went to the bathroom sinks to splash water on our faces and necks, it wasn’t to clean up, but to cool down, and it felt like a type of benediction, and when the water hit our skin, we would shudder, having triggered the muscle memory of summers dancing through sprinklers, a time we were unselfconscious about our bodies and how others might see them, a time when they didn’t sweat or glisten, but glowed.

Leave it to Joseph Mills who has written wonderful flowing poems entwined with winemaking to write engagingly of body sap, as if it too brings forth the best in fermentation. What he has written in “Sweat” is the simple human fragrance of everyday existence everywhere. This is an intimate, honest poem. We are all close. Even to the point that a divorced father, no matter how distant, is close. And this commonality we share, this badge of honor, is essentially a belonging. A belonging to the human race. This is a poem I sense Walt Whitman would love. An appreciation of who we all are, and how we all glow.  I just love the imagery of the benediction evolving to the summers and sprinklers, and the joy of being who we are. You almost want to drink it up.

For Mills, sweat is somewhat bitter sweet. What pours out of his pores here are the memories of passages: coming aware of hygiene and its social complexities, of the transition to manhood, of the times of anxiety (keeping the Speed Stick appropriately in the car and ready for action) and of pleasure (clubbing until soaked beyond the help of Mennen or its relatives). Ladies may glisten, as Cathy heard, but Mills chooses to celebrate when glistening is not enough. We must glow!

The mixing of religious ritual, adolescents, and biology make this piece great fun. I think my favorite sentence here is, “He was a Brut man.” I don’t think there’s much more to say than that.