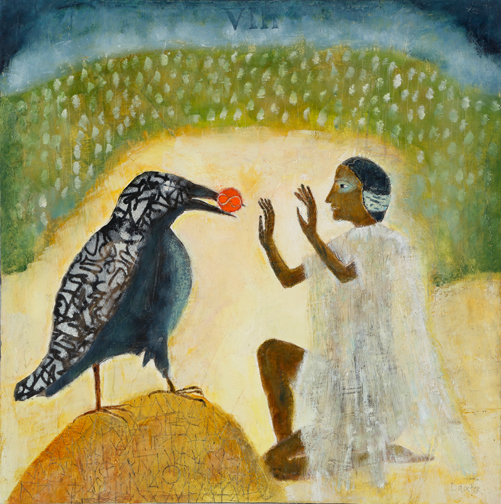 “You’re worn out,” the doctor said.
“And you’re low on fuel.”
He confirmed there was nothing malignant
then diagnosed iron tablets.

She tried a faith healer.
She couldn’t love herself
but if there was some kind of phenomenon
that she could bend her will to
then maybe that would work.
He laid his hand on her head
and mumbled a prayer.
He may have recommended iron tablets also.

The psychiatrist
asked her a series of simple questions.
She had paid, at the desk,
for much more complex ones.
As a side note,
he asked if she’d ever had her iron levels checked.

Maybe she really didn’t have enough iron.
But it was a different kind of iron
to the one the pharmacy made ready.

It was that iron in the soul,
the title of a book by Sartre
that she’d once read
though that existentialist
was the last one she’d look to for inspiration.
Family drained it at the source.
In the touch of former lovers, it mutated into sand.
The news headlines diluted it.
As did the stare of strangers.

She helped herself to the iron pills anyhow.
When you can’t take it anymore,
you have to take something.

A fun/moving poem with lots of great detail. I love how the humor builds. The first stanza sounds pretty normal. Then the last line of the second stanza let’s us know this is pretty funny. By the third stanza I was laughing out loud. I love “She had paid, at the desk,/for much more complex ones.” A great spoof on psychiatrists. And then the iron come in again. Then you shift the tone wonderfully to what happened to her. I really like “Family drained it at the source.” The last two lines are poignant, still humor but shaded with sorrow. I think you could change “to” in the line “to the one the pharmacy made ready” to “than,” and I think you could replace “made ready” to “sold.” Just some picky thoughts. A good poem!