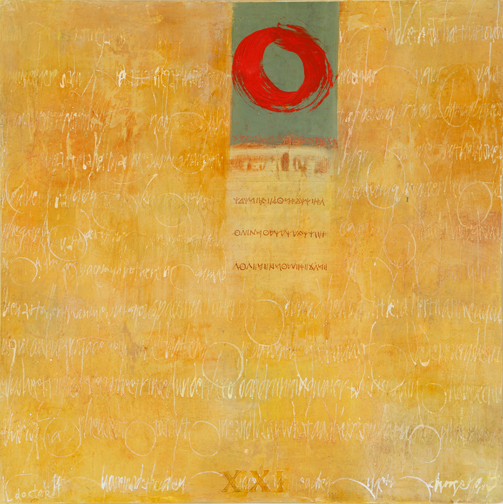 Champion Trees and the Meaning of Life

[ an earlier version of this essay previously appeared in Catamaran ]

Birds have birders and rocks have rock-hounders, but what about trees? Where are all the notebook-carrying, list-tallying tree lovers?

Turns out, trees do have tree people, and in general, they are folks who seek out, celebrate, want to be photographed standing next to America’s notable trees, and not just any big tree, but champion trees in particular. What’s a champion? Basically, the all-time biggest one, since if there is such a tree as the snot apple (Azanza garckeana), then inevitably somebody will want to find the biggest snot apple of all.

These are treasures hiding in plain sight. According to a forestry website, California has 207 Big Tree listings, 126 National Champions, and 37 Co-Champions. It’s a points thing, like trophy antlers on a moose. The winning tree does not have to be deep in a forest; overwatered city parks make prime foraging grounds for an alert tree spotter. Maybe you have a champion in your local swale, don’t even know it yet. To check, borrow a surveyor’s measure. Here’s the formula: Trunk Circumference (inches) + Height (feet) + ¼ Average Crown Spread (feet) = Total Points. To get circumference (or “dbh,” diameter at breast height), you measure the trunk four and a half feet up from the ground, unless there is a branch or the tree is on a hill. You can do it with some old rope and a measuring tape but hardcore aficionados buy laser hypsometers for $400 each. (As my old climbing partner used to say, “Anything worth doing is worth overdoing.”)

Do trees (like dogs) mirror the personalities of their owners? How perfect that in Los Angeles one of its national champions is the flower fence tree, and another, the silk floss, shades the grounds of the Hotel Bel-Air. There is a champion bottle tree near Las Vegas, in Boulder City. That suggests that record-holding trees may be closer to all of us than we might think. And that is indeed true: checking the database reveals that Santa Cruz has a champion California buckeye, Point Lobos a champion Gowen cypress, and even lowly Visalia wins with a supersized digger or ghost pine, also called gray pine, a tree whose dense, spikey cones remind me of an armor-plated coconut.

What do these trees mean? Why are we so compelled to measure, rank, award names and badges? “And now he has seen the elephant,” Thoreau said sarcastically, after Emerson returned from a year in Europe. For Thoreau, the local was miraculous enough; seeking superlatives means overlooking the glory of the everyday. Most everybody else disagrees and wants to be part of some kind of ultimate experience, and people are eager to hear about the biggest spider, fastest car, most obese cat.

Overweight cats included, most things look hideous and/or menacing if scaled up too large. At the Broad Art Museum in Los Angeles, one room displays something called Under the Table by Robert Therrien. It is a regular dining room table and six chairs, but made absurdly too large: we are not even toddler-sized, wandering lost beneath our parents’ out-of-reach life. It is a deeply unsettling sculpture. In Zambia at dusk I gave a scream and jump when a goliath beetle landed on my leg. They can grow to be nine inches long. Come now, surely you agree with me: bugs should not be as big as birds. It just upsets the balance of nature. We admire basketball players on the court, but would you want to retrofit your house to accommodate several? You would need a stepstool just to adjust the showerhead. Great Danes take the idea of “dog-ness” about as far as it can go; would you want to clean up after a Pyrenes if it were the size of a Budweiser Clydesdale? In contrast, the great thing about champion trees is how natural they look even when they are gigantic. (Whales are another animal that work fine if really large. Nobody ever saw a blue whale and said, “Oh I don’t like that one there, off the side of the boat—it’s just too big.”)

Alas, blue whale, apple tree, scarab beetle, or John Lennon, being singular is a terrible risk. Hard to be anonymous, even in a distant forest; the Internet makes notoriety and status too easy to access. As history warns us, fame can be a dark force. Bill Murray says that whenever anybody tells him they want to be rich and famous, he recommends starting with just the rich part and seeing if that doesn’t take care of it. The village of Stratford-upon-Avon once had a tree planted by Shakespeare—well, supposedly planted by him—but it no longer grows there, having been cut down in the eighteenth century by the property owner who was tired of all these strangers coming to his yard to carve names or break off memorial branches. The tree was looking worse and worse and the strangers in his yard were bolder and bolder, so finally the owner just cut the tree down and turned it into firewood. “Enough already!”

Being the biggest or fanciest or most well-known of anything means people will covet you, and when they covet, they cause harm, intentionally or otherwise. Don’t we think that somehow nature should be pure, exempted from this? Yet somebody always has to be an idiot. Sad but true: not all champion trees can be made public. For example, the tallest coastal redwood in the world—the all-time highest, most colossal skyscraper champion redwood tree in the entire world—is…

…a secret. We can’t tell you where it is, since if we say exactly where it lives, somebody will want to light it on fire or hook a chain around it and try to pull it down with a pickup truck or trample the roots taking selfies or mar the trunk with tagged names and blow-torched swastikas. When it comes to nature, superlatives like biggest, tallest, oldest bring out awe in most folks but provoke rage in others. Sworn to secrecy, I have hiked to what was claimed to be the second-tallest coastal redwood (which still seemed pretty damn tall), but that hardly counts, does it? Second best doesn’t feel quite complete. I am part of the problem too, then; I still want to get somebody to slip me the GPS numbers to get to the actual champion itself. The oldest bristlecone pine, over 5,000 years old—sorry, but that one has to be a secret too, as are the runners-up for eldest-of-all. Hidden from general knowledge, it’s as if those ancient trees have been whisked into witness protection or somehow have to be ashamed of their Methuselah status.

Another at-risk champion is King Clone Creosote, a single plant that has been growing in a gradually enlarging circle for 11,700 years. It lives inside a low fence along a dirt road in otherwise anonymous desert north of Joshua Tree. I have gone there—directions can be hunted up on the Internet—but really, it would be better if somebody cast a memory charm and deleted those from our collective awareness, maybe even took down the fence, and let it go on being just an anonymous creosote bush and not a site that needs to worry about collectors, ravers, vandals, and off-roaders.

Picture now a huge oak tree, a real granddaddy of them all. The trunk is thick, gnarled, layered with character; the immense branches spread out like a tent over a wedding. How much this grand tree has seen and endured, and each year it has survived to carry on for another year, another century. It might be hundreds of years old, perhaps even 1,000. In that span it has endured lightning strike after lightning strike, drought after drought. It was probed by bark beetles, scarred by gall wasps, undermined by fungus. Yet the worst danger of all might come if somebody names it a champion and puts up a big sign. Wood would be carved, acorns stolen, soil compacted, fires lit. To get the perfect shot, here, wait, just trim this part of the branch back a bit. It would be dead in ten years.

My entry in the ledger books may be for silver cholla, Cylindropuntia echinocarpa. Most are three or four feet tall and Wikipedia caps them at six feet. Yet a buddy and I found a ten-footer in the foothills above Acton. I would hesitate to send anybody else there, though. It’s a bit of a climb to where it was, and looking on Google Earth, I am not sure I can find it again. But more annoyingly, the dirt pullout where we had parked the cars—this was during the virus stay-at-home rules, when it was not clear which trails were open and closed—was in view of a nearby homeowner. Our “not from around this road” cars had attracted the attention of this vigilante, who had come out with his Rottweiler to harry us off what was in actuality a public road. Having been shot at recently while looking for a rare species of pocket mouse, I take lunatics and their guns very seriously.

So maybe better not to be grand. Drab and unremarkable is best. Before his fall from grace, Kevin Spacey had a gig in a theatre in England, and on the weekends, would travel around by canal boat. If people said, “Wait, aren’t you—,” he always said he wasn’t the real Kevin Spacey, he was just Kevin Spacey’s stunt double. The real Kevin Spacey (he said) was much better looking.

Fake names, disguises, dodging the Stans—thanks but no thanks. To be a shrub, not an oak, that means you may flourish best, or, if an oak, even a big one, be just regular enough that you’re counted as part of the scenery and nothing that merits special attention.

Let Bill Murray and Kevin Spacey and 207 champion trees guide us forward: the secret to a happy, contented life is to live to be very old, very tough, and very anonymous.