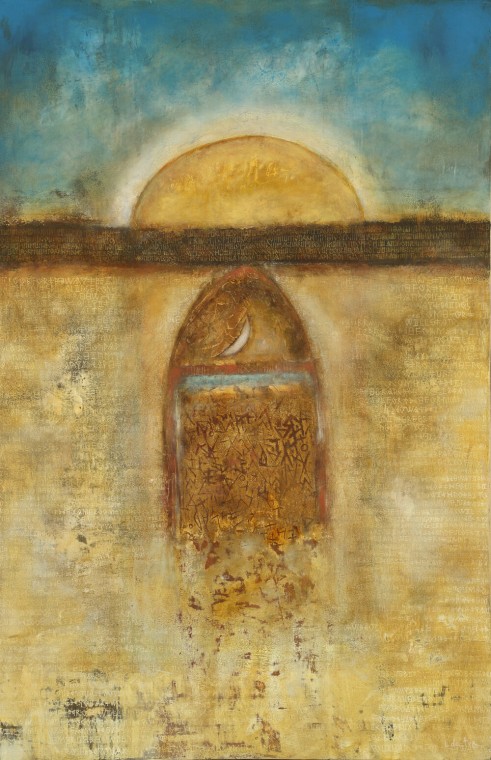 The day I woke up I saw
a dandelion blown apart
in a harsh wind, an ominous
reminder of what might’ve
been: a dwarf of a woman
so unattractive entrapping
me and claiming my husband
as her own; only a few years
younger than me with the mouth
of a sailor recklessly breaking
up another man’s marriage, trying
to bind him so her suicidal dervish
doesn’t swallow her whole. No gas
money, no money for groceries,
the last of it spent on shiny rocks.
If she loses hold of my husband
or the first man who’s now backing
out, the messy, twisted life she’d
made will tighten itself like a noose
around her even more. She is the one
who pecks at my window like a crow,
wishing she were the trophy wife
and I were the one rotting away in
the implacable cold. I pray God
pens her far away from me, not
caring that she’s fallen ill for three
days—the air around her full of
a dry, feathery dust she inhales
that stings her eyes and throat.

Perfection may seem fragile to a stiff breeze. In the end, for me, “A Harsh Wind” may not be so harsh at all, but in fact simply all that the lungs could muster. Bobbi Sinha-Morey writes a wonderful deep poem that has its seeds in the wind, and at earth’s skin. And like fate’s tumbling flight and its subsequent persistent roots, this poem can go in the direction its reader might choose. For the purpose of my review, I will chose a sense of desire and the need to embrace what is indestructible in ourselves, no matter the perfection we preconceive.

The dandelion is not just a humble weed soon to crawl to crabgrass, but poetically a reflection of the coming and going sun. And to any green thumb it is also a very stubborn pain in the back because of its settled roots. It is also the joy to a child in all its golden beaming, and in all the joy of a toy of a seeded blossom of wishes puffed outward to the wide open pasture. Still, when some perfected adults see bitterly from within their castles what arises of an unsightly figure upon the elegant greensward, it simply stains the dream of a trophy lawn. Out and out with the weed killer granules. Maybe in three days dead. If perfected.

But, formidable the dandelion. Quick to reappear. Ephemeral and stubborn and faithful, resurrecting like the sun. And one that is blown apart seems to be obliterated, even though all those easy to lose wishes of seeds are then outward to self-preservation.

I like to think the messaging here may be an unspoken desire, maybe even to the point of envy, to freely be the weed in all its loveliness and then ugliness, and its loveliness again, grateful then even for the harsh wind, letting go to fate’s perfection.

Sometimes it seems that if we’re authentic in expressing our anger that we’ll be attacked as an hater or as a terrible person. Which is why I find this poem refreshing: the speaker is angry about the ugly, husband-stealing dwarf-woman and wants that woman far from her (and presumably her man). There’s no apology here, no second thought that maybe we should consider the other woman’s point of view. No, there’s a line, the speaker’s drawn it, and that’s the truth. I confess that I cheer for this poem because it is unafraid of its emotional punch; it knows what it is, what it’s doing, and does not genuflect.