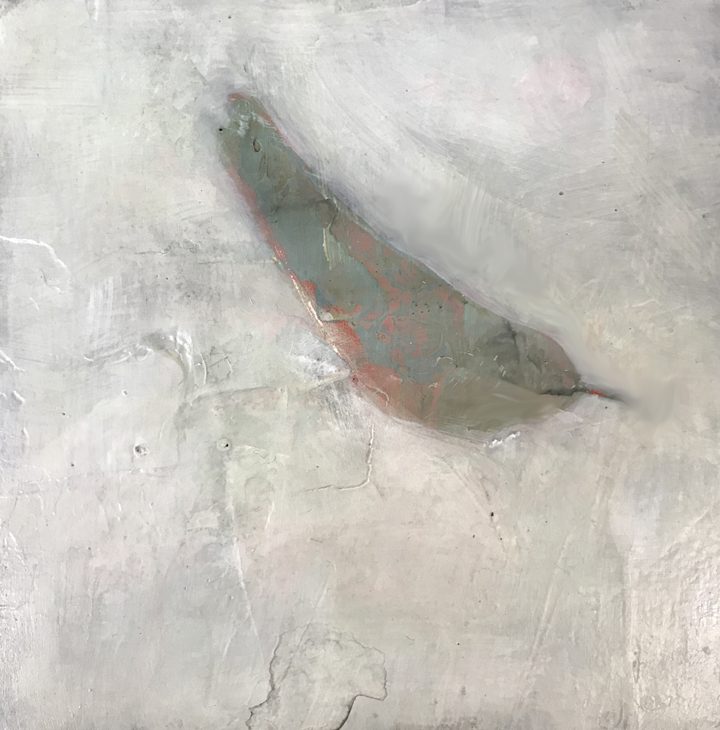 FOR DENISE on this winter solstice

I miss her rolling with me along the bike path,

her hand on the toggle of her power wheelchair,

though with snow now so deep

we’d never make it through.

But then I remember how she called starlings—

understudies to the stars,

how she said we are all of us walking the plank

with the sword of time urging us forward—

or when she would wonder out loud if it was

evidence of our divinity

that the sides of our heads are called temples.

Is it really an ocean into which we plunge?

Did she in those final moments hear it swirling and sloshing

folding into her the way waves do

soaking the beach one grain at a time?

She has gone deeper than the pit of creation,

lost in the silence of her final Easter.

While both Pelka’s poems demonstrate wonderful turns toward their closings, this poem’s build through memory and image toward the future that will drown us all is dramatic and potent: dramatic for the scenes it describes and imagery it draws, and potent for the hope and comfort it conveys. In this, the poem plays the god-coaxing music it suggests at its conclusion beautifully.

Review by Devon Balwit (This review is duplicated below Cancer Center, Northampton, since it discusses both poems in this issue)

That a poem speaks to me hinges on how artfully it refracts my interests and concerns. I want both to recognize and resonate with the content and feel a mix of admiration and jealousy at how a poet’s rhythm, stanzas, line-breaks, typography and word choice make me want to read and reread.

Suddenly finding myself past middle age and inhabiting a body prone to painful break down, I tend to linger over poems like those of Fred Pelka that mull over how we live in and through our final years. Words like “Cancer Center, mental fog, chemo, and wheelchair” pull me in—not as a rubbernecker of someone else’s tragedy, but as one who catches a glimpse of myself in the life of a stranger. How does one “do” terminal illness and death? How can one lose what is most precious to us and create art about it (or how might our survivors)?

I assume that Denise is a spouse rather than a close friend as the narrator takes on the intimate task of brushing her hair. Italicized conversation is both reported and imagined, suggesting dailiness and familiarity. These two spoke of weighty matters—of the spirit, the afterlife, the soul, god with a small “g.” We have clever thought-fish, elusive in the mind’s pond, starlings, agents of the upper realms, and Time, a pitiless pirate urging us on. Rich in humorous insight, she is a woman I would have liked to have known.

Pelka sets all this in rhythmic lines attentive to melody. For example, look at his alliterative “m’s” in the first stanza of “Cancer Center, Northampton”: “the diminution of her short-term memory / her mental fog / the way a prism might be swaddled…” Or his “s’s”: “the sound as I brush is the whisper…” Assonance, too, appears, as in this line from “For Denise on This Winter Solstice”: “though with the snow now so deep…” Pelka’s poems are also metrically interesting—as in this example of repeated strong beats: “her hánd on the tóggle of her pówer wheélchair…”

Finally, any poem that ends

to which she might reply – we only need music

is a poem for me. Pelka has used his art to make a bittersweet loveliness of loss and embody the divine.