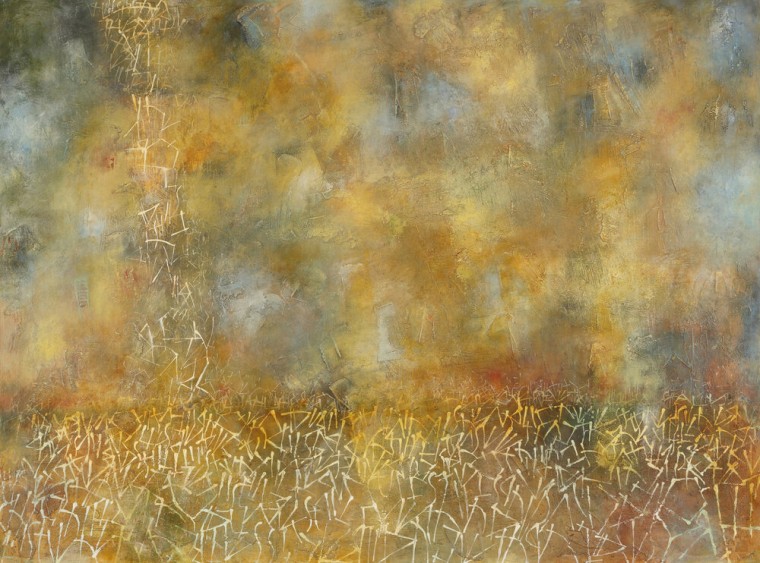 you clapper awesome, awful
no longer reaching me
bronze light drained
touch the coral reefs, the melting glaciers
touch my mute metal, hammered and haunted
still a bell if I no longer ring
a-blaze, a-bloom with earth’s praise

A bell thrives on touch, on the instigated movement of its clapper, to speak volumes. With “Silenced Bell” Claire Scott uses powerful language to speak of the heart that has lost its purpose, a “tongue unworded.” She reminds us what a bell is made to do. To ring. What is a heart meant to do? Certainly a numb heart is a bell no longer if it is not calling the harmony of hope, especially in this world of hurt. Even prayer no longer has resonance when the heart has lost its ability to touch. All the heart’s power, to be awesome, turns awful if it is unused and rendered simply silent. It is good as a fist instead, “mute metal,” to bring on more hurt. This strikes me as meaningful messaging to all of us losing our ability to love, no matter all our pains. But still, to me, this poem speaks of opportunity. Scott opens the possibility that there is much more to all of this than even the sound of a word, but power in the action of it. And she uses “touch” masterfully and restates it, as if a plea begging for it to somehow be. Essentially, it is a prayer. It is as if, even in all the despair, still there is hope to erase the silence.

With an almost Hopkins-like philosophy, this poem offers an inscape/instress of both the bell and the speaker: how the bell would call, alert, alarm, and round-out for a human-divine communion that the speaker now, in her own way, conveys toward creation. The speaker points out that the bell might no longer function for the various travesties experienced by its inhabitants, but that it can stand as a symbol for further community, further praise.