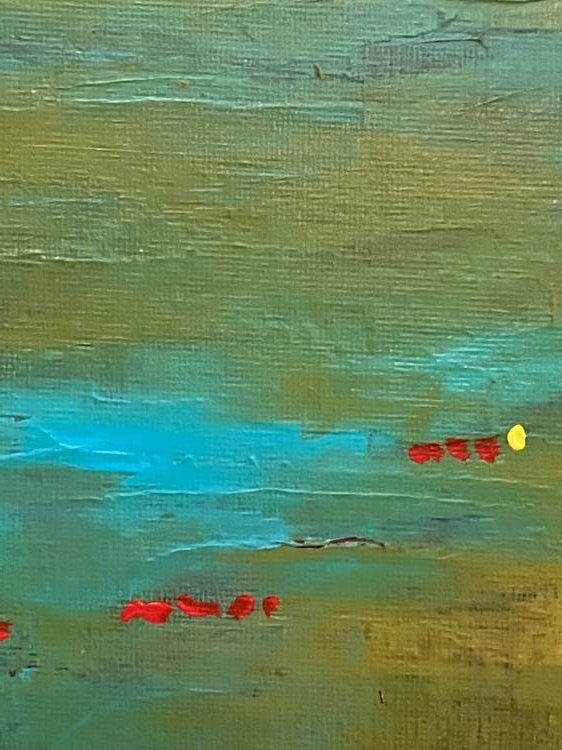 The sustained line curves, whips above and across a river, gilded by sunlight,
something on the end of it, a weight to bring it along,
the end holding a false fly to lure a trout to rise to the surface to eat,
and it is snagged, pulled, engaged so others
may eat.
The sustained pull pulls the trout to the surface
again and again, unaware
that the end of the line will see it in sunlight
out of the depths, away from the cool running darkness in which it thrives,
that this line, despite its sinuous beauty
which seems alive,
is filament
while the trout is the thing with life in it.

All rivers run to the sea where they cease to be.
Sustained by rain and melted snow, they run by default downhill,
bordered by maples or firs or rocks that absorb sunlight’s heat,

and vision is sustained one more day in a long line of days
that curl and whip,
pulled across the universe
by something heavy on the end that snags and lifts from water to air.

A very long poem that is impossible to comprehend to the end from the first reading. And it’s wonderful and exciting – a small-big world fits into “Trout Stream”. Looks cute and epic at the same time.

Bruce Parker details the mechanics of fly fishing with strong action verbs- the fishing line curves, whips, and the fish is snagged, pulled, engaged as the poem quickly takes a turn into a life and death struggle for the unwitting trout. Stanza 2 contrasts the struggle between the inanimate fishing line that mimics life and the struggling trout.  Stanza 3 extrapolates vison as the inevitable unknown that awaits to one day to surprise us, bringing the metaphor of the poem to completion. The reader has become the trout swept along in the currents of life and powerful external forces in the universe.

I have the image of multiple metaphysical lines whipping and merging into one across the river of life. Lines motored by something heavy, heavy enough to steer, strong enough to pull, beautiful enough to lure, to convince me to take the bait that I am bred to take and follow to the natural end that I am bred to reach. And if you feel there’s little room for personal choice in all this, it’s because there isn’t any, and that is just how things are.

Pulls and drives that tell us about an order of things inalienable, unescapable, intrinsic to every lever of matter and repeating itself at every level of matter: there is a long line of days called Time whipping this sun around with all its planets and moons and lifeforms queuing behind it; there is gravity, lining things up with its sinuous beauty which seems alive; there is us, swimming, until we are not, until we cease to be, picked, snagged, one by one, in line for our turn to be gilded by sunlight (one can only hope).

One of my favorite books is The River Why, but David James Duncan, and not because the book’s about fishing or trout or rivers, but because it’s about life and how life operates, which is similar to how this poem functions, and I enjoy it in a similar way.