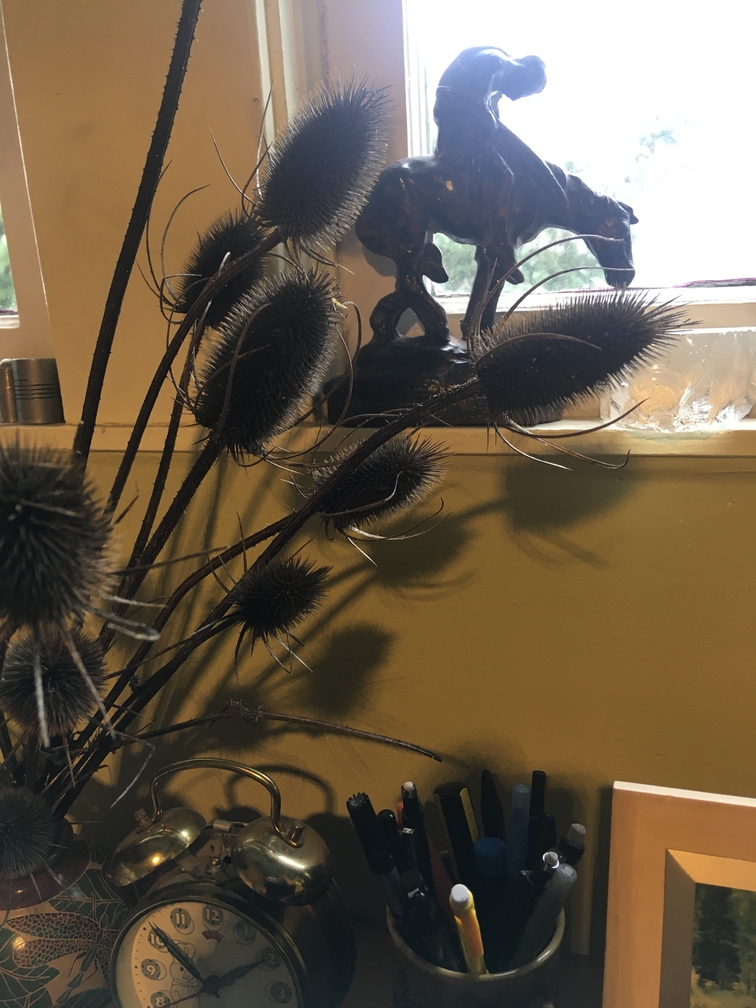 Tom Barlow is an Ohio writer of poetry, short stories and novels. His work has appeared in journals including PlainSongs, Ekphrastic Review, Voicemail Poetry, Hobart, Tenemos, Redivider, The North Dakota Quarterly, The New York Quarterly, The Modern Poetry Quarterly, and many more. See more at tombarlowauthor.com.

Dmitry Blizniuk is a poet from Ukraine. His most recent poems have appeared in Rattle, The Nation, The London Magazine, Pleiades, Another Chicago Magazine, Eurolitkrant, Poet Lore, NDQ, The Pinch, New Mexico Review, The Ilanot Review, National Translation Month, EastWest Literary Forum, and many others.. A Pushcart Prize nominee, he is also the author of The Red Fоrest (Fowlpox Press, 2018). His poems have been awarded the RHINO 2022 Translation Prize. He lives in Kharkov, Ukraine.

Joann Renee Boswell is the author of Cosmic Pockets (Fernwood Press, 2020), a full-length collection of poetry and photography. Joann lives in Camas, WA with her husband and three children. She loves rainy days filled with coffee, justice, handholding, hope and sci-fi shows. joannrenee.com

JW Burns lives in Florida. Poems and short prose in several journals, most recently After Happy Hour, Ginosko Literary Journal and I 70 Review.

Dale Champlin, an Oregon poet with an MFA in fine art, has poems in The Opiate, Timberline Review, Pif, and elsewhere. She is the editor of /pãn| dé | mïk/ 2020: An Anthology of Pandemic Poems from the Oregon Poetry Association. Her first collection The Barbie Diaries was published in 2019 with Just a Lark Books. Callie Comes of Age was published by Cirque Press in 2021. Three collections, Leda, Isadora, and Andromina, A Stranger in America are forthcoming. Her sentient android, Andromina, protagonist of ninety-four poems, declares, “I wax magnetic as chunky biker jewelry, yet am susceptible to innuendo.”

Diane Corson: Some poems of the poet’s are in the collection of Oregon Poetry at the University of Oregon Library. Poems have been published in the 2003 Poetry Anthology, Theory Magazine, Terratory Journal, 2017,  the North Coast Squid, Cirque Journal, 2017, Cirque Journal, 2018, and Terra Incognita, and Pif Magazine, 2020, and /pãn| dé | mïk/ 2020: An Anthology of Pandemic Poems from the Oregon Poetry Association. The author has written and designed three chapbooks: Poor Tree, 2013, elemental, 2016, and There Being: Interiority, 2018, and Cathesix, 2020. The poet was a board member with Oregon Poetry Association for three years. The author has an art and design degree from Montana State University in Bozeman, Montana, where she lived a fairly primitive life for thirty years before moving to the sophisticated Pacific Northwest where she lives happily with her husband, Bruce Parker, with three of her daughters close by.

Rebecca Dempsey’s work is featured in Elsewhere Journal, Ink Pantry, and Ligeia Magazine. Rebecca lives in Melbourne, Australia, and can be found at WritingBec.com.

John Dorroh may have taught high school science for several decades. Whether he did is still being discussed. He’s never caught a hummingbird or fallen into a volcano. Three of his poems were nominated for Best of the Net, and hundreds more have appeared in journals such as Feral, River Heron, North Dakota Quarterly, and Selcouth Station. He is a Southerner living in the Midwest and had two chapbooks published in 2022 – Swim at Your Risk and Personal Ad Poetry.

David Dumouriez was born, has lived a bit, and will probably die.

Nadine Ellsworth-Moran serves in ministry in Georgia. She is fascinated by the stories unfolding all around her and seeks to bring everyone into conversation around a common table. Her work has appeared in Interpretation, Ekstasis, Emrys, Structo, and Kakalak, among others. She lives with her husband and three unrepentant cats.

John Garmon’s poems and stories have been in Ploughshares, Prairie Schooner, Radius, Florida Review, Triggerfish, Aji, Commonweal, Quartet, The Oregonian, Southern Poetry Review, Paradise Review, and many other magazines. He is a writing assistant at the College of Southern Nevada, Las Vegas.

Mary Giudice is a contented wife, mother, and teacher. One of her favorite hobbies is matchmaking people with old books & good poems… and watching the sparks fly.

Phil Kirsch is a lifetime New Jersey resident who has been writing most of his seventy-odd years.  Attended Bread Loaf Writers’ Conference (1975); received MFA in Poetry from Goddard College, Vt. (1980).  Past president of South Mountain Poets workshop.  Published in Journal of New Jersey Poets, New Jersey Poetry Monthly, Green House, Phantasm and more recently, The Stillwater Review, among others.

Philip Kobylarz is an itinerant teacher of the language arts and writer of fiction, poetry, book reviews, and essays. He has worked as a journalist, a film critic, a veterinarian’s assistant, a deliverer of furniture, and an ascetic. He has volunteered at the Union City Historical Museum. His work appears in such publications as Paris Review, Poetry, The Best American Poetry series, Massachusetts Review, and Lalitamba. He also published a collection poetry entitled rues and a collection of short stories entitled Now Leaving Nowheresville. He spends his time in the East Bay, Huntington Beach, and in the monastery in which he lives with his cat KatdawgRocket 99, his dog Chibi, and any woman who is able to temporarily love him.

Kurt Luchs (kurtluchs.com) has poems published in Plume Poetry Journal, The Sun Magazine, and London Grip. He won the 2022 Pushcart Prize, the 2021 Eyelands Book Award and the 2019 Atlanta Review International Poetry Contest. He has written humor for the New Yorker, the Onion and McSweeney’s Internet Tendency. His humor collection, It’s Funny Until Someone Loses an Eye (Then It’s Really Funny) (2017), and his poetry collection, Falling in the Direction of Up (2021), are published by Sagging Meniscus Press. He lives in Portage, Michigan.

Joseph Mills is a faculty member at the University of North Carolina School of the Arts, has published multiple volumes of poetry, including Bodies in Motion: Poems About Dance and This Miraculous Turning which was awarded the North Carolina Roanoke-Chowan Award for Poetry for its exploration of race and family.

Mitchel Montagna has worked as a radio journalist, special education teacher, and corporate communications manager. Publications include Amarillo Bay, Leaves of Ink, Close to the Bone, Adelaide, and CommuterLit. He is married and lives in New Jersey.

Bruce Parker holds an MA in Secondary Education from the University of New Mexico. His work appears in Triggerfish Critical Review, Pif, Blue Unicorn, Cerasus, and elsewhere. He lives in Portland, Oregon, and is an Associate Editor at Boulevard. He authored Ramadan in Summer, (Finishing Line Press, 2022).

Zeke Sanchez is a writer/poet living in Tennessee.     He won in-house competitions in The Critical Poet and has been published here in Triggerfish.  His poetry may at times reflect his background: migrant worker, forest firefighter, Vietnam veteran, technical writer.  The Shadows of Our Mind, a book of photography, done with professional photographer Doug Stoffer, contains a number of Zeke’s poems.  He’s also published The Fire With Two Dragon Smokes, a book about his experiences with a “Hotshot” Forest Crew in the Northwest and beyond.

Claire Scott is an award-winning poet who has received multiple Pushcart Prize nominations. Her work has appeared in the Atlanta Review, Bellevue Literary Review, New Ohio Review, Enizagam and Healing Muse among others. Claire is the author of Waiting to be Called and Until I Couldn’t. She is the co-author of Unfolding in Light: A Sisters’ Journey in Photography and Poetry.

Nancy Sobanik is a registered nurse who writes with empathy for life’s challenges and to create meaningful connections for the reader. Most of all, because the creative high is the best kind to be had! She enjoys participating in local writing societies and writing workshops, and has been critiqued on Rattle‘s “Critique of the Week”. Her recent poetry can be found on poetcollectives.org. She currently resides in Maine with her husband, near her two adult children, and her extremely active German Shepherd dog and hiking buddy.

John Tustin’s poetry has appeared in many disparate literary journals since 2009. fritzware.com/johntustinpoetry contains links to his published poetry online.

Anastasia Vassos is the author of Nike Adjusting Her Sandal (Nixes Mate, 2021).  Her chapbook Nostos will be published by Kelsay Books in 2023. Her poems appear in Thrush, SWWIM, RHINO, Whale Road Review and elsewhere. She is a Best-of-the-Net finalist and a Pushcart nominee. She speaks three languages and lives in Boston.

Chuck Von Nordheim lives in Ohio, but grew up in California. He is kept in line by a wife, 30-year-old sons, and a cat. In the spring, he scores academic tests. In the summer, he slings concessions at an outdoor concert venue. In the fall, he works as a substitute teacher. In the winter, he writes. More of his Inland Empire poems can be found online at Former People and The Metaworker.

Richard Weaver hopes to return as the writer-in-residence at the James Joyce Pub; his other pubs: Dead Mule, Steel Toe R., SouthernQ, XavierR, FRIGG, Pembroke, & New OrleansR. He’s the author of The Stars Undone (Duende Press, 1992), and provided the libretto for a symphony, Of Sea and Stars (2005). Recently, his 160th prose poem was published. He was a finalist in the 2019 Dogwood Literary Prize in Poetry.

Valentin Yemelin was born in Moscow, Russia. Since 2001 he lives in Norway. Graduated from the Leningrad Institute of Technology (Russia) and Harvard University (USA). Works in the Collaborating Center of the UN Environment Program.
Writes poetry in Russian and English. His translations from English, Russian, German, Swedish, Danish and Norwegian were published in the poetry magazines Interpoezia, «The Write Launch» (USA), Vyshgorod (Estonia), Emigrant Lira (Belgium).