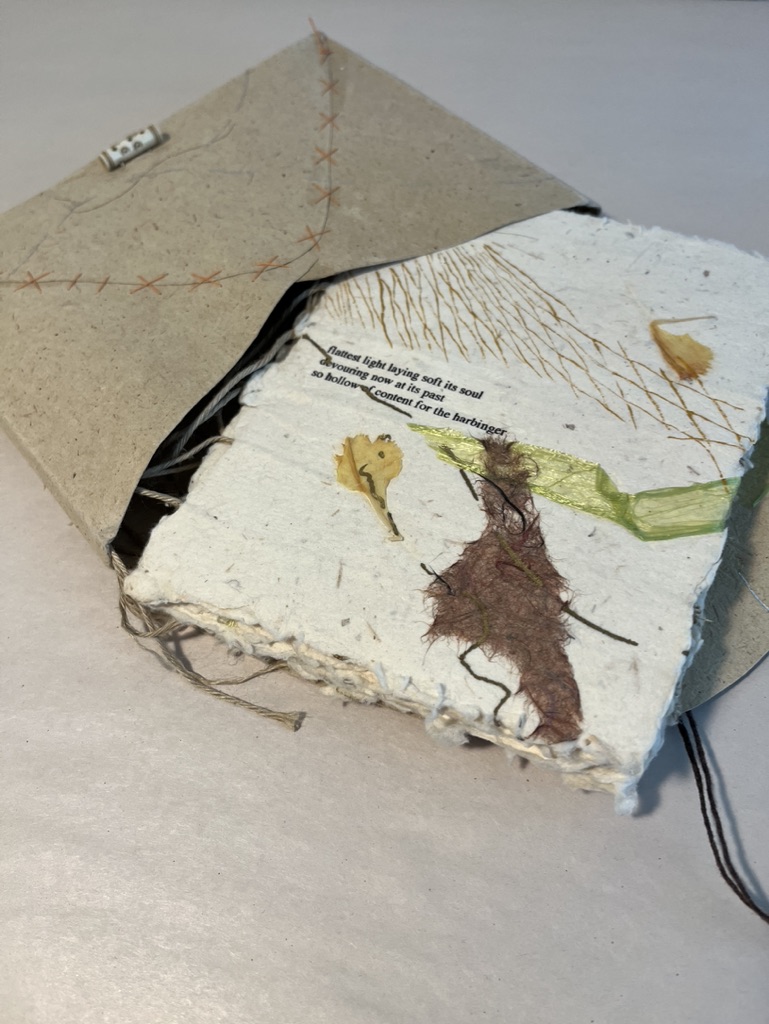 Yesterday in my garden,
I shoved the shovel’s blade
into earth and hit rock.

And on my walk, cold wind blew
and my eyes began to water.
I thought of nothing, kept walking, my handkerchief

when I die, I want to be buried there
in the Mariana Trench, my love, with you—
to plumb a mystery we long for and refuse.

Before language brought us a word for blue
Homer described the sea wine-dark.
Let’s agree blue can mean

sea or bother or door or forever—
don’t the Greeks have four words
for love: agape, philia, storge, eros.

Wild trench deeper than Everest
is tall, darker than all I have to measure it by.

At the start of the poem, the protagonist drives the shovel into earth and hits rock.  It foreshadows the introduction of the Mariana Trench, the deepest ocean trench on the planet, deeper than Mt. Everest is tall.  The transition from the protagonist walking blurry-eyed in the rain, in the streetscape, to being under water is abrupt, but it works for me.  Being underwater with her love to “plumb a mystery we long for and refuse.”  It’s a fairly straightforward poem but engages the reader with mysteries, questions.  Like what is it that is longed for but refused?  And at the end, what is it in her life, her relationship with the lover, that is “darker than all I have to measure it by”?  For me the poem succeeds in evoking all those questions, those imponderables, we carry around as if in suitcases, from imagined train station to train station.

I have to admire a love poem that is full of love but only mentions it once. Plainspoken and striking in its imagery, not unlike Homer whom it namechecks, this verse builds on parallel kinds of depths encountered in the course of an ordinary day.

First, in the poet’s garden, her shovel plunges down through the earth and hits rock. Then, while she’s on her daily walk, the wind makes her eyes tear up so that she feels submerged in water. The mind being what it is, this leads naturally (if somewhat morbidly) to thoughts of dying, presumably by drowning, and suddenly she is talking about burial at sea, in the deepest part of it, the Mariana Trench. And here’s where love comes into it overtly, because she doesn’t desire to be buried alone but rather, “my love, with you.”

The hinge of the poem is the line right after that where she says she wants “to plumb a mystery we long for and refuse.” Which mystery? Life? Love? Death? All of them, I think. They are all bound up together, experienced together. Then we have a little counterpoint with the ambiguities of the word “blue” and the fine distinctions, in Greek, between the four types of love.

She ends, however, with the most provocative image of the “Wild trench” as a kind of Mt. Everest in reverse, “tall, darker than all I have to measure it by.” Every other stanza in the poem has three lines but this one has only two, for emphasis. In a way, the title cleverly modifies the image of the trench. How can she say it’s “My Mariana Trench,” claiming ownership of this thing she can’t begin to measure? Because the depths within, her own depths—including the depths of love—are equal to those without. And the poem is its own proof.