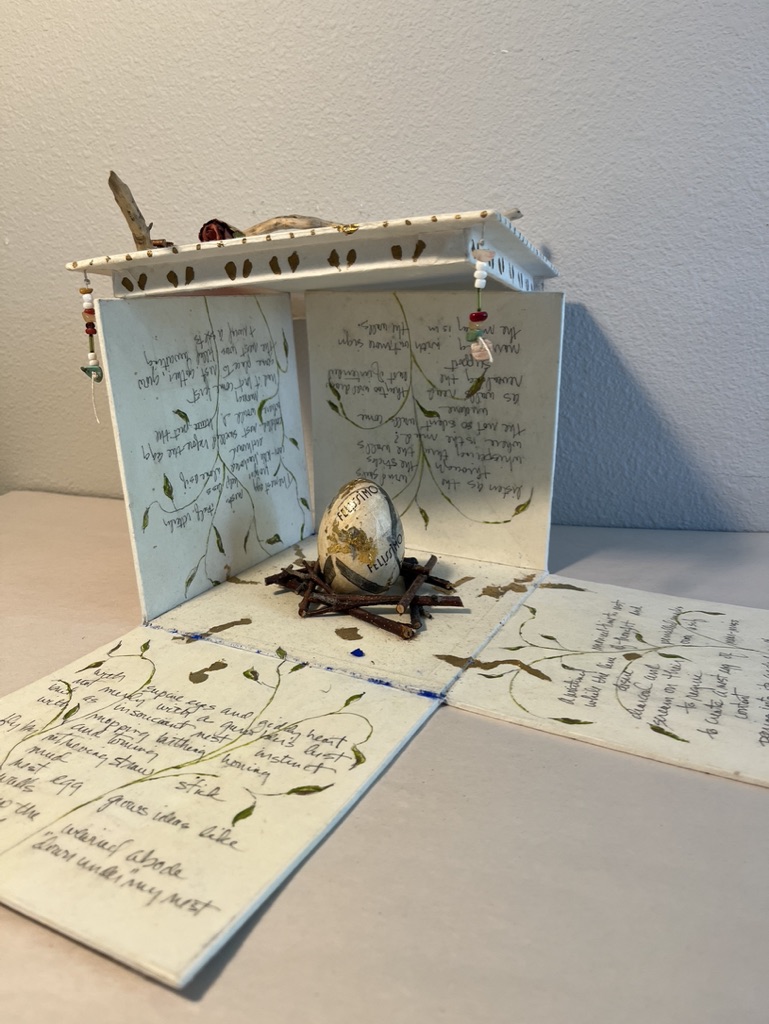 geometry is mostly a mystery.
I had to teach myself, confined
by mononucleosis to tedious hours
of perplexion with my math book splayed

across my lap. However, I know a triangle
is the strongest form, and the isosceles
is not found in nature, with two exactly equal
lines mutually supported by a base.  It’s even more

rare in love, where trapezoids prevail
at peculiar angles–   a concept I failed to grasp
that 8th grade spring.   Now I only know myself
as a series of noncollinear points

without a way to balance our equation—
I can stop trying to even the edges, re-work
the lines.  You were always more than, but not equal to,
and I was always less.  Finally, I have learned
the rules of geometry will break your heart.

A really good poem comparing relationships to eighth grade geometry. So original. I like “two exactly equal/lines mutually supported by a base” as though that were possible in a couple. And “where trapezoids prevail.” The messiness of human relationships compared to the order in the world of triangles.  The last line is fabulous!!! A wonderful lesson for an eighth grader. And for us all.

I like the technical aspect of describing kissing and relationships in mathematical terms.  I think it would also be fun to hear the rest of the story: how kissing destroyed math, how the destruction of math and, presumably, kissing, broke the heart.  I like the poem because it describes one set of relationships, but I’d love it more if it proved the other sides, the rest of the angles, too.  It’s probably not right to want what’s not in a poem, but for me the eight-grade story seems so tempting.