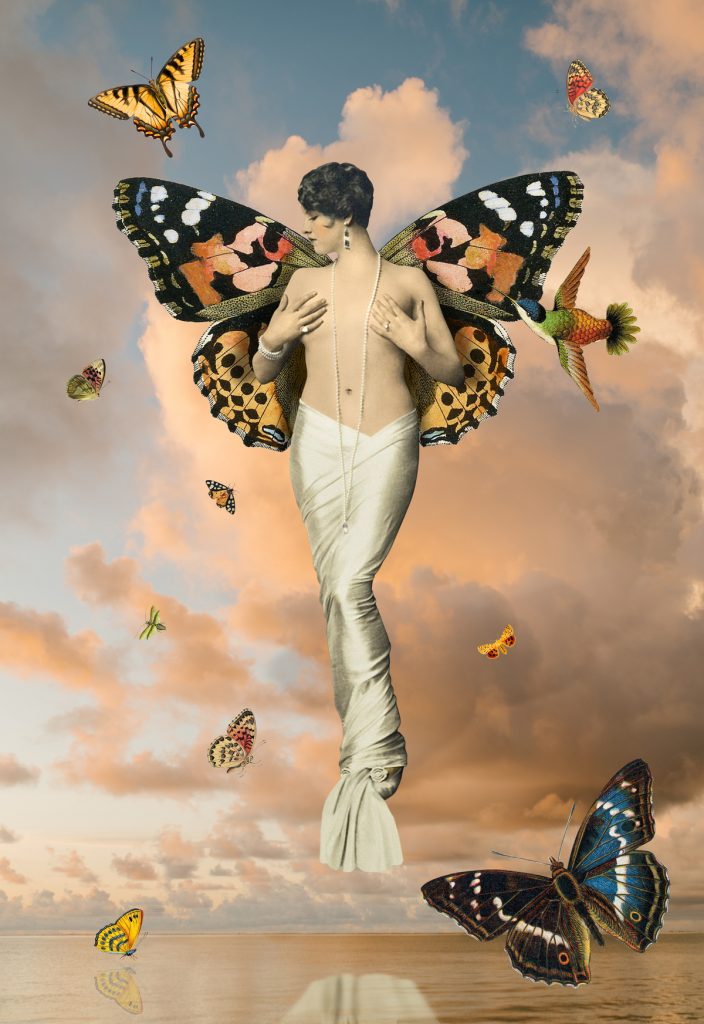 Parallel was a favorite word of mine.
It rivalled biped and gnomic
because it made me feel flush with science.

That someone decided parallels should never meet
was a strain on my mental life.

They were almost everywhere I looked:
twin brows of a ship’s wake,
lines of flight of gulls aloft
mirror image of clouds on salt spray
lovers looking in opposite directions.

Present circumstances dictated the rule,
red line must lag behind green line.
If they touch, someone said, c’est le fin.|

That day I aimed to disprove geometry
as I walked on creosote ties between tracks.
The steel rails gamely stretched
to infinity where red and green blotted together.

A nurse came running. An orderly
pounded my chest as if I owed money.

That day (I remember) was clear and clairvoyant.
My mind had dispelled all the disjunctions
that a life haplessly provides.

(My cousin had said on a sphere’s surface,
no parallels exist. Everything crosses.
There is no tranquility
because no choices have to be made.)

I wore boots. Each step was a mile.
I walked a bed of clinkers, past old stone walls
steam-scorched by the engine heat,
a dead ocelot, broken beer bottles
cigarette butts (hundreds), a baseball cap,
a commuter’s train schedule.

Someone else walked with me besides
my shadow, a third who remained apart
wanting to talk from there.

Admiral Byrd (I read) had a similar experience
during the expedition to the North Pole.
Perhaps the mind plays tricks, or God – or death.

True, the heat had gone to my head,
like a moth to the flame.
Are you unhappy? the other asked.

A trailer to the conversation
that appeared when opening my journal.
Are you writing? he repeated.
The coast never seemed farther away.

Tell me your name, I said. A pause of restraint.
You know it isn’t allowed, he said.
Another mile: We are different, he said.
You want us to be the same but I’m not.

A hot wind braised my temples. The tracks
were a broken-down staircase leading south.
You mustn’t disdain the truth, he was saying,
then silence, the copper taste of fear,
a long deep chasm into which we strode.

Are you alone? The voice sounded like hope
squashed inside Pandora’s box. Actually,
it was just a scratch in my throat.

The orderly ended his violence in a flourish
that announced truce on the battlefield.
The screen showed lines that were parallel again.
He cheerfully transcribed notes into my clipboard.

The gaiety in the room was explosive.
Laws of geometry were forgiving and
in the freedom I imagined the completion of
the novel stowed in the top desk drawer.

The doctor shook my hand and pronounced
I’d soon feel again like a new man.

The words seemed deeply fraudulent
but come evening I was at my typewriter.

Lines appeared, to my relief, evenly one by one,
chasing each other down the page.

If only on the bland surface, they respected
the perpetual distance that held them apart.

A new proof: one plus one equals one.

Where red and green blotted together.

What happens when laws and dogmas get questioned?

What happens when our search disrupts the rule of truisms our systems are based upon and disturbs the house of cards we call knowledge? The mind plays tricks, like a moth to a flame, and our senses become the last thing we can trust: finite has just become infinity.

What are the consequences when (to put it with Wilfrid Sellars) the ‘myth of the given’ governing our graspings and basal certainties relaxes its grip, distracted, hijacked by our imagination and freedom of exploration? C’est le fin, or, in other words, poetry is born.

Big and forgiving enough to cope with our insolence and curiosity, the universe is not jealous of its secrets and trickeries, which remain well-hidden in plain sight. We get away with a tap on the head and an admonishment to be more careful in the future. As if that is going to stop us.