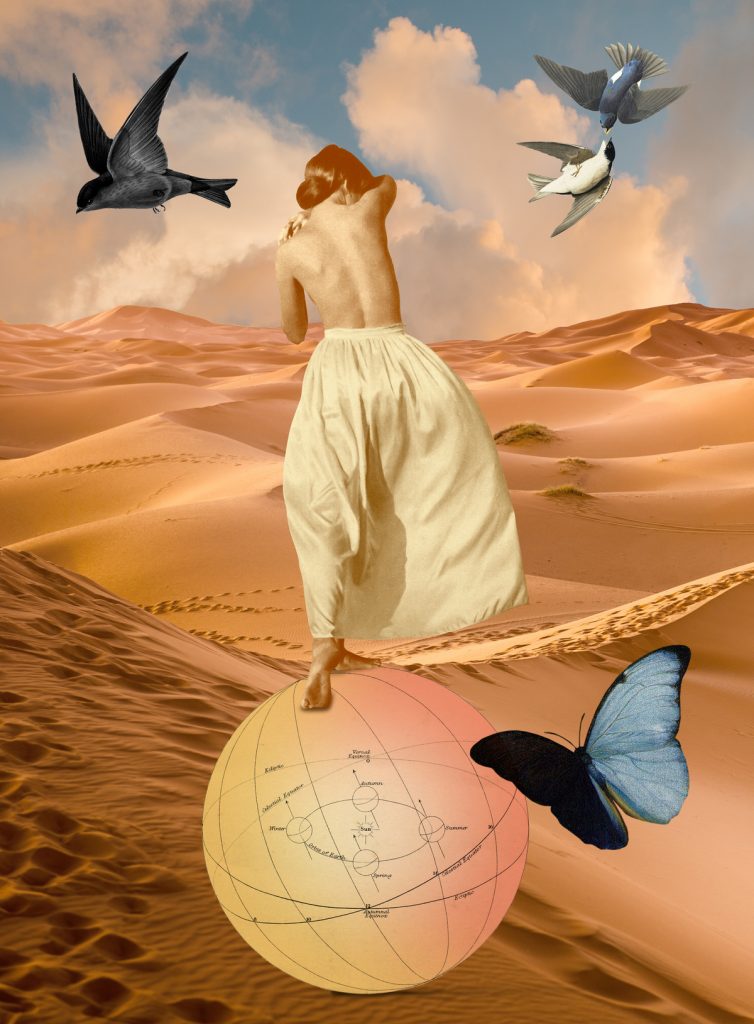 The night is as infinite
as the dark sky.
I try to read, but I watch
the moon rise like a
woman, wearing a
ghostly disguise.
The stars are closed
eyelids. Perhaps
there’s nothing
they haven’t seen.
The sky is a black clock,
ticking into infinity.
Things have a message,
but nearing sixty,
the message is
always the same for me.

One needn’t know the Classical Chinese poets these poems are written after. The quietude and thoughtful melancholy that these poems inhabit are enough to call the poets and their wisdom into the room.

But when reading the Classical poets, one has the solace of knowing their suffering has passed. Reading George Freek’s poems one recognizes that despite his quiet and spare telling, we are being confronted with a poet’s ongoing grief. We become emotionally naked with him.

In “Night Thoughts” the night is infinite, the sky black, “The sky is a black clock, / ticking into infinity.” What unbudging, relentless power these lines hold! Even the stars have closed their eyes and offer no company, “The stars are closed / eyelids.” It is not a meaningless universe, but things have, for the poet at sixty, only one message. What might that message be? He doesn’t say directly but one can not leave the poem without being sure of the inarguable subtext,  loneliness, suffering, death.

In “The Snow Falls” the fallen leaves the poet’s wife once fought to maintain crowd the patio, burying it with their inevitable decay. She used to clear them away every morning. But now, every morning the poet is confronted by their presence, thereby reminded of her death, “Those hateful leaves / she fought so fiercely / to keep away, / are now here to stay.”

In “Bereavement” the poet dreams himself as a crow. One almost wishes he might be allowed to remain so, with freedom in flight, emancipated from grief. However, the alarm sounds and wakes the poet “like a blow.” Conscious in the waking world once more, the poet becomes overwhelmed by grief just as snow covers the earth. Grief, for the poet, is a natural phenomenon (as is fog, sunrise, nightfall or leafrot). In George Freek’s poems we are a part of nature.

After reading the group of poems a number of times and sitting with their quiet achingness, the very presence of the Classical Chinese poets begins to rise like its own natural phenomenon. Whether intended or not by the poet, a cloud of solace coalesces. Freek is not alone after all. Lu Yu, SuTung Po and Mei Yao Chen are keeping company with him. Such dialogue is no small thing.