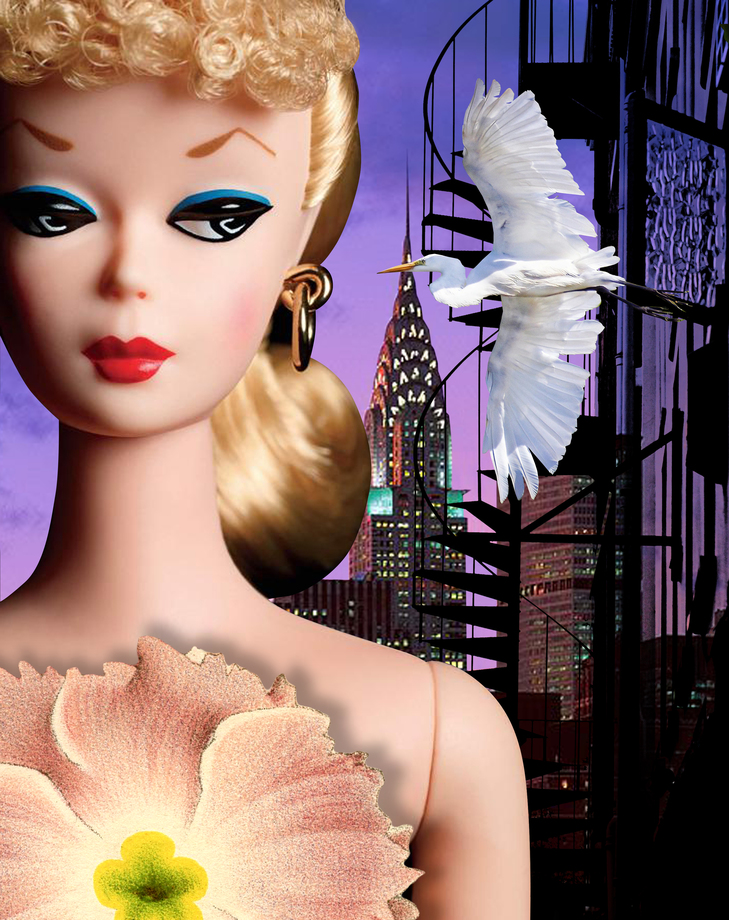 Dale Champlin, She Is Marvelous with Thoughts, Collage, 2021

Partying, I’d been: whoop-de-do & by
the time, by the stuttering
ick & sticky time somebody’d steered
me home, you were dead again. A year-
&-a-half almost already, somebody else said.

Sky that grumbled & spat the way you used to.

Spa today with its low-slung sweat lodge & a trudge
to the ice plunge. Some few scattered
unwitting witnesses: no relief
at all that they don’t
even know, don’t care.

The very bodies some of them bear.

The grumbling, spitting sky of grief weighs and lingers on us like glitter from a party joke which has lost its punch line, ultimate unfinished business. It sets underneath whichever clothes we wear; it melts on our clammy skin – it burrows there. There is no news, nor are we looking for it. Grief is the only thing we are left with once our beloveds have departed: it’s only logical that we defend that possession with intransigent jealousy.

The rest? The others? Distractions, to be called for what they are. Life and its acolytes crowd the room, reverberating useless when not plain ignorant time-wasters unaware of our worship, of the bodies that we bear, acquaintances and fellow travelers that will but pile noise on us and get in the way of our dead.

Is that all? Have we forgotten something? The poem leaves me with the idea that it may be us that stand in the way of their sorrow, the very bodies some of them bear? That would be news indeed.

Zweig has found such apt language, syntax, rhythm, and form to convey the poisonous mixed brew of of anger and grief, loneliness and despair, that are felt even a while (“a year-/ & a half”) after the death of someone close—a difficult person (“grumbled … spat”), by the sounds of things.