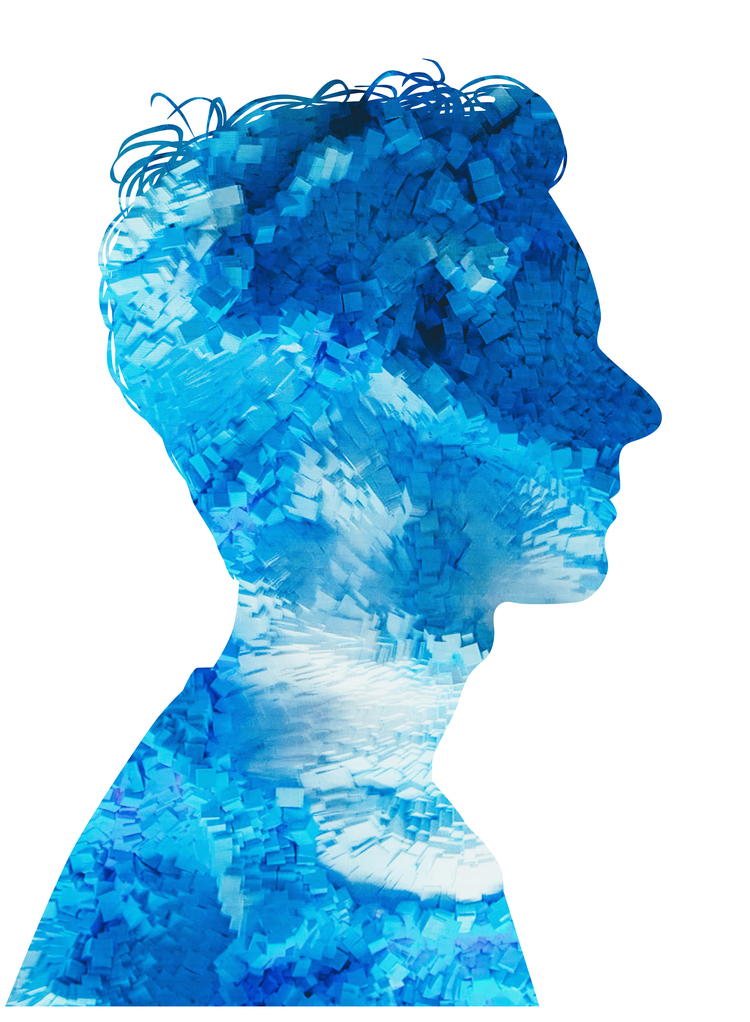 Pat Anthony writes the backroads, mining characters, relationships and herself. A retired educator and former poetry editor, she holds an MA in Humanities, poems daily, edits furiously and scrabbles for honesty no matter the cost. Striving to thrive with bi-polar disorder, poetry is both release and compulsion, mania and crash, as she strives for balance. Her most recent chapbook is Between Two Cities on a Greyhound Bus, (Cholla Needles Press). She has work published or forthcoming in multiple journals.

David Appelbaum is Professor Emeritus of Philosophy at SUNY, New Paltz. He is the author of many books, including Jacques Derrida’s Ghost: A Conjuration and The Delay of the Heart. He is a graduate of Harvard, past senior editor at Parabola, and founder of Codhill Press. His recent collections include Notes On Water: An Aqueous Phenomenology (Monkfish, 2018), among others.

Dale Champlin, an Oregon poet with an MFA in fine art, has poems in The Opiate, Timberline Review, Pif, and elsewhere. She is the editor of /pãn| dé | mïk/ 2020: An Anthology of Pandemic Poems from the Oregon Poetry Association. Her first collection The Barbie Diaries was published in 2019 with Just a Lark Books. Callie Comes of Age was published by Cirque Press in 2021. Three collections, Leda, Isadora, and Andromina, A Stranger in America are forthcoming. Her sentient android, Andromina, protagonist of ninety-four poems, declares, “I wax magnetic as chunky biker jewelry, yet am susceptible to innuendo.”

Holly Day (hollylday.blogspot.com) has been an instructor at the Loft Literary Center in Minneapolis since 2000. Her writing has recently appeared in Hubbub, Grain, and Third Wednesday, and her newest books are The Tooth is the Largest Organ in the Human Body (Anaphora Literary Press), Book of Beasts (Weasel Press), Bound in Ice (Shanti Arts), and Music Composition for Dummies (Wiley).

Leslie Dianne is a poet, novelist, screenwriter, playwright and performer whose work has been acclaimed internationally in places such as the Harrogate Fringe Festival in Great Britain, The International Arts Festival in Tuscany, Italy and at La Mama in New York City. Her stage plays have been produced in NYC at The American Theater of Actors, The Raw Space, The Puerto Rican Traveling Theater and The Lamb’s Theater. She holds a BA in French Literature from CUNY and her poems have appeared in The Lake, Ghost City Review, The Literary Yard, About Place Journal and Kairos and are forthcoming in Hawai’i Review. Her poetry was recently nominated for a Pushcart Prize.

William Dolben holds a master’s in writing from the University of Southern California’s MPW program, now known as the MFA in Writing and Publishing at Vermont College of Fine Arts. He was a quarterfinalist in the prestigious Academy of Motion Picture Arts and Sciences international screenwriting competition.

John Dorroh has never fallen into an active volcano or caught a hummingbird. He has however baked bread with Austrian monks and guzzled a healthy portion of their beer. Two of his poems were nominated for Best of the Net. Others appeared in fine journals such as Feral, Burningword, Selcouth Station, Pif, and others. His first chapbook will be published in 2021.

Terry Ehret, one of the founders of Sixteen Rivers Press, has published four collections of poetry, most recently Night Sky Journey from Kelly’s Cove Press. Her literary awards include the National Poetry Series, the California Book Award, the Pablo Neruda Poetry Prize, nominations for the Northern California Book Award, and six Pushcart Prize nominations. From 2004–2006, she served as the poet laureate of Sonoma County, where she lives and teaches writing.

George Freek’s poetry has appeared in numerous poetry journals and reviews, most recently The Ottawa Arts Review; The Lake; North of Oxford; and Torrid Literature.

Olga Gulyaeva: She was born in 1972 in the Yeniseisk city, Krasnoyarsk region (Russia). Poet, prose writer, member of the Union of Russian Writers, member of the Russian PEN Center. Director of the Krasnoyarsk regional department of the All-Russian public organization “Literary community of Russian writers”. Poems and prose were published in several collective literary collections, in the magazines Yunost (Moscow), Drujba narodov (Moscow), Formaslov (Moscow). The author of the books Savely Svinkin, cats and people, Not Paris, I, a beautiful bird. Life-giving passport,  Woman’s song,  Summer of the Lord (Anno Domini), Girls,  Picture of the world, Kurly-murly, Freeze-up. She lives and works in Krasnoyarsk.

Maura High has published poems in many print and online journals, which includes appearing previously in Triggerfish Critical Review, as well as The Southern Review, New England Review, and Tar River Quarterly. Her chapbook, The Garden of Persuasions, won the 2013 Jacar Press chapbook award. She is Welsh by birth, but now lives, works, and votes in the Piedmont of North Carolina, the ground of many of her poems.

Vicki Iorio is the author of the poetry collections Poems from the Dirty Couch, Local Gems Press, Not Sorry, Alien Buddha Press and the chapbooks Send Me a Letter, dancinggirlpress and Something Fishy, Finishing Line Press. Her poetry has appeared in numerous print and on-line journals including The Painted Bride Quarterly, Rattle, poets respond on line, The Fem Lit Magazine, and The American Journal of Poetry. Vicki is currently living in Florida but her heart is in New York.

John Johnson’s poetry has appeared in many print and online journals, including Boxcar Poetry Review, Clade Song, Triggerfish Critical Review, and Web Conjunctions. He is a long-time student of the Spanish language and has studied letter-press printing with Iota Press of Sebastopol, producing chapbooks and bilingual broadsides.

Brian Jerrold Koester is a Pushcart Prize nominee and a Best of the Net Anthology nominee. His collection is titled What Keeps Me Awake (Silver Bow Publishing) and his chapbook is called Bossa Nova (River Glass Books). His work has appeared in Agni, Streetlight Magazine, Delmarva Review, Right Hand Pointing, Louisiana Literature, and elsewhere. He lives in Lexington, Massachusetts and has been a freelance cellist.

John McKernan – who grew up in Omaha Nebraska in the middle of the USA – is now a retired comma herder / Phonics Coach after teaching 41 years at Marshall University. He lives in Florida. His most recent book is a selected poems Resurrection of the Dust. He has published poems in The Atlantic Monthly, The Paris Review, The New Yorker, Virginia Quarterly Review, The Journal, Antioch Review, Guernica, Field and many other magazines.

Nancy J. Morales, a first-generation American of Puerto Rican parents, earned her bachelor’s degree from Rutgers College, a master’s in teaching English as a Second Language from Adelphi University, and a doctorate in education from Teachers College at Columbia University. She has taught at Dominican University, College of Marin, Sonoma State University, and other schools, from elementary to graduate levels. Currently she is a board member for the Northern California Chapter of the Fulbright Alumni Association and teaches Spanish to private clients. She lives in Napa County with her son and husband.

Erik Muller has practiced poetry since the late 1950s, becoming involved in editing and publishing with The Coos Writers Series, Fireweed, and Traprock Books. With over a hundred poems in journals and newspapers, Erik has self-published a dozen-or-so collections, the most recent being And Yet: Selected Poems 2011-2018. A Lane Literary Guild and OPA member, Erik received the Stewart Holbrook Award for contributions to Oregon’s literary culture. Durable Goods: Appreciations of Oregon Poets follows two essays on Vern Rutsala and Josephine Miles in Boise State University’s Western Writers Series. A New Text of the World is his study of Wallace Stevens.

Robert Nisbet is a Welsh poet who is widely-published in Britain, where he was shortlisted for the Wordsworth Trust Prize in 2017, and in the USA, where he has twice been nominated for a Pushcart Prize.

Toti O’Brien is the Italian Accordionist with the Irish Last Name. Born in Rome, living in Los Angeles, she is an artist, musician and dancer. She is the author of Other Maidens (BlazeVOX, 2020), An Alphabet of Birds (Moonrise Press, 2020), and In Her Terms (Cholla Needles Press, 2021).

Bruce Parker holds a BA in History from the University of Maryland Far East Division, Okinawa, Japan, and an MA in Secondary Education from the University of New Mexico. He has taught English as a second language, worked as a technical editor, and as a translator He is an Assistant Editor at Boulevard and lives in Portland, Oregon. His work has appeared in, Second Chance Lit, Cloudbank, Blue Mountain Review, Pif, Hamilton Stone Review and elsewhere. A chapbook, Ramadan in Summer, is forthcoming.

E. Martin Pedersen, originally from San Francisco, has lived for over 40 years in eastern Sicily where he taught English at the local university. His poetry appeared most recently in Adirondack Review, Better Than Starbucks, Brief Wilderness, Danse Macabre, Thirteen Myna Birds. Martin is an alumnus of the Squaw Valley Community of Writers. He has published two collections of haiku, Bitter Pills and Smart Pills, and a chapbook, Exile’s Choice, just out from Kelsay Books. Martin blogs at: https://emartinpedersenwriter.blogspot.com

Rikki Santer: Her poetry has appeared in various publications including Ms. Magazine, Poetry East, Slab, [PANK], Crab Orchard Review, RHINO, Grimm, Hotel Amerika and The Main Street Rag. Her work has received many honors including five Pushcart and three Ohioana book award nominations as well as a fellowship from the National Endowment for the Humanities. Her ninth poetry collection, Head to Toe of It, which explores the complicated world of fashion, was just released by Kelsay Books.

Peter Schireson’s writing has appeared in numerous journals. He’s published three chapbooks and one full collection of poems, entitled Sword of Glass. He holds a Doctorate in Education from Harvard University and an MFA from the Program for Writers at Warren Wilson College.

Paul Willis has published seven collections of poetry, the most recent of which is Somewhere to Follow (Slant Books, 2021). Individual poems have appeared in Poetry, Ascent, Writer’s Almanac, and Best American Poetry. He is a professor of English at Westmont College in Santa Barbara, California. Just over the ridge from town, on the site of an old work camp in Los Padres National Forest, he hosts an annual gathering to honor the life and work of the late poet William Stafford. www.pauljwillis.com.

Erin Wilson’s poems have recently appeared or are forthcoming in Reed Magazine, The South Carolina Review, CV2, The Emerson Review, and in numerous other publications and anthologies internationally. Her first collection is At Home with Disquiet; her second, Blue, is forthcoming (both from Circling Rivers Press). She lives in a small town on Robinson-Huron Treaty territory in Northern Ontario, the traditional lands of the Anishnawbek.

Martha Zweig’s e-book A Skirmish of Harks, Jacar Press, is now available from Amazon. Her fourth full-length collection, Get Lost, winner of the Rousseau Prize for Literature, is out from Dream Horse Press in Oregon. Previous collections include: Monkey Lightning, Tupelo Press 2010; Vinegar Bone (1999) and What Kind (2003), both from Wesleyan University Press, and Powers, 1976, chapbook from the Vermont Arts Council. She has received a Whiting Award, Hopwood Awards and Pushcart nominations, and her work has appeared widely, recently in Poetry, The Yale Review and Denver Quarterly. Her essay “Gnarly” appears in the recent anthology Vermont Poets and Their Craft, eds. Tamra Higgins and Neil Shepard, Sundog Poetry / Green Writers Press.