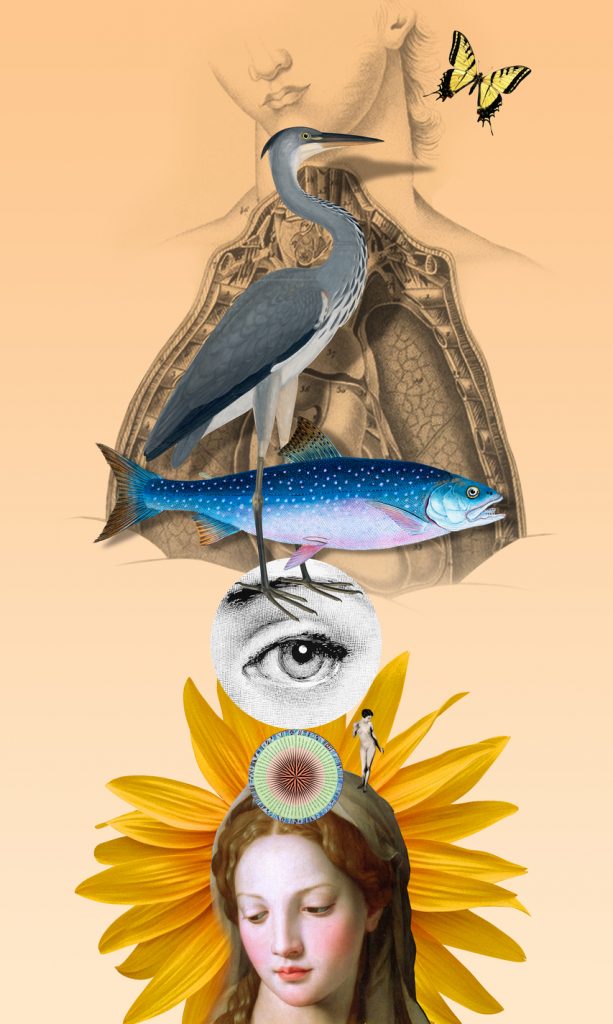 Brain-rattled, not a fool, not looney, though that’s what the checkers think at the grocery store, I walk like a puppet and ask where is the marmalade, marmalade is my favorite, someone I can’t see whispers as I clomp down aisle 8 and don’t find any marmalade there that he used to be a professor a great scientist, he speaks perfect Italian, isn’t that a shame the incident the loss, so I go to the busy red-haired man and he says aisle 8 but there is no marmalade on aisle 8 and finally he puffs and walks down there and well aisle 11 then, can you show me, oh boy, so that’s how I found the marmalade.

I was with friends I suppose or fellow patients who would yell crocodile knowing that I was terrified and would scream and cry and run in utter horror of anything about the dreaded beast, I saw them at night and in the weeds by the ball field, crocodiles put a raving freak where the shadow of a great professor used to be (COCCODRILLO! COCCODRILLO!), they showed me my books once but there were no pictures, the crazy girl asked me once what animals I liked, not many but pigs are okay, why not have a pet pig? she was the only one left at camp when the others went to town (I couldn’t go for fear of crocodiles) and she stayed in a teepee made of wool blankets with a fire for purifying, she let me in, it sure was hot, I thought maybe she would want to do those things that I liked but couldn’t remember but she just talked on and on words I couldn’t understand so I went out but stayed away from the weeds.

Finally I left it all in my little boat, my friends and relatives who I had loved before, said goodbye and left on the great ship, I went to the end of the land and then paralleled them in my little boat because if I kept them in sight I wouldn’t get lost and would find the island where there were no crocodiles (or alligators) where I could live but a bad storm came and I lost their ship then I rolled in the storm all wet and watching my cage of bats slide across the table, I was afraid of running onto the rocks of my island refuge so I threw out the anchor until the storm was over so I could go on seeing my way there.

I favor enjambed line breaks: end the line at an unlikely point so that the reader, puzzled, suspenseful, must swing and drop with emphasis down upon the first word or phrase of the next line. Ah twist!  Reading prose poems I often stumble at that justified right margin, which I experience as lineation, frequently disappointing. Coccodrillo snags my heart immediately on this very issue: somebody telling you aisle 8 for the marmalade, bum steer, then twice!— when aisle 11, yes! —that’s where it really lives. The genius of this piece is the run-on sentences. However the margin might have seemed (to me) to break lines, the sentences bustle themselves and me onwards without paying the slightest attention.

Coccodrillo’s backstoried first person, once an eminent professor, got invaded by insanity/ies, at once a single-plural beast/s that people around him continue to sic on him for amusement. A kindness baffles him. Those close to him have fled and keep on going. I might learn something personally and socially important about mental illness, but my actual empathy gets seized by that unexpected cage of bats sliding across the table. It wants a paragraph/section break after that “cage of bats” (break!) to set me up for the disorientation of “slide”, like a banana peel. Also, I felt the parenthetical (or alligators) could go; it dilutes the obsession.

I found this piece to be pure joy, its rapid tumbling and cascading not unlike bouncing head to tail down the back of a nubbly crocodile, a rich stream of consciousness coupled with luscious language that snagged and kept my attention. From marmalade to a child’s night horrors and on to the only girl left in the teepee at camp who might “want to do those things that I liked but couldn’t remember but she just talked on and on words I couldn’t understand so I went out but stayed away from the weeds.” Everything painted by fear of crocodiles which seems to me a fantastically nuanced metaphor.  In culmination the poet leaves then in his little boat, with endless “parallels” to be drawn by the reader who has meandered now down grocery aisles, through weedy woods and blanket draped teepees onto stormy swells complete with a cage of bats. Oh to be a pirate!

There is a rolling continuity in this prose poem that engages to the very end, a rollicking good time, while calling to mind the requisite dexterity of Peter Pan avoiding the fearsome crocodile and it’s ticking clock. Time collapses here even as it presents itself in disparate vignettes, the whole somehow unified and enchanting.