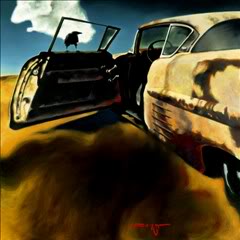 What I Am Trying to Say

Jonny, he says, Jonboy, how ya been? I’ve been alright. Get this. He says. He is sitting at starbucks with a coffee that is not from starbucks. So, these coffee cups, they come with little sticks. Yeah, sticks. Plastic stirring sticks. Plus, they still have regular stirrers. Now, explain that to me. I’ve never seen anything like it. Why so many sticks? And so prettylike, so designed. You know, I bet they got all these brilliant guys, CEO types, sitting around a long table and thinking their brains off to come up with something like this. Starbucks has extra sticks, that will really make us stick out. Hahahahah. Yeah. I know. I mean, how are you supposed to stir your coffee while you’re driving anyway? Oh, of course they’re good at figuring out how to make people pay for things. But, I don’t measure genius in dollars and cents. Ha, yes Jonnyboy, these are the things you think about when you’re retired. You get up, exercise maybe, watch some TV., and then you think about these things. Oh well, I don’t know. I guess so. Oh, the other day? Yeah, I was in the car with my buddy Frank. He’s a hell of a guy. Really is. He dresses Hassidic like, but I swear to you Jonny, I met him at the bagel store, ordering a BACON egg and cheese. So, we go to the beach the other day, and, oh, you know who he looks like? He looks like Kenny. A real lot like Kenny. Remember Kenny? He became a priest. So, my friend, Frank, he’s gotta be like 65. Retired early. Anyway, we go to the beach and he, Hassidic and Kenny-looking Frank, he picks out a spot right next to these gorgeous girls. It’s funny. They didn’t even seem to notice us, but, hey, it’s not like flowers are any less beautiful cuz you can’t pick em, eh Jonny? He leans into his phone, as if Johnny is actually there and he is telling him a secret. You know Jonny, you get to be 60, 70, 80 – he collapses time like an accordion – and women, well, they don’t respond in the same way. It’s like you can say things, crazy things, and they take it like it’s sweet. If you said these things when you were even 10 years younger, they wouldn’t take it the same. It’s funny Jonny. I imagine Jonny leaning in and listening. They make each other feel better about feeling older. The thing about being retired Jonny, is that there’s none of this bullshit like “what do you do for a living? What do you make your money at?” no more pissing contests. Things just are. Ya like someone, or ya don’t. Just a long string of jokes for the rest of the time you’re down here. Frank plays guitar real well too Jonny, like Kenny did. Don’t you remember Kenny? Huh. Guess it’s been a little while. Anyway, come visit on Tuesday. We’re having a cookout, me and my buddies. Stay the night and go back in the morning. Food, maybe Frank’ll play his guitar, drink, and then Texas Hold’em from 8 to 11.  Listen Jonny, one more thing. You gotta have your group. You know what I mean? Your group. Your guys you talk to. You know, you bullshit with. Do you have guys you bullshit with Jonny? There is silence for a while. Maybe Johnny hems and haws and covers over the question with brick and mortar because it is too feely for him. Maybe Jonny makes a comment about the wife who left him two months ago because his drinking had turned his life into a scotch-colored filter over a camera that didn’t work anymore and she read an article and had a friend and knew someone’s niece who were all going through the same thing so she joined a book club, dyed her hair and started looking at other properties in other places. Maybe Jonny’s heart is beyond heart doctors. Jonny, ya gotta let it go. You just gotta let it go. Jonny says something else. Listen Jonny, I wanna eat my bagel now. I gotta get off the phone. Come Tuesday. Jonny says another something else. Just let it go kid, the man responds, just let it go.

I want to tell the punch line to the joke: A Rabbi, a Priest, and Jonny’s ex-wife walk into a bar, but I don’t know it. Everyone dies is all I can think, which is funny in a certain way, but probably only to the person saying it. The person it is said to usually recoils like you have just snapped their eyelid in two, the skin separating and curling back like those seed pods that pop when you touch them in the center.

That is what happened to me, Jonny, see, with this last death. Which one? It doesn’t matter Jonny, you don’t know any of ’em anyway. What I see now is through a filter of thin red from the broken capillaries of my lids, and it’s hard to sleep without being able to ever really shut your eyes. The sky floats awfully close Jonny, when there are no lids to keep your unblinking eyes from looking into its unblinking eyes. You know Jonny?

Jokes are like metaphors. They burden the truth by hanging it on rusty hinges when it really wasn’t a door to begin with. And similes are the worst, Jonny adds in my head.

What I am trying to say Jonny, old friend, old pal, is, everyone dies, and I am getting good at it.