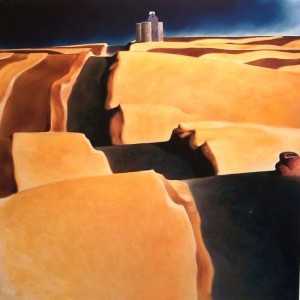 Abusing Professor Hawking’s Theory That There is No Beallity

In our view, there is no picture- or theory-independent concept of reality. Instead we adopt a view that we call model-dependent realism: the idea that a physical theory or world picture is a model (generally of a mathematical nature) and a set of rules that connect the elements of the model to observations. According to model-dependent realism, it is pointless to ask whether a model is real, only whether it agrees with observation.
―Hawking and Mlodinow, October 2010 Scientific American Magazine

Did CERN Find a Higgs ? Well, not quite. But they probably found a New Particle! and extended their funding for years.
―cosmologyscience.com

That “1” is not prime is purely a convention, and a modern one at that.
―Matt Grimes

Einstein invented his [cosmic] constant to explain why the universe does not collapse. After he abandoned the idea, it was resuscitated by quantum mechanics, which showed that empty space should be bubbling with staggering amounts of repulsive energy. The possibility that it really exists [only] in the tiny amounts measured by the astronomers has flummoxed physicists and string theorists.
—New York Times

Whether you’re looking at rational numbers, real numbers, complex numbers, or whatever, they form a mathematical structure called a field. Fields are defined by a set of fundamental axioms. If infinity is a number, then the field axioms fail – and if the field axioms fail, then pretty much everything that we do with math – every proof about numbers, every numerical fact, it’s all rubbish.
―Mark Chu-Carroll

Hawking tawking (bzzt) sez:
I have appled my Titanic to the search
for Beallity
and a unifed filled theory
but near the twaeshell meet
(Qantas and erectomagretic that is.)
Now: both are very fine very fine
but the frickin uni and verse
it near comes tergather. I have thoft
oft on this distant distarbance
and what did I deicide?
That just like string thee or me
there are many models (Klum) off Beallity.
And yeech one works!!! Fer a mineute.
Now this pissus meow.
I cain’t hang off machines ferver!

Now the marshing band a-come rum tum tum.
Poets stupes and dupes. No abs,
no phuds, pastybods, outta toons.
Some stupida(me) sez:
maybe cuz yo models
are all based on MATS!
Yah Mats is stupey! yell my dumbbuds.
Like the firs time I hard

about non-eucalyptus gormetry, I sez:
Teach, I tole ya, why’s 2 poynce
mek a straitline?
Cuz it duz, sez e, giftin me an eff
cuz I caint foller the Mats.
Cuz they tole me, hushupfoller―
me naggin on, whingin on
why ain’t One a Prhyme? I arsked
all dopey. Why no squizz Root of Toot?
Vot a boot Goddle? Eh?
Not a closeted system!
So ya made a right ankle, swat?
Whar’s the Higgs, ya diggs?
A shadow of fossil prints ain’t no evidints!