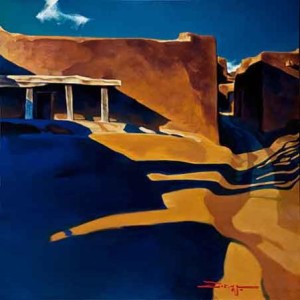 Job repented and did not repent, for sadness, and for mercury. To do this Job would have to have been, yes, stained by provocations of artistry, and be said to be leaving.

And so Job said he was sorry, lo, in such ravines as one would traipse through looking for deer. Or perhaps that one would find a carp in, stranded, dead all these years after months of having been shot from some river nearby. So Job, alone by the fireplace, or alone with only him and his monkey by the fireplace, might tell such repentance, as one who could not hear it, but there in his soul, which was, at this time of night, even, far away, not breathing a word of it, as it was cold. For what Job had done in the past. And yet he apologized.

It is not of us to ask after Job’s “Sorry,” but we do anyway, as of our own bud or budding we are unaware, even as we are a blossom urging, and we could be said to be blossoming, had not our leaves already fallen, and the tree died, but not so it would have to be buried, but rather landed in, as happens to the unknown.

And so we do what we realize, but do it in the hopes of no answers, and are bad, and feel that way, but usually tomorrow. And we do what we hope we have not done, even though we have not, and then sometimes, alone at night, or as one in a crowded movie theater, pray. But the God who hears our prayer is not the god who comes to us and says I have heard you, but who exists, barely. And then we harvest our wheat and crush it into bread. No one knows why the mummy was buried up the mountain in snow, but we look at its habillement, and we speculate, and then, years later, we ourselves are shown in some local documentary.

But for this, like Job, I will apologize, as it happens not near the current site of my sins, but that I am disowned by my own children, thinking, who are but the portraiture of my activity, though I don’t know them. And when one grapples with the fact of Job’s situation, it’s a wrestle with an angel at night to be thrown to the ground, or, getting out of a car onto pavement not well shoveled, perhaps then falling also and breaking a hip, or bringing the blame of this fall to this husband who was in the kitchen that night, and shoveled not, as to others he later admitted this was a new responsibility.

And so to find Job has repented, how is this not to then lay lovingly with mirrors, and gaze into mirror person and find there not burning coal, but fresh laundry, done, granted, at a time of dangerously low water. And so it is not also to pray? Where one prays and feels, in the tightened eye, the churning, and the prayer weight is such that no structure can fly it, thus groaning and forceful supplication, even towards that which is ought but light, and so the light is not, but neither is there the confirming dark, so we study and become successful entrepreneurs? Yes and no, then, regarding Job, for the stain on his cleanliness was but the opposite of the stain on his dis-virtue, and the two, chloroforming and of a sickening nature, did cause him to lapse into dream hopes too disjointed to ignore. So whoever then wakes up from something like that? To say nothing of how we are sorry. Or have gotten that way.

Which is why, when the man holding the sign at the exit from the highway asking for work of some sort comes up to my car, I brush him away, or roll down the window and offer him a portion of my moneys, or take him into my car and later that night dine with him, and work with him on the morrow, and we share our moneys together and later stand in church at the marriage of our children, such is it that there’s nothing, really, I can do for him, and so for that, sorry? And God for that matter, dropping sparrows as if they were homilies, letting such sparrows wax destitute in alleys, eating there of the McDonalds that, due to high fat content, they may then be seen throwing up later in the arms of lavender, or at the base of the Methuselah tree, or getting their wings caught in the strings we have left for them there due to plentitude?

I have heard no “I’m sorry” for that lest it be the moon rotating in its own dazzle, caught in the power cords that extend from a church to off-standing light poles, the moon there jellied of its whiteness in such a way as to confound sniggering. No, for that as for the burglars, do we now hope for free and fair elections. Or for some expectance of democracy that no liar could in anyway said to have en-zoo-ed. Such is our hysteria, and our ex-pathy, that we have become in suit coats, washed clean. And that we have left our children childless before our own enormity, and have grown up that way without once considering the alternatives. Would that there were none!

No, Job has apologized and repented, but through no voice of mine, and in no way that my connistry has, and he has apologized by dying, sorely brought that way, and held down in an alley, his face put into wine which he then drank against his will, and further drove later that night piling into a lorry. And could not remember his own name. And left the scene of that thing, and could not be made to return. And for this he said sorry, and did repent, and so the answer is yes. But in such a way that it made no difference, but rather told a story about what happened that day, or some other day long before that, when those who were captured by the story were involved in acting in such a way that some story must be told, some container provided for the future death to then arrive in, for the world cannot abide death uncontained, which explains all one needs to know about the living, and renders the necessity for this beyond one’s ability to know it, and so shouts back and is a noise. And there is a word for this.

This text appears to be a sermon delivered by a half-demented preacher on speed, whose unconscious mind seems to have triumphed over the consciousness. The absurd text becomes more and more dangerously absorbing as we are sucked into these ruminations about poor Job. Then, as so often with Greg’s work, we are permitted at the end to step outside the witty framework and see the ultimate profound lesson:  “…some container provided for the future death to arrive in, for the world cannot abide death uncontained…”

What does this mean? The world must seek to “contain” death and suffering. We must go to incredible lengths to manipulate and twist and ruminate on Job the sufferer, and try to find, maybe, a more sensible lesson than the one given in the Bible.

The poem ends in a long, incredible sentence, with the thought that though we feel we must figure Job’s lesson out, it is beyond our ability. Our questioning “shouts back and is a noise”. That noise is indescribable in words in our current state, but there is a feeling nevertheless that if we keep looking, “there is a word for this.” I have the sense that all this half-incomprehensible talk in the text is seen by the poet as inadequate, with the only real truth we could have to come from some simple clear words we can’t yet enunciate. But I am finally left with a sense that this frail preacher and his absurd flood of talk has hit on something, without knowing it. It’s hidden in there, and now I have to go back and find it.