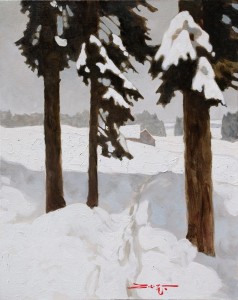 creeps of sunlight over the saltmarsh
bells everywhere too what bells such?
nothing left beneath only a tiny skeleta
there in the wind from over without
Barrow and Overton
from here to there
up the Irish Sea the overfalls sing
then all out southward freaks of wind
curving in eastward on the intent, the raptor
look at this in 3D
look again, Samboo
your mother dead on the beaches, the bone-beaches
of the endless western Afrique
far-off the sluff and slough
the gold and the kohl the markets of Cathay and Shendy
for this for this
you here
you here
why here?
all of it, ten thousand years in the marram the cow-heads narrow ring
the tramped fescue of a buried violin singing below
and no homecoming
just this loneliness
just this violation of the co-opting
into everyone’s dream
everyone who came here to stamp and steam
like cattle about your little garden of squashes
pumpkin-head boy from the meridian lands
sleeping soft and lonely beneath below and black
and how was it done was it just a wheelbarrow
no gymkhana plumage, no funeral cortege
just the function, the deposition, the sediment
the geology of the placement
of a little black heart
there at the wind’s wild edge
where it mattered most and least

here, spirit, here
we have caught your soul and you
are forever
our little semantic boy
all in pieces and scatters underground
squashed and overarching
how little and lost and longing, all of it
how tiny and lost and ferocious
down there
Samboo
down there in the warm and endless cold
where your mother chokes
across all of time
some great universal choke

where is my mind?

Where are we? Nowhere we have ever been before. We have a flashlight and  we see we’re in a salt marsh, a place called Sunderland Point in England, https://en.wikipedia.org/wiki/Sunderland_Point. OK, and here is Little Black Sambo https://en.wikipedia.org/wiki/Little_Black_Sambo. But he is Samboo, not Sambo, a poetic character just invented by Steve who bears a passing resemblance to, but is not quite, Sambo. Later in the poem, when one finds these lines:

one thinks of Henri Rousseau’s The Sleeping Gypsy http://www.moma.org/collection/browse_results.php?object_id=80172 . But this tiny black person, this skeleta, this buried one…he’s much more than that. He’s the poet, and the rich subject of this poem.

But let’s forget about all this for the moment, the scene, the references; let’s look at the originality of the meeting of all this in a mind which is part sewing-machine and part umbrella. We have to take in these references and then forget them if we are to experience the poem. And, make no mistake, that is what we are in for, an experience.

So. The title. Unlike many of Steve’s titles which bear only a slight and often comedic relation to the text which follows, this is a descriptive title. This poem is about the burial of a small boy in a salt-marsh. This small boy, though – he is not quite real – he’s not quite 3D – he’s a text. He’s a story, a narrative, who anyone can manipulate.

Let’s follow the poem for awhile. It opens classically, with an overview of the scene, a windy marsh, a small skeleton. This poor little boy is from Africa – his mother died there – he is an exile who never was able to return home. He never understood where he found himself:

you here
you here
why here?

But his story was stolen by a writer. He became two-dimensional, a text to entertain children:

But he is gone now, sleeping. The poet does not know how it happened, or which final rituals occurred. Samboo is gone, he is buried, somewhere in the wild land.

The turn in the poem is not obvious, but it is decisive:

Samboo is universal; his being has grown to encompass, at least, the poet. He is a spirit who will not remain long. Is it a haunted bay, or a haunted boy?

This little boy who dies and became a spirit is not permitted to leave. He is snatched up by literature.

What sadness; what loss:

His great mother cannot bear it. She is choking, across all of time.

The poet is choking, from emotion, from the loss of this small boy. And he is the small boy also. The choke is a universal, lethal choke which will never accept this burial.

And in a final piece of shocking honesty, the choking poet cannot finish the poem.

I think to myself, isn’t this enough? The wrenching substance, the emotion? But no, the most extraordinary thing about Steve’s poetry is that the originality and depth of the substance is matched in the style. The devices used in the language seem infinite and I don’t have words for most of them. For instance, what do we call the words “marram” and “narrow” in the same line? What kind of wordplay is this? Something that happens only in a mirror?

What to make of the surprises, the similes and metaphors that yank us into a heightened awareness without making much sense?

WTF? “A ghostly Susan”? I don’t know about you, but this pisses me off to read. This makes me furious. Why? Because I get an intimation here that I’m in the presence of someone with a total grasp of language and intuition and the mystery, and I’m jealous as hell.

And beyond all this Celtic genius, the last line.

where is my mind?

Dunno if it matters; some bigger spirit is controlling this poem.