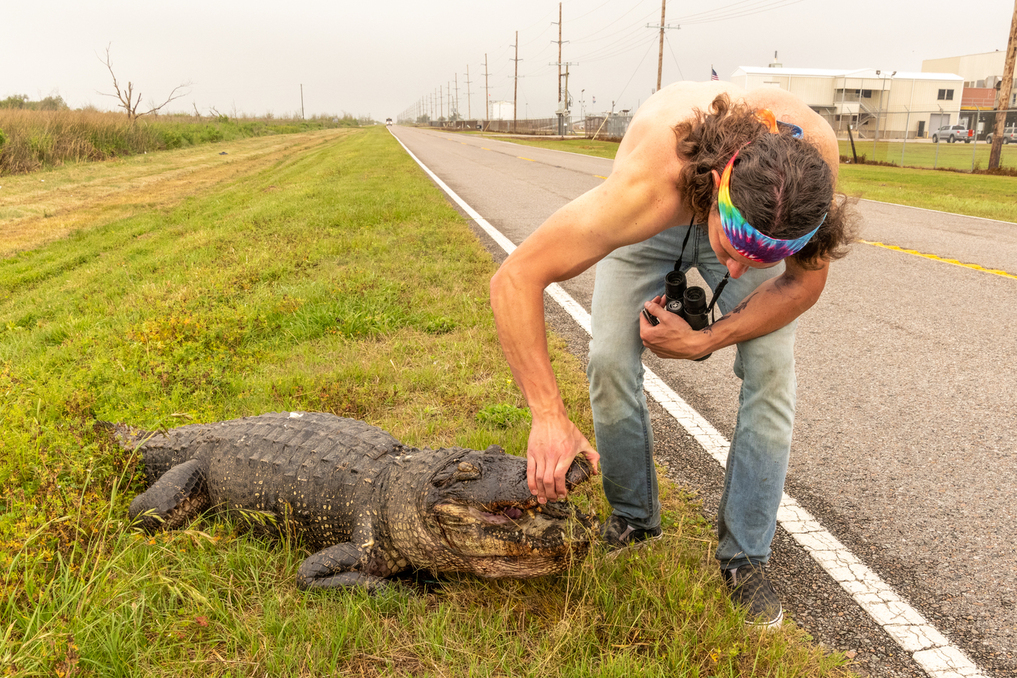 Charles Hood, Only in America 2

The Insane Dog in the Alley

I hear him at night and see him
during the day. I hear him then,
too. I can’t understand exactly
what he says, since we don’t speak
the same language. But when he talks
I’m watching his eyes (the eyes never
lie). And they are like any other animal’s,
except what’s happened to them because
of what’s happened to him. Abandoned
or abused, or just ignored, he’s changed.
Those eyes attest to the hours/days/years
during which time promises were breached.
Accordingly, what at one time was confusion
has—during the dark and heat and isolation
—mutated into resolve, a promise
to everything and anyone: I will hurt
anything that tries to touch me.

The deep empathy of this poem, though man and dog “don’t speak/the same language,” comes through the poet’s close listening and looking. The dark promise at the end brings a poignant conclusion.

In this poem I am more focused on the message than I normally am, compared to the attention I normally place on the art or the form.  In this poem, I’m right there with the dog, having had a number of rescue dogs myself.  Truthfully, I cannot tell from the poem whether the poet empathizes with the dog, or merely sees that the resolve of the chained dog is to hurt, perhaps kill, anybody that touches it.  For me, the fate of this animal wraps itself around a lot of existential questions:  Is there a God who permits this type of abuse on innocents, and why does God permit this?  Alternatively, in a secular Man-centered universe why are men so cruel to their fellow creatures?  Is it society’s fault, not the individual Man’s fault?  Why is society so screwed up?  I want to reach my hand into the poem and help this creature, but of course, if I could stretch my hand out he would hurt me.  This poem itself hurts me.  Hurts me badly.

A lovely, sad poem about abuse that has morphed into isolation and then resolve. I found myself wanting a few more details about what the dog looks like. I love “time promises were breached” or should it be “time’s promises were breached.” I think the movement from abuse/abandonment to rage is really well done. I am not sure the rage is insanity. It sounds more like rage with a high exponent. The rage is understandable. The last sentence is chilling. Well done.

The poem The Insane Dog in the Alley speaks of the weakness of the human nature to succumb to obstacles and tests which time offers. In my apprehension, the author S. Murphy projects the main character’s fears, disappointment, experience, and changes onto an animal (the insane dog; insane—to introduce dramatism into the poem). By doing that, he makes insinuation that everybody endures a kind of transformation (sometimes the transformation leads to something totally different from their previous version) under the influence of different factors: interior or exterior, predictable or unpredictable, avoidable or unavoidable. The image of the dog plays the second protagonist’s personality, his alter ego.

In the imaginary conversations are involved not coinciding languages of the animal and the human. That causes difficulties for the truth to be pronounced verbally. It can be found genuine in the eyes of the dog.

The last line of the poem attests to an alienated hurt soul, in a position of self-defence.

The bark surely may be an annoyance, and the subsequent sight of the beast as well. Heaven forbid, any closer, to touch, beware the teeth! Goodness, how can we tame our solitude and security despite the wild dog in the nearby alley? But Sean Murphy takes us deeper to what we all share in this world, this overcoming of a supposed and impossible solitary confinement, if only we might even for just a moment try to understand each other. The “eyes never lie,” he says, but with a huge addendum. So much relies on the eyes that see these eyes. In many ways all our eyes are the same, except for the impact they have seen, the pain they have witnessed. Understanding is important, but yes, the teeth, the promised horror to be touched. So goes reality, but only mitigated at heart by the first step of understanding. Love, dare I may deduct, is far more than just the enduring of the incessant bark, the enduring of those needing to be locked away. Curing the leper in the alley is surely a miracle, but far different than, in the least, and in the ongoing, the loving of the leper. No matter the language we all speak, how can we can start our understanding without such love? Sean Murphy gets us thinking of the need.

Cujo stared out at The Man from the blue car with rising hate. It was this Man who had caused all his pain: he felt sure of it. The Man had caused the pain in his joints and the high, rotten singing in his head; it was The Man’s fault that the drift of old leaves here beneath the porch now smelled putrescent; it was The Man’s fault that he could not look at water without wining and shrinking away and wanting to kill it in spite of his great thirst. (Stephen King, Cujo)

Insane for even contemplating the possibility of getting away with hurting and obtaining justice from humans. Another thought-provoking encounter with the animal kingdom, another shiver, another reality check opportunity, this time with a subject that has connected the dots between his present circumstance of neglect and the human hand that has put him there – and wants retribution. Our guilt breaks through the language barrier: word for word, we hear and spell its rage; so the question now is: who will blink first? Is there anything we can say to appease his fury and regain his trust, or are we already in the kill or be killed (Dick Westheimer, The Thought of a Mouse) scenario?