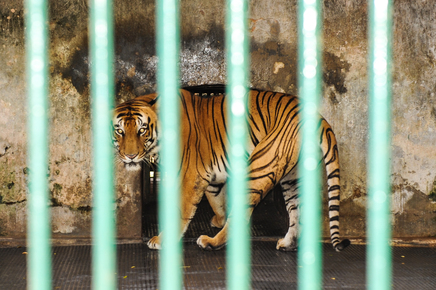 She describes…how her son-in-law—a well-known dabtara—having refused to “become great through the support of his wife,” was possessed almost to the point of being killed a by selection of the most evil zar his mother-in-law could send him

The consul’s gardener goes mad because he cannot catch
the porcupine devouring his boss’ garden. Daily, he is scolded

by the consul, who wants fresh greens, the very ones gnawed
to the nub by the hungry hystricidae. The gardener, unmanned

by the chiding, beats his wife and child, and must be restrained.
Whereupon his wronged wife summons the witch doctor,

who throws gunpowder into the fire to call down the spirits
of the air to catch the porcupine and thereby restore equilibrium.

The jailed gardener grips the bars of his cell and stares out
balefully at the moon, willing the porcupine onto the spear

of the invisible hunters. How overjoyed he is to learn that
since the incantations and the stinking flash, no more lettuces

have disappeared, and he is free to leave. One watching
might notice how the frowzled wife, her husband’s one hand

cupping her hip, the other caressing their son’s neck, looks
prickly—in the right light, of course.