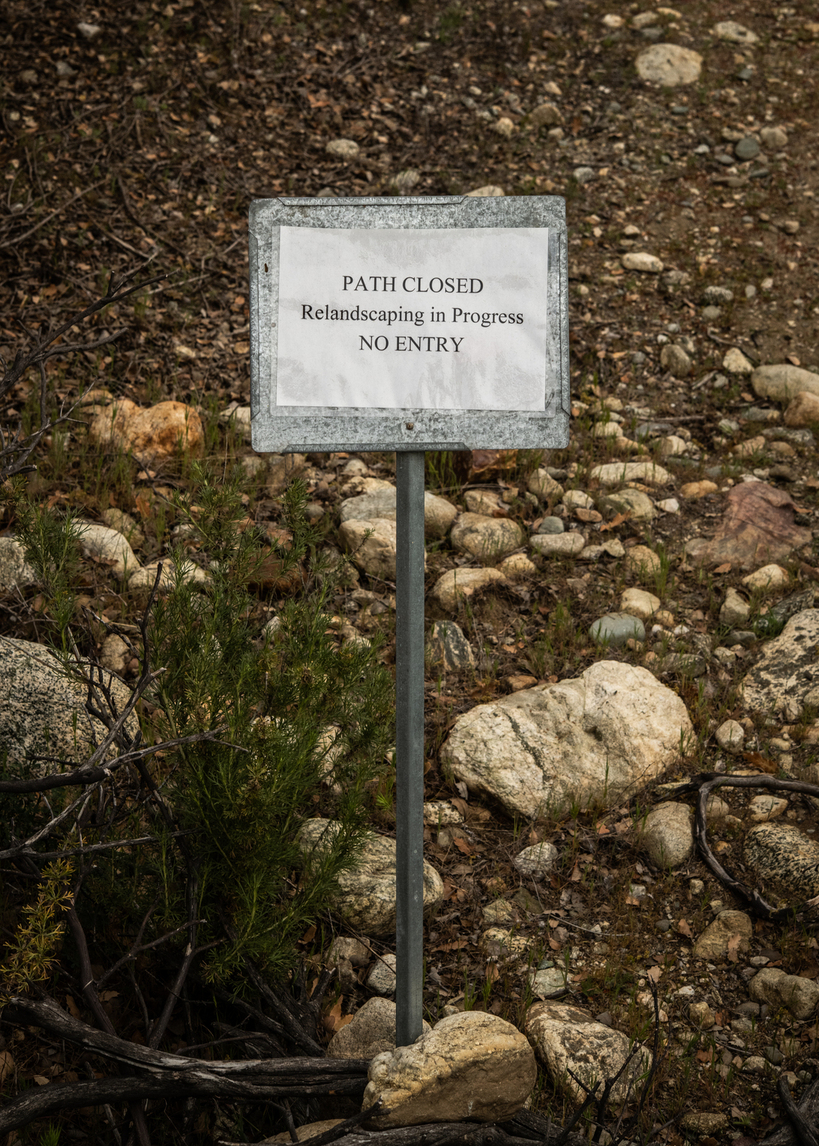 We know who: a lunk
with unsuspected savoir faire
like cellophane wrapping
his rage.

Sasquatch hands, restless
in his lap that should’ve been
snapping dry branches
for something harmless to do.

A grin, almost convincing,
and eyes no one could read—
dark moments and glints
originating in the basal ganglia.

Why this brute
instead of someone obviously soft—
some trucker in shorts
exposing skeletal kneecaps
with a faded quip on a t-shirt
stretched across his slack gut?

You’d suspect Todestrieb, but no—
just crack’s single-mindedness
made her double
the twenty already agreed on,
enraging him…

Throttled her effortlessly
there in the Peterbuilt cab,
so quick and quiet
no one nearby noticed.

Maybe a few parking lot sparrows
looked up from their crumbs.

Those thumbs must’ve produced 100psi,
fracturing her hyoid like a wishbone
before she could scream,
even before synapses could panic.

No time for remorse…

Unless, for God,
a nano-second’s long enough
to sit down for a leisurely talk—

about slipping out the window
after midnight, not quite fifteen,
to meet Slick
behind the shrubbery;

about walking home on a Sunday morning,
either dumped on the outskirts
or escaped—disheveled
blond hair sticking to sweaty bare shoulders,
but cold sober;

about two babies, fostered
wards of the court;

about those cuts on her arm
that never heal,
self-inflicted; about self-loathing;

about an envied complexion,
sallow and scabby now,
and about those teeth in her pocket
still waiting for the Tooth Fairy
to exchange them for a dime bag.

With less  effort than a shrug,
he tossed her beside the Interstate,
about as far off the pavement
as the average littered beer can.

And yet no one noticed her for months—
soon enough though
that the flowers on her dress
hadn’t wilted, nor had her odds-and-ends
of junk jewelry become keepsakes
in a rat’s nest:
broken heart ring, beads,
and a charm bracelet
that had lost all its charms.

Her killer confessed eagerly—murder
no more alarming to him than a flat tire.
And not wanting a body count too short
for infamy,
may have added on
another gratuitous Jane or two.

A boy who set adrenalin fires
in dead grass
and stomped them out with outsized feet
mocked on the schoolyard—
a mad dance.

A boy who learned early,
strangling stray cats,
how to become his own god.
Who heard a personal choir
of sick angels
roaring non-music in his head
whenever hands closed on a throat…

Now doing it all, nine lives without—
that slow desiccation of psyche
in which soma
fattens on carbs and canteen snacks
as it withers.

A MAN FEARED THAT HE MIGHT FIND AN ASSASSIN,

ONE WAS MORE WISE THAN THE OTHER. (Stephen Crane, from The Black Riders and Other Lines)

First line: We know who; for me, all the tragedy of the story that follows lies in those opening three words. We know who, we knew it, we have heard it before, we have seen it before, we know how it started, we know how it will all end. A classic. Textbook. The story of two profound and human traits par excellence – Vulnerability and Sadism – the story of their meeting: Vulnerability dies, Sadism pleads guilty with very little remorse; the end.

It is that overwhelming sense of helplessness and inevitability that, like any classic tragedy, glues the audience to their seats. Vulnerability and Sadism: why does one always end up in the other’s arms? Tragedy at every turn. Still, tragedy would imply the presence of a playwright, a puppeteer to whom we can direct our anger and ask for a refund. I’m afraid poetry is no drama, fiction or journalism, but existential truth, wild silence: truth’s policy is to remain deaf to complaints.