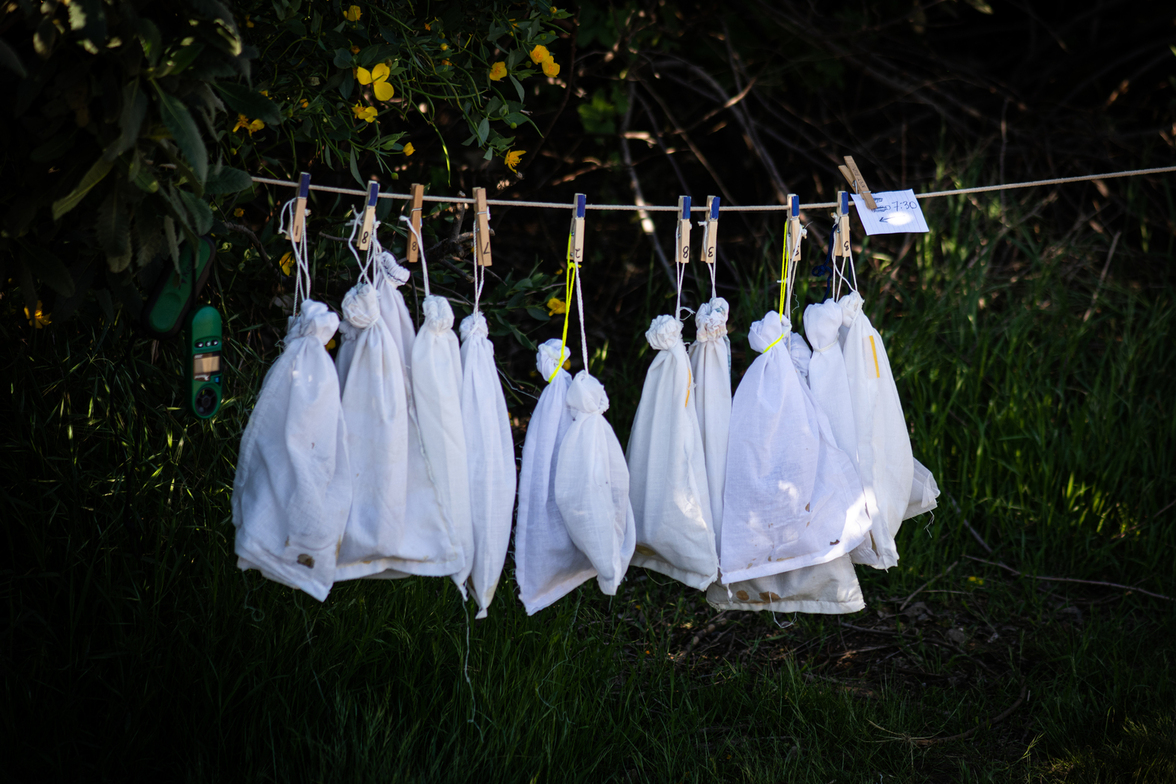 to meet her French lover.  They had been abandoned
wobbling among the vines like little white dolls, downy

with white tufts of feathers.  Their golden eyes unblinking
could swivel on their missing necks almost all the way around.

I caught them in father’s garden gloves then carried them
to the garage in a shoe box. My brother had made a nest

from a wooden crate he’d found and filled it with grass clippings,
pine straw and some flower petals.

We caught them worms, a couple beetles and brought them carrots
from the refrigerator and bread. We filled a plastic bowl with water.

The X of their feet were like little endings.  We placed them beneath
the large hickory in the side yard and waited to see if their mother

would return but she never did. At night, we opened the top of the box
so she might see them. We knew she could see in the dark.

By morning, we found one standing on the other and in its beak
a downy feather.  What was uneaten we buried in the backyard

near the lilac. By evening the second one had died too.
We watched the hickory and the ivy but she never returned.

We wondered what we could have done differently to have saved them.

The outcome of the extended metaphor in this poem is never in doubt, as the two abandoned boys struggle to manage a situation beyond their control. The beauty is in the details: “I caught them in my father’s garden gloves,” “The X of their feet were like little endings,” “We knew she could see in the dark.” With these insightfully crafted elements, the poet allows his simple narrative to unspool, plainly and poignantly.

What a poignant poem this is. We get just the one brief reference to the children’s own mother who has left, and yet we are told so much (and in such tender detail, evoking such care) about the owlets. Naturally enough, the shadow of the first abandonment falls clearly across the poem’s events but even then the final tragedy, within the semi-metaphorical owls’ world, strikes home too.

The poem juxtaposes two narratives: the siblings discovering abandoned owlets and their mother’s likewise abandonment of the family. The birds are described closely and lovingly: “wobbling among the vines like little white dolls, downy” and “the X of their feet were like little endings.” We see step by step the tenderness of the children in trying their best to keep the birds alive. Ah, heartbreak. The boys’ mother, like the mother owl, has flown; the father too has left, his presence seen only by discarded garden gloves and things from the garage. The last line expresses so poignantly the feelings of sadness, guilt, and self-blame in the desire to have done, been, somehow different and then saved all.

This poem has more depth than first meets the eye.  The abandoned owlets are somehow related to the mother going off to meet her French lover.  Without saying it, maybe the boys identified with an abandonment.  The eyes of the owlets are “unblinking” much as those of the boys watching their mother’s departure they perceive in her tryst.  Later when they’ve placed the tiny owlets in a wooden box they wait for the mother to return, but she never does.  Maybe this portends of the boys’ own lost innocence, never to be regained.  But what struck home with me more than the symbolism of this poem was the regret the boys had for not having had the wherewithal to save the little owls.  Even the wildness of the tiny bird that killed and cannibalized its sibling was not as moving as the sense of regret, the memory of the boys’ failure.  Much of life is like that, it seems, the knowledge that comes too late to save you.

Any poem that begins with “The spring my brother and I found the owlets in the ivy was the time mother left us with our grandmother//to meet her French lover” is going to be a good story. The care for the owlets as a child’s version of sympathetic magic is a nice touch.