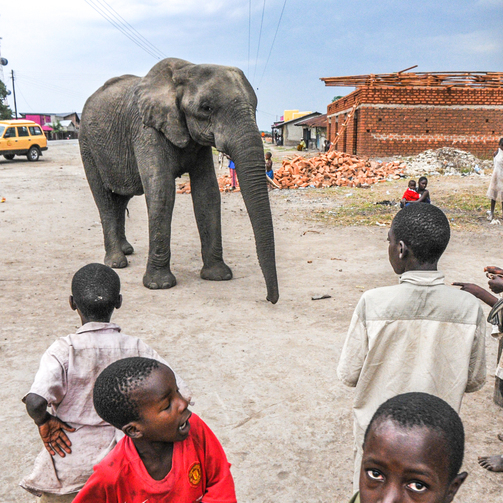 How sinister, to be a European.

When the ethnographers came, we were proud
to lie. It was as if, without a word, we all knew
what to do. We made up rituals out of mud
and straw. We sacrificed dogs, chickens, a man
whose name no one could remember.

The ethnographers asked us the same questions
over and over, hoping to snare us, to get us
to say more than we wanted. We became expert
at slipping away, like the she-leopard decoying
hunters from her cubs, prepared to die.

The ethnographers watched our women dance
and our men drum, their avidity plain
even through lenses. They swilled us down
like dolo, drunk with us, trying to sway along,
yet never finding rhythm in themselves.

The ethnographers took everything we said
and filed it away, much as they took every other thing—
our fetishes, our masks, our tools, even our doors—
leaving us to drink from cupped hands, to sleep
with whatever remained of our darkness.

I admire this series of poems, the deft blend of narrative and lyric, to show the exploitation of native peoples by ethnographers. From the title, then the epigraph (“How sinister, to be a European,”) I was hooked. The use of “we” as narrator emphasizes the collective identity of the tribe. “[W]e were proud / to lie” shows us the deep intelligence wrought from ancient, sacred traditions, which contrasts with the ethnographers, who are at turns voyeurs, takers, exploiters.  This poem is followed by “Member of the Expedition, which also uses “we” to tell a story, this time from the point of view of the colonizers, who are clearly out of their depth and casual in their greed.

To have vs. to hold. Plain avidity – that’s the root of it. These poems call out the capillary forms of human avidity like a series of studies on the subject. Avidity is what permeates every gesture/question/loot/offer/intercourse/narrative; behind every prying gaze and every bargain, avidity.

Different realm to explore, different world to ruin or spells to break, Joe Bisicchia in his Frankenfish speaks of green skin and of an alien vibe that makes us, just as the anthropologists here, so unable to coalesce with the other natives.

As the ethnographers look at the other – could be Africa, could be next door – they expose themselves for the creatures of greed they are – unfulfilling greed: much as they took every thing, yet never finding rhythm in themselves.

Avidity: I say let’s look for it in our daily industries and expose it for what it is – could be a first step towards trying to control it and not to be controlled by it and who knows, might not be all bad news. After all, the same avidity has brought us here and, before we know it, onto the next page, leaving no stone unturned, no trajectory unchecked, no make-up unstripped, no darkness left to sleep.