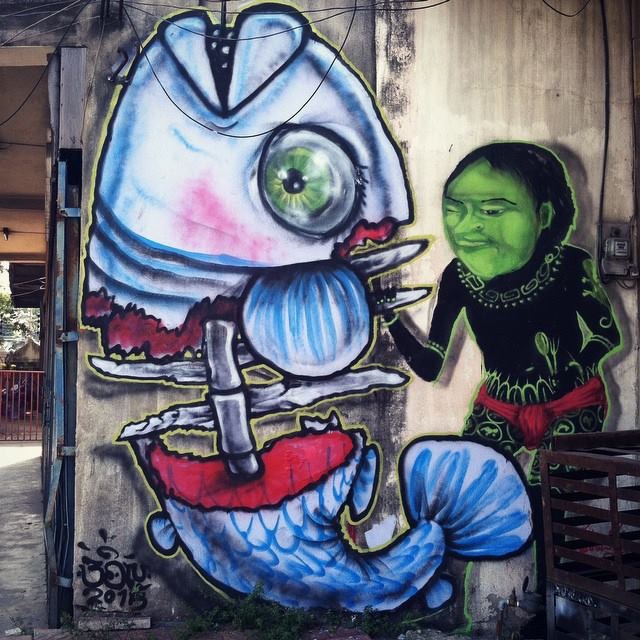 There is a sense in which all art arises out of injury or absence, out of the artist’s sense that there is something missing in him, something awry or disturbed.

from “Finishes: On Ambition and Survival,” Christian Wiman

I should just say it straight out: I’m increasingly convinced that there is a direct correlation between the quality of the poem and the poet’s capacity for suffering.

warmed by this comb breaking in half

We’ve been publishing poems of Simon Perchik’s for the last several issues of Triggerfish but I’ve yet to review his work and regretted not having done so sooner, then offhand he mentioned that if I contacted his agent, she’d be happy to send me a review copy of his latest book, Almost Rain. I had been unaware that he’d published a recent book of poems—his contributor notes are very brief. One of our stated goals and mission at Triggerfish is to to talk some about the poems we publish, why we read them, and why we want you to read them.

The work of Perchik’s we’ve been publishing are elegies, and he’s been writing these for awhile, evidenced by his book which came out in September of 2013. Almost Rain has 58 poems in it—it’s not a fat book, but it’s a very dense one. These poems aren’t the kind you can skim through hastily or read a bunch in one sitting like the poems of Bukowski or Collins, but at least for me, require several readings each to really get a firm footing in and catch your bearings, and the attention they demand of the reader is always rewarded. It’s not gimmick or prose, this is poetry.

The book is structured like one of his untitled poems, not chronological, but linked loosely by the thematic material, particularized subject, and recurring motifs. The connections between these are strange but significant, and if you look hard enough a palimpsest of logic can be seen beneath the apparent surface—at first the event, connections or the meditative reflection may appear opaque, random, abstract, or surreal (and it often is surreal)–in one poem he recounts being on a beach and presents himself looking at a child who looks back at him as he speaks lines from that poem, and says, “the kid thinks you’re nuts”–but almost all these poems I find a quirky but discernible way of viewing an object, a subject, memories, or a meditation on events. What tinges them with the surreal is the juxtaposition or the fresh consideration of objects, ideas, and the links between them. Suffusing them is longing, nostalgia and desire. The poems are anything but nuts but might easily appear at first glance, gibberish, nonsense, or insanity to a child or careless reader, the uninitiated or untrained observer, or one unacquainted with a grief that has driven the poet to a brilliantly idiosyncratic vision and a corresponding stay against succumbing to despair; they form a chronicle of how this poet bravely copes and consoles himself after tremendous loss(es) through the writing of elegy in the post-modern 21st century.

What are elegies, or elegaic writing? David Kennedy in his book, Elegy, states the goals, problems or questions of elegaic writing this way, “Can I grieve in writing? What is the best form for doing so? How do I balance writing about the deceased with the fact that writing grief makes me my own subject?” (page 1) As Kennedy makes clear throughout his critical study of the subject, elegy stresses mood over form, and in fact diversity of form seems a necessity and might even take on the structure of a novel, or as he puts it: “[their] remarkable hospitality to different styles and modes.”(page 2) Perchik seems to have settled into an idiosyncratic structure that varies some but doesn’t deviate much from a 3-4 beat line, often in triplets, utilizing unexpected enjambments and spare on punctuation. He eschews any other title than the first line as a default. He seems to enjoy all the variation he requires while retaining this signature style and structure.

Getting back to elegy for a moment, the sub-genre began in classical Greece as a pastoral poetry for lover complaints or funerary lament, moving on down through the romantics where Coleridge says this: “Elegy is a form of poetry natural to the reflective mind. It may treat of any subject, but it must treat of no subject for itself; but always and exclusively with reference to the poet. As he will feel regret for the past or desire for the future, so sorrow and love become the principal themes of the elegy. Elegy presents every thing as lost and gone, or absent and future.” (Coleridge 1835, quoted in Elegy, page 4) Kennedy outlines further, “…an elegy, more than any other genre of poetry, is a poem made out of other poems…defined progress from grief to consolation and detachment (page 4)….” Finally, Kennedy quoting Jahan Ramazani, “Modern elegists, he points out [Ramazani in his book, Poetry of Mourning: the Modern Elegy from Hardy to Heaney], have tended to attack convention and often leave their readers and themselves inconsolable.” (Ramazani 1994, 1-4, Elegy, page 6).

That should give us a little background and a bit of overview of convention and purposes for elegy in order to see how Perchik might be using elegy as a mournful song, in his context. If these kinds of poems are public displays of private grief, working from negative positions of loss, the problem of representing absence, desire, nostalgia, how does one transform this into a positive, obtain or offer consolation, in an era that no longer believes in the consolation of an afterlife or resurrection? Can the writing itself make death more apprehendable or approachable, can it transform loss into illumination to the poet, the reader or both? These are ambitious challenges, and one that no one would willingly undertake unless one’s survival or sanity were at stake. If healing or the obtaining of the object of one’s desire is impossible, is consolation or coping possible? As a reader who is either familiar with the kind of grief Perchik is treating with, or not, I believe what he achieves in these poems is consoling, resonant, and captivating, if not luminous all at the same time. Here is a poet at the height of his powers writing about the most important and inevitable of all subjects, and the beauty is that if he and his own grief is his subject, one cannot find fault for any limitations one discovers and is often astounded at his emotional strength as well as the whimsy and imaginative reach, poetically. To quote Kennedy one last time, “…the task of elegy, the poem that habitually begins in silence or confusion, is to produce the elegist’s own coherent self…the performance of elegy has not only healed the elegist: it has revitalized him and raised his art to new heights of sophistication….the elegist sets out to counter and resist chaos and oblivion.” (page 24-26)

Let’s look at some of his specific subject matter in the form of recurring motif, and some individual poems. The first poem opens with the worst of what we can expect in stanzas of anti-consolation by introducing the problem, but hard truths for the writer and reader:

So, instead of life we have stones, a limited, finite sky instead of one that opens up into afterlife, or eternity, and the beloved is gone, no longer visible or present except as transmuted into the lowest of plants, and even the wind, traditionally associated with breath and spirit is without source and origin; spare, rich and image driven. Not always, but often, Perchik frames his poems around a mundane event or action that is veiled through a surreal or disjointed narrative arc such that it may not be immediately recognizable for what it is but what it does is offer a skeleton or framing structure to what otherwise might seem random and ethereal reflection or oddly juxtaposed images. One poem narrates slicing and eating an orange while watching a storm of thunderheads come in:

All afternoon these mountains, airborne
–from each cloud its fruit
ripens only on the run :rain
is never harvested—I let fall
an orange then mist :the crop

Narrating the delivery of roofing materials by a lumber truck:

lets you shave, take over

Other poems describe a theater before a musical performance; watching ants build a nest; a description of the growth of a plant in the garden; a walk on the beach; painting the house.

Alone now, he whimsically imagines household pests enjoying a dinner with family fellowship he does not begrudge them, as he places a folded sweater in the closet:

a family is gathering for dinner, cashmere
with oil, some garlic, a little salt, lit
and wings warmed by mealtime stories

raking leaves at dusk; pulling weeds; the ritual of washing dishes or specifically a cup:

and night after night you wash
this same cup, over and over
to start a simple fire.

And then with the poem he ends the collection with he rows across a pond or lake while his beloved seems to be following the boat under and in the actions of the lapping, rippling water:

These waves still surface, not sure
it’s her lips that open and close, kept moist
though you can’t hear her voice

Many of the poems have to do with visiting the gravesite. In keeping with elegy, the poems often have a pastoral subject matter in the recurrence of rural or natural objects of Perchik’s home and surroundings such as dirt, grass, flowers, the sun and moon, clouds, hillsides, roots and harvest. And the sea. He likes to write about opposing states or forces such as heat and cool, dark and light, day and night, and the idea of ‘half’ or things halved.

The central-most subject that threads itself through the book is rain, and the title of the book is taken from a line in a poem:

half copper, half green—you point
and my heart too, covered with algae

Rain of course is an archetype that can point toward antithetical meanings of either life or death; something associated with renewal in spring but also via the pathetic fallacy with weeping. Usually rain has negative connotations but there’s always the tension of it being a force going both ways, which is brilliant:

and the monstrous thirst
all stars are born with

with each kiss you drink

the way each grave goes door to door/ as rain–

I love Almost Rain, and will return to it repeatedly. There are several reasons I enjoy it and would recommend it; partly because it’s true poetry written by a master at the height of his powers—the real deal: Art. This is not poetry written by a poet at the beginning of his career flailing for something to say or write about. The stakes couldn’t be higher, and it’s fascinating to watch and engage with a poet struggling to transform grief into luminosity and consolation where there seems to be little or none. Not only is the sentiment authentic and sincere here and without a trace of self pity, but Perchik has something meaningful and important to say about enduring love as much as about loss, and the skill and talent to do it. Only time in the cockpit and having lived life and still living it offers something as real as Almost Rain. I’ve intentionally been generous in my quotes and examples of his poems so that you’ll get more than a passing glimpse of Perchik’s achievement through these poems—they’re brave, unflinching, unsentimental and necessary—get a copy and read them! In the meantime we will continue to publish his work in upcoming issues as long as he sends poems to us. He often signs off his letters, “thanks, it keeps me going.” His work keeps me as a poet and an editor going too. Thanks Si!