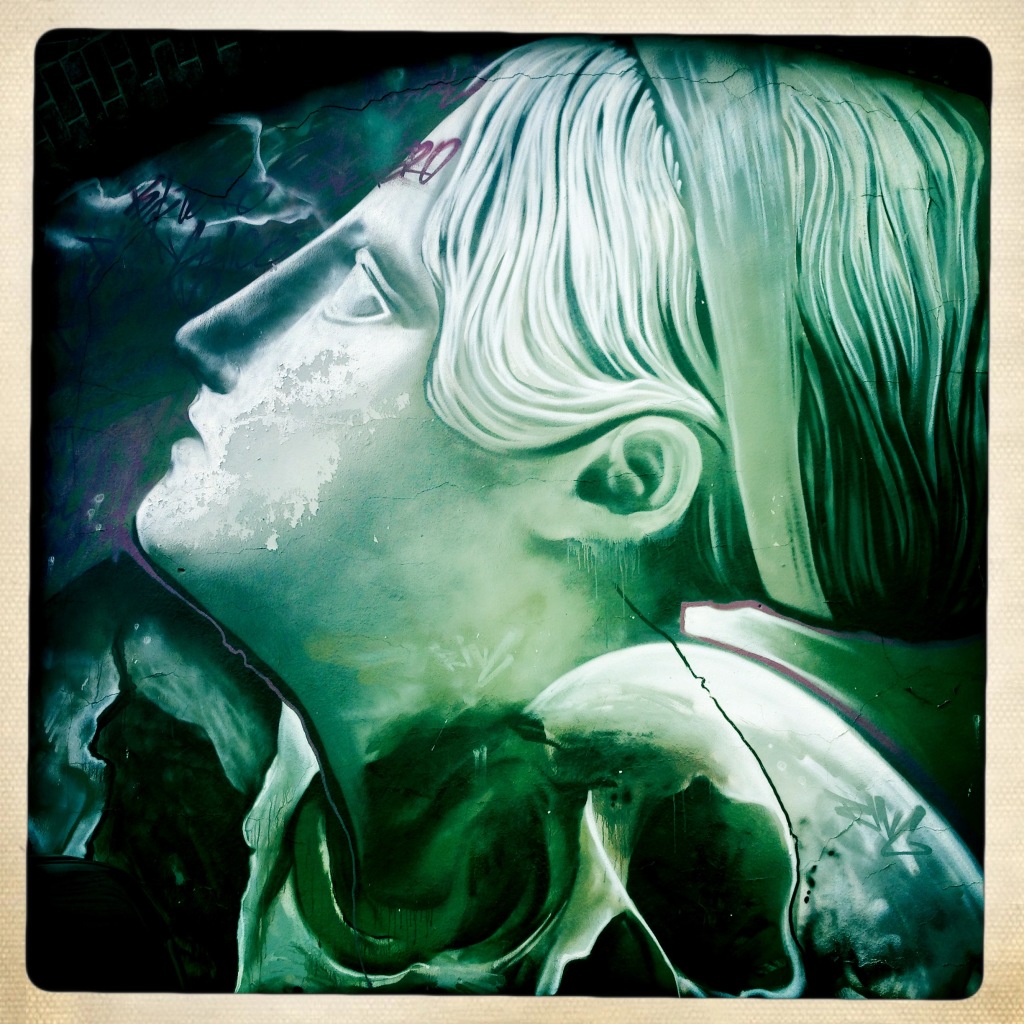 “Here’s the church, and here’s the steeple; open the door
and there’s the people,” she taught me to say and do.

She told me about how God walked with Adam and Eve
in the cool of the day. I already knew God didn’t do that
anymore.

Three-year-olds are beginning to forget about Heaven. Now,
Jane is leaving Alabama and going to the Holy Land
on a tour packed with Michiganders.
Sweet chariot.

The ambient anger one accumulates in life.

Pastors in Jane’s tradition never preach about Satan and Hell.
She is sure Jesus’ suffering was bearable.
An unsightly ritual thing.

8am in the Airport Bar and Grill, I sip a neat bourbon
and chew on a pizza roll. There is a nearby rumble of passenger
jets. There and back. Going and coming.

I cannot play golf when I’ve been drinking.
My body doesn’t work right. Walking 9 holes as a lad, I could feel
something there at the dewfall. Something growing as I was growing.
Day after day. A state of being always wishing to begin.
Always signaling the safety of beginning.
Again.

For me, the scariest part of flying is the liftoff.

It is an Easter tour. Sister Jane will have her feet washed in the Upper Room
on Maundy Thursday. She will visit Calvary’s hill on Good Friday.
She will be at the Empty Tomb early Easter morning.
A Presbyterian pastor will read a few Bible verses about rebirth and pontificate
on them. All the tour people will watch Catholic Christians and Orthodox Christians
eating and drinking the Body and Blood of Jesus.
All the tour people will have coffee and donuts
and continue their resurrections.

When I was 19 or so, I left this lounge and boarded a flight to San Francisco.
I stayed 2 weeks. Disco was just starting up on the West Coast. I met
a seamstress in the Wimbledon Bar and Grill. She had a house on the water
in Sausalito.

Sister Jane’s mother had statues of the Happy Buddha
on a shelf In front of her Oswald Chambers books.

As a youngster in Presbyterian Atlanta, our Jane signed a pledge
saying she would never take a drink of liquor or smoke a cigarette.
I still eat raw meat and chew the bones.

Jane decided I was an alcoholic around my 18th year.
I just wanted to be a fool, court jester among the pavilions
of Heaven.

I overheard some teachers discussing me in high school,
two Poor Clare nuns. They talked of “the dark cubist depths of his soul.”
The “smooth machinery there.”

I found solace in black and white TV, then.
Does the Beaver have PTSD, now?
Do Princess, Bud or Kitten have alternate personalities?

I became a Catholic when I was 40.
It’s still a toss-up for me whether I should first go
to the Holy Land or Rome.

Sister Jane will cruise the fjords of Norway later this Spring.
She will encounter the Norse pantheon. I once had
a subscription to Thor comic books. The god of thunder–
he threw said hammer mightily.
And so on.

The Holy Land. Where Jesus stomped on the terra.
He did not come of age in south Georgia. Life is still hard, here.

When did Jesus know he was God? And did the realization make it any
easier? The suffering, the grinding, minutes hours seconds?
“My God, my God….”

It seems the Wise Men knew something.
And the terrified shepherds in the field. And all the angels of heaven.
Was it when he came naked and shivering, gasping at the shock of life?
Or was it in Simeon’s arms? Or was it when he stayed behind in the Temple?
Or was it when he was baptized by John? Or was it in the desert, where even Satan
did not know? Or at the beginning of his public life? Or at the Last Supper?
Or in Gethsemane? Or when he prayed in the fortress dungeon in the pristine hours
before he ended the reign of sin?