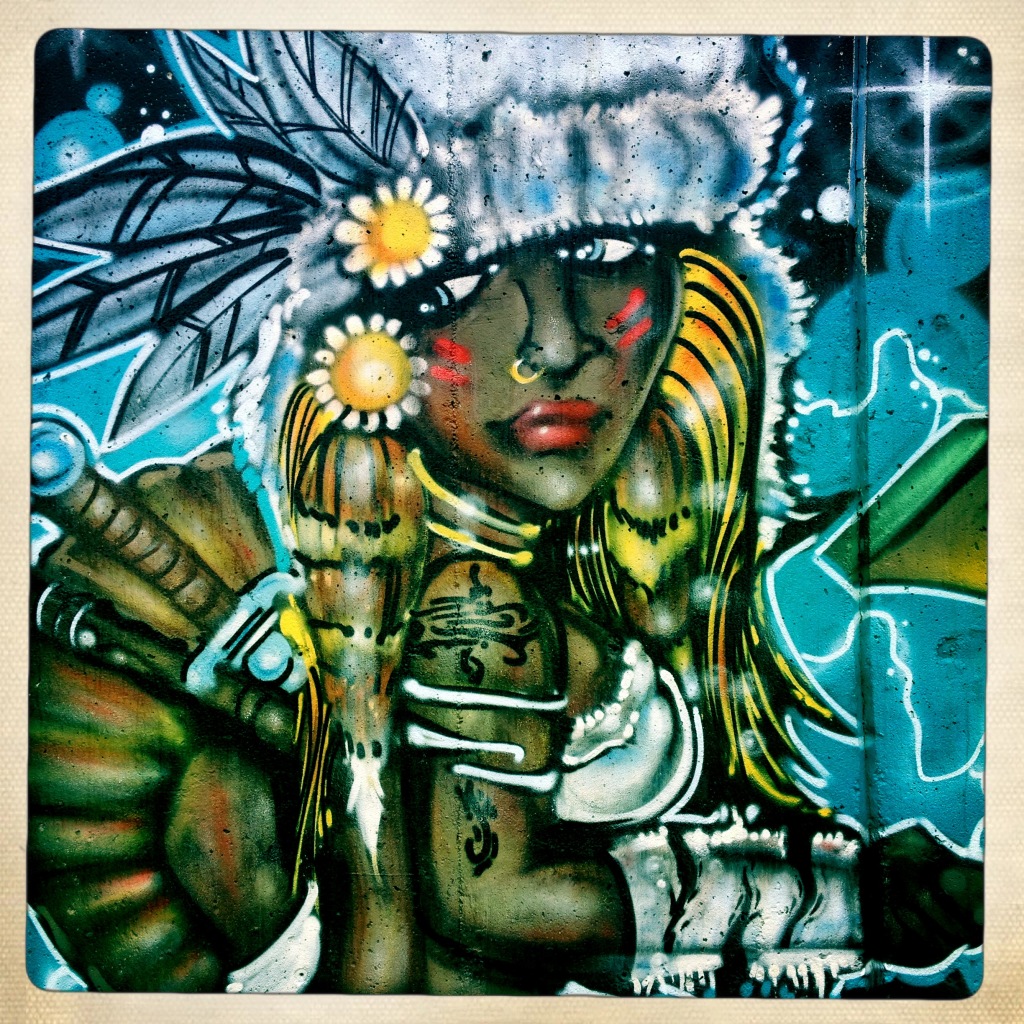 Novelty sits across from sympathy and
other nostalgic things.

The phone had long fallen off its cradle and the
dial tone continued to perpetually sound throughout
the otherwise inanimate room.
This monotone cry was the only sign of life, signifying
what had once been had.

What’s funny about the backwards song, is that no
once else ever seems to notice what’s been sung
until the moment the singing stops.

A Rubik’s cube sat just beside the fallen phone. It
was entwined by the cord, as if it were the prey of
a snake; both near mementos from a floundering era.

If there ever was a day where I’d let in the rain, if
there’d been a time for me to let the doorbell ring,
it would be when I could recall the last moment where
I had need of a land line or something to fiddle with.

Until then, the curtains won’t dance in the way of the wind.

A dial tone is playing in my head as I write “Tennae Maki has a gift for the Day-Glo bygone.” What I appreciate most about this poem is its structure of observation mixed with conjecture. That and the manner in which it closes on a lack of response to the breeziest of stimuli, a stark contrast to nostalgia’s primary function as one eliciting mechanism after another.

Maki’s first stanza opens with a fallen telephone receiver and the perpetual drone that follows. Interestingly, she imbues it with a “monotone cry” – communication sounds of the last century ranging from a rotary’s swivel to the wall phone’s haunting, yet mesa-smooth pitch. I’m a fan of the line break “signifying/ what had once been had,” Maki’s arrangement of the last five words as tonally perfect as they are well-timed. Her second stanza succeeds as a coda to the one prior, a “backwards song” (accompanying our “otherwise inanimate room”) serving notice of the melody’s severance, alluding, perhaps, to ephemera – the anchorage of all things nostalgic.

A Rubik’s cube adds to the non-life “entwined by the cord” of a suddenly reptilian phone. Praise to Maki for re-imagining those old-school coils generally the color of kiddie-pool blue or poison control man green (Mr. Yuk, anyone?). Note the third and fourth stanza’s shifts in diction with the words ‘floundering,’ ‘tessellations’ and ‘abandoned.’ These elevations – cerebral, but not overly so – enrich the poem’s tapestry, ‘floundering’ and ‘abandoned’ inching toward sentiment, though held in check by the ‘era’ and ‘puzzle’ they modify. Also commendable, the detail that the phone and cube are “near mementos,” as if they’d missed the cut by a margin’s breadth, leaving one to ponder the criteria for inclusion in Maki’s Transitory Smithsonian (opportunities worth exploring in future poems). Regardless of its near memento-ness, I enjoyed stumbling across the gnarled calisthenics of a toy whose geometries both celebrated and flustered the solver’s precision, or lack thereof.

The final lines revert to conjecture, our Rubik’s cube appearing as “something to fiddle with,” the narrator’s idea of leisure nearing obsolete, not unlike a landline’s busy signal. The tapering of diction is effectual, as Maki’s use of the “I” incorporates a more reflective winding down to a poem that evokes technology and knickknacks from a time that was as malleable as it was complex. Cheers to the author for encapsulating a wistful nostalgia without smothering it, the difference separated by mere corners locked in recollection’s cube.